The next installment to my latest ongoing project is that of legendary Confederate cavalry general James Ewell Brown J.E.B Stuart. 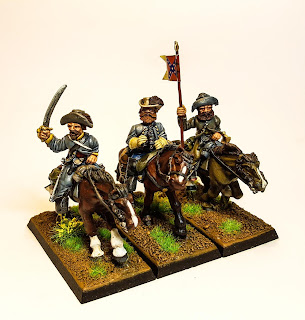 All three figures are Dixon sculpts again of course which I really cannot champion enough. Another thing that amazes me here is the fact Dixon seem to vary their character figures as the previous Jeb figure I've seen online is looking straight ahead whereas my version is as you can see, is looking at an angle. 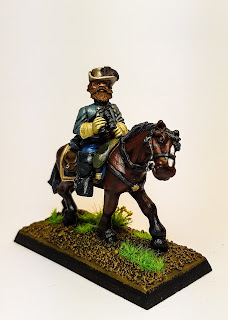 Charismatic and flamboyant, the cologne wearing Stuart was a master of reconnaissance and Robert E. Lee's eyes and ears. Stuart met his demise in 1864 at The Battle of Yellow Tavern, mortally wounded by a dismounted Union cavalryman. 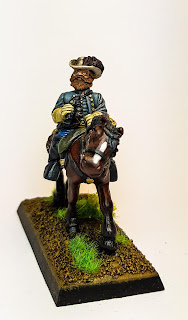 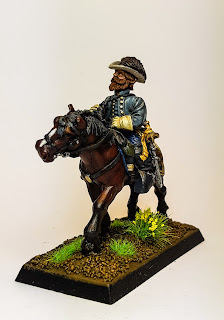 The cavalry guidon is from the Redoubt Enterprises flag range. I'm going to resume with some more infantry for now and fit another couple of cavalry figures as and when. 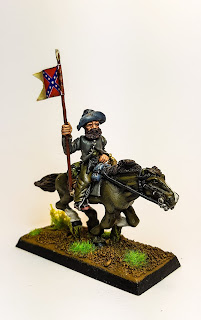 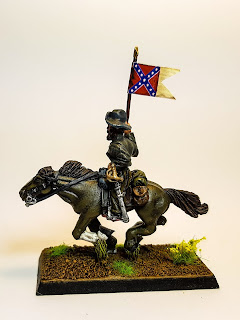 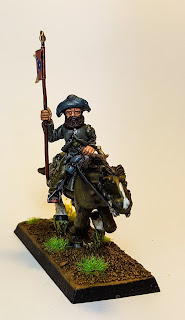 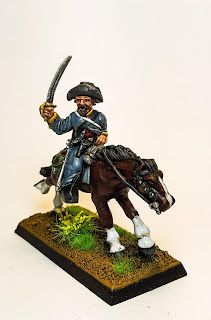 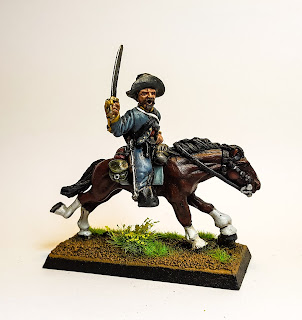 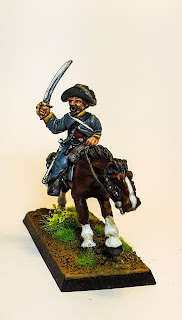 There is also a plan of a diorama of Pickett's charge (or at least a small part of it!) over the coming weeks. Well more than just a plan as I've ordered all the models and purchased a base so that'll be something to occupy me into the new year.
Posted by Shaitan at 12:52