Just a few various characters here. Think I picked up Gyokurinti in amongst some other Hobgoblin solid base guys several years ago. He's complete with tail which apparently is a bit of a rare thing. The other two were about a pound each from Southsea Models many years ago. 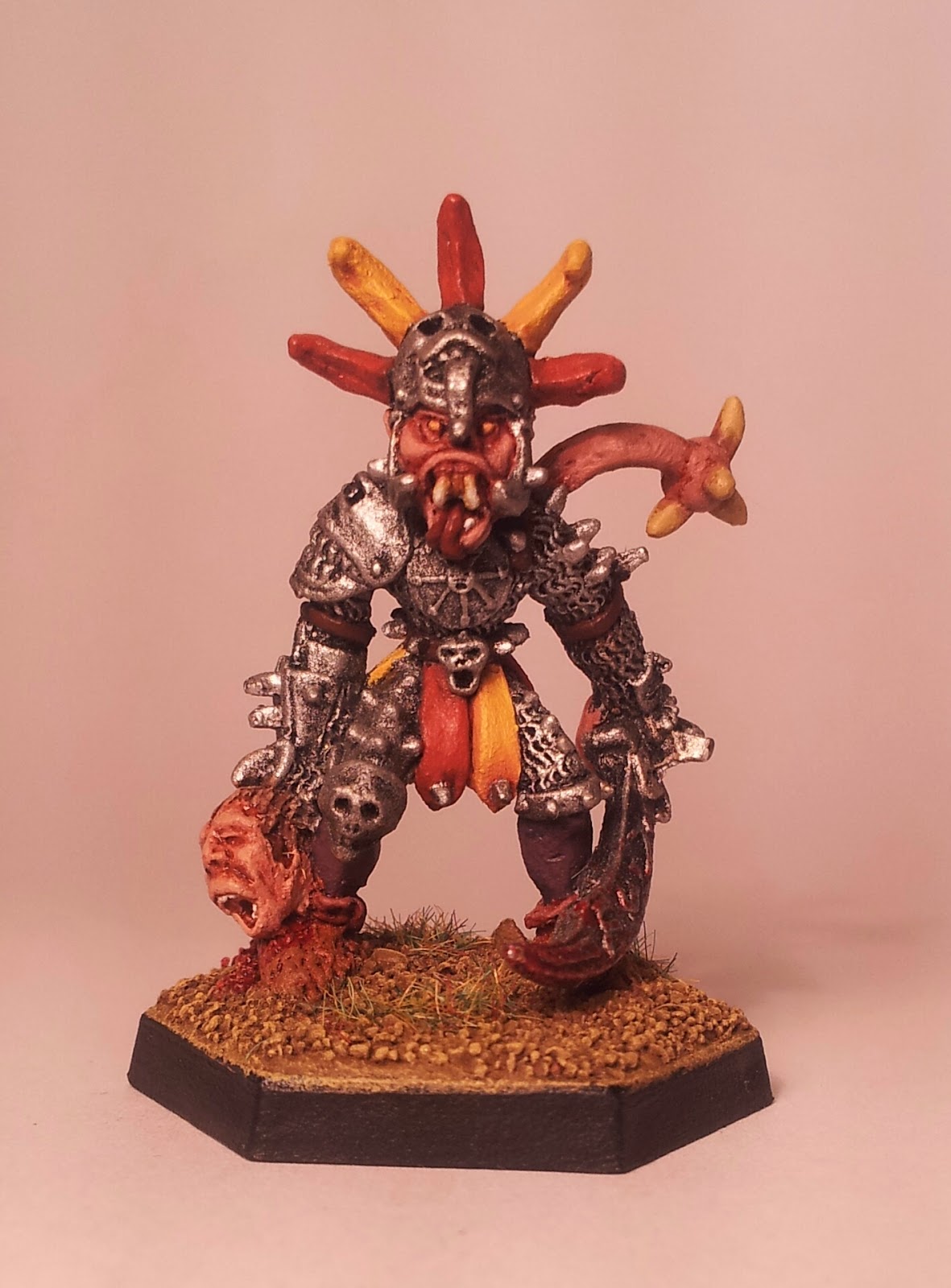 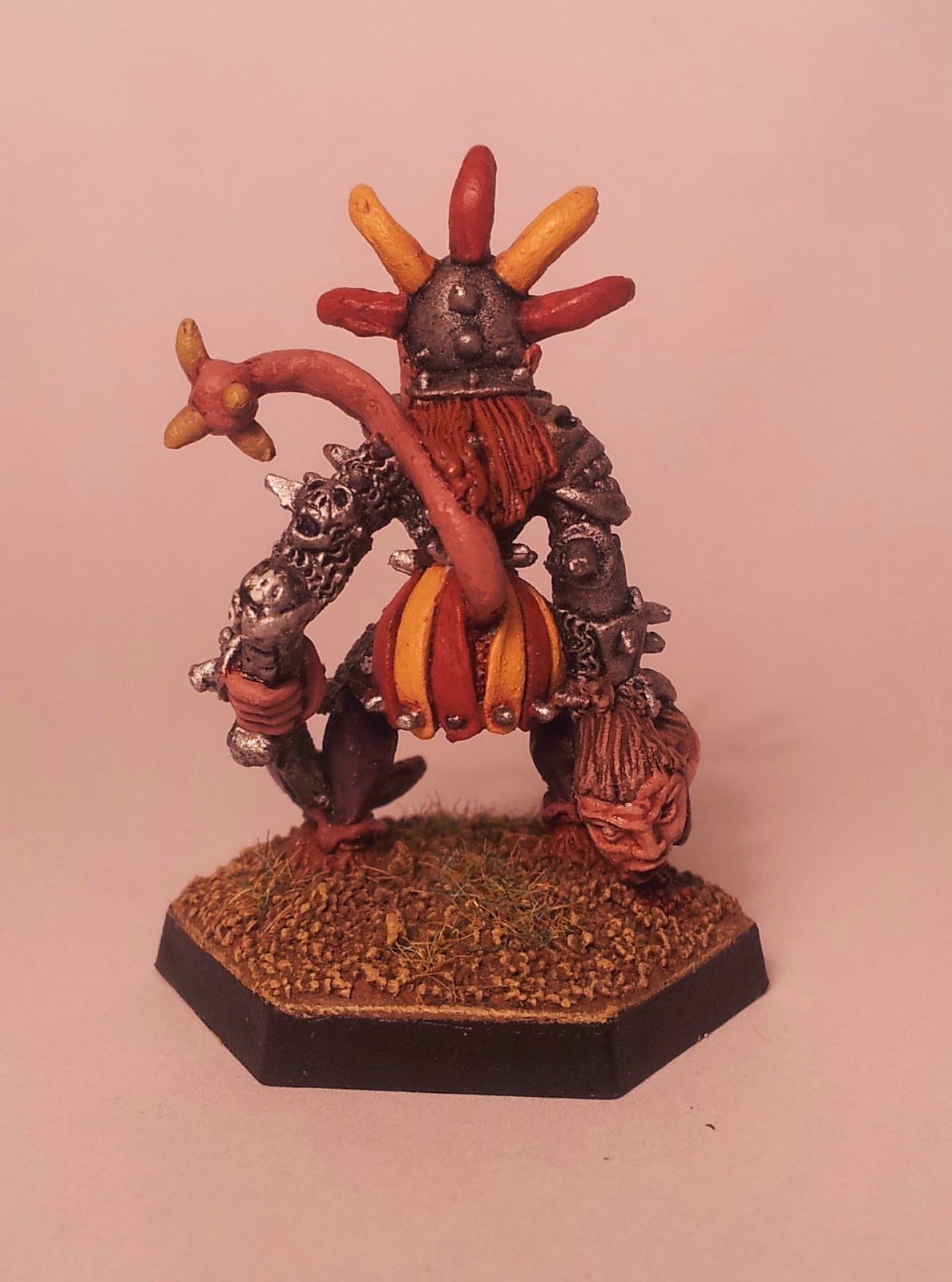 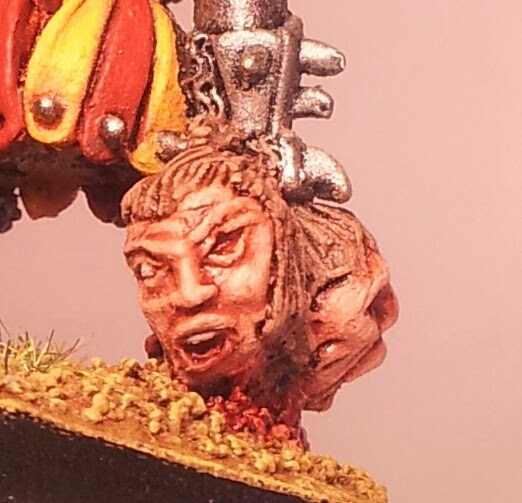 Fergus McEwman from The Tragedy of McDeath.
Aka Hercule Throb of C01 Fighters range. 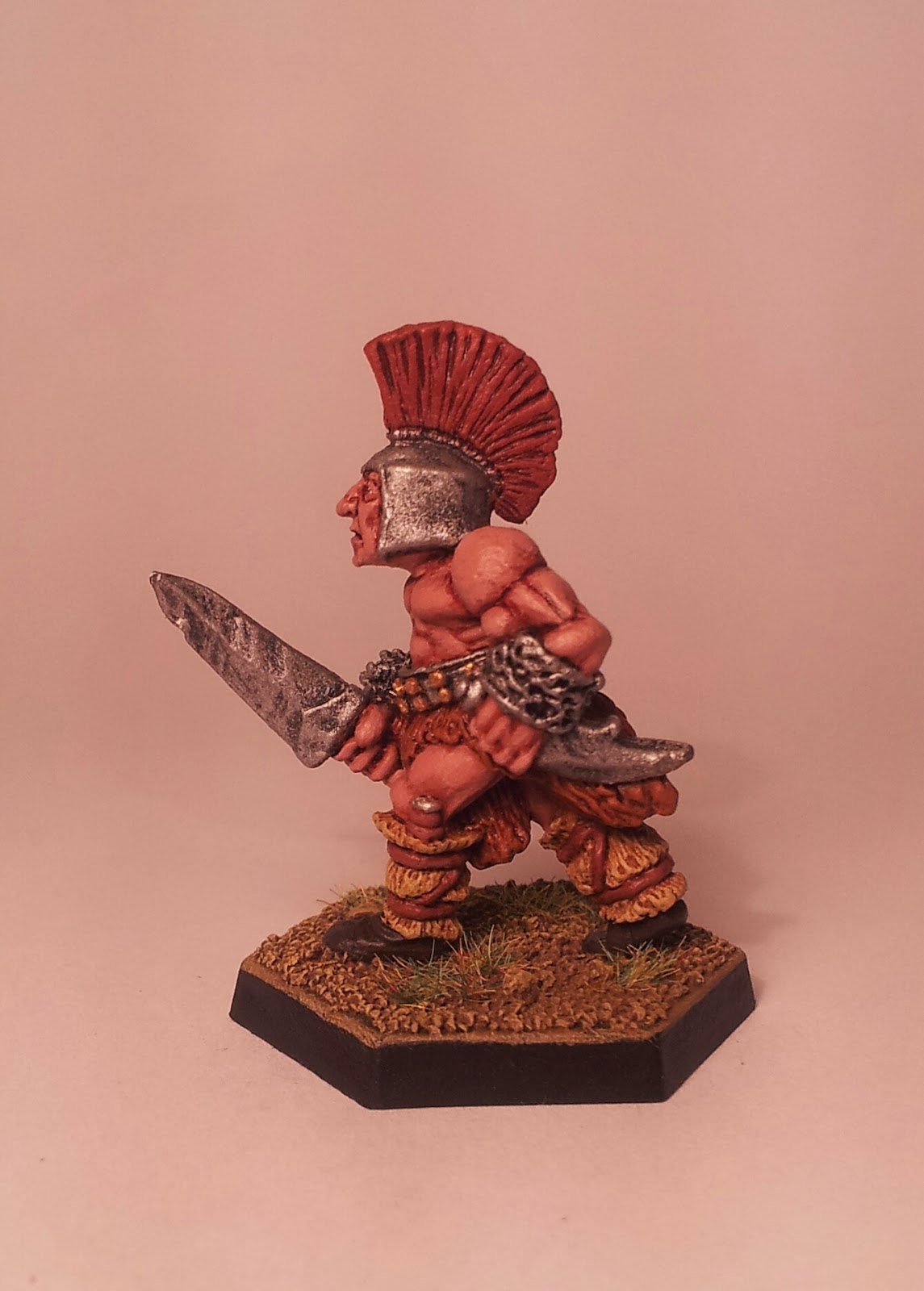 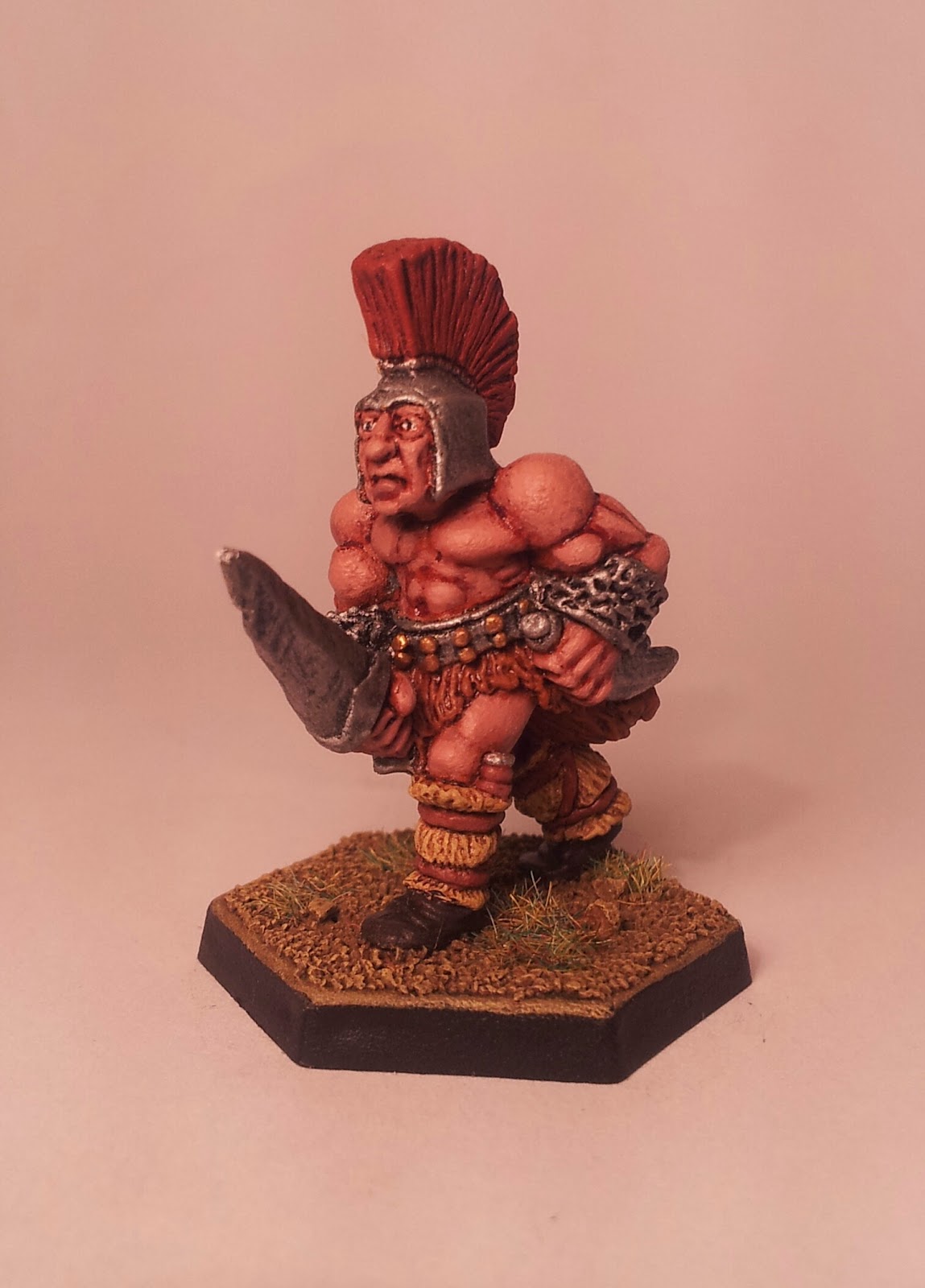 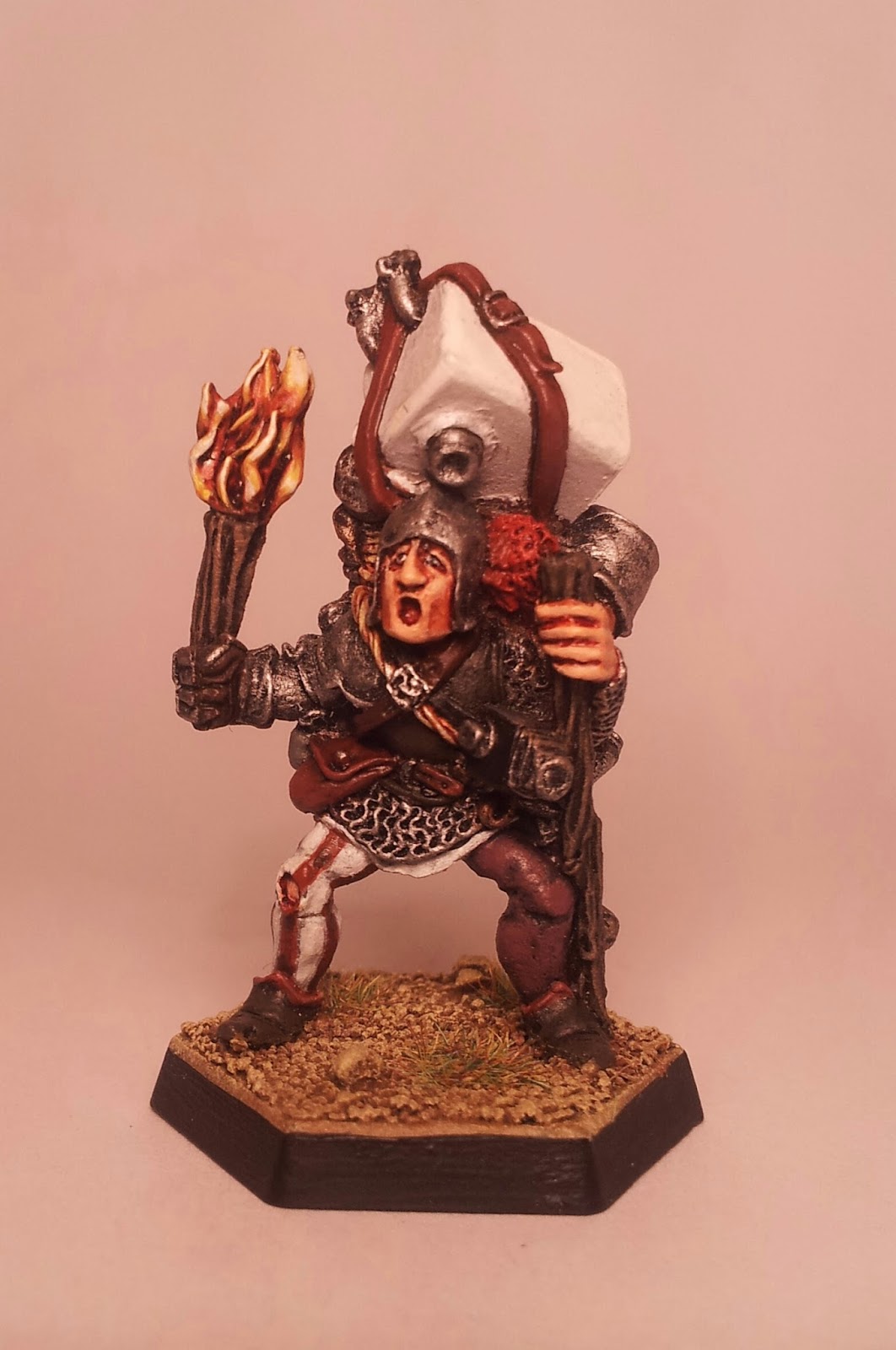 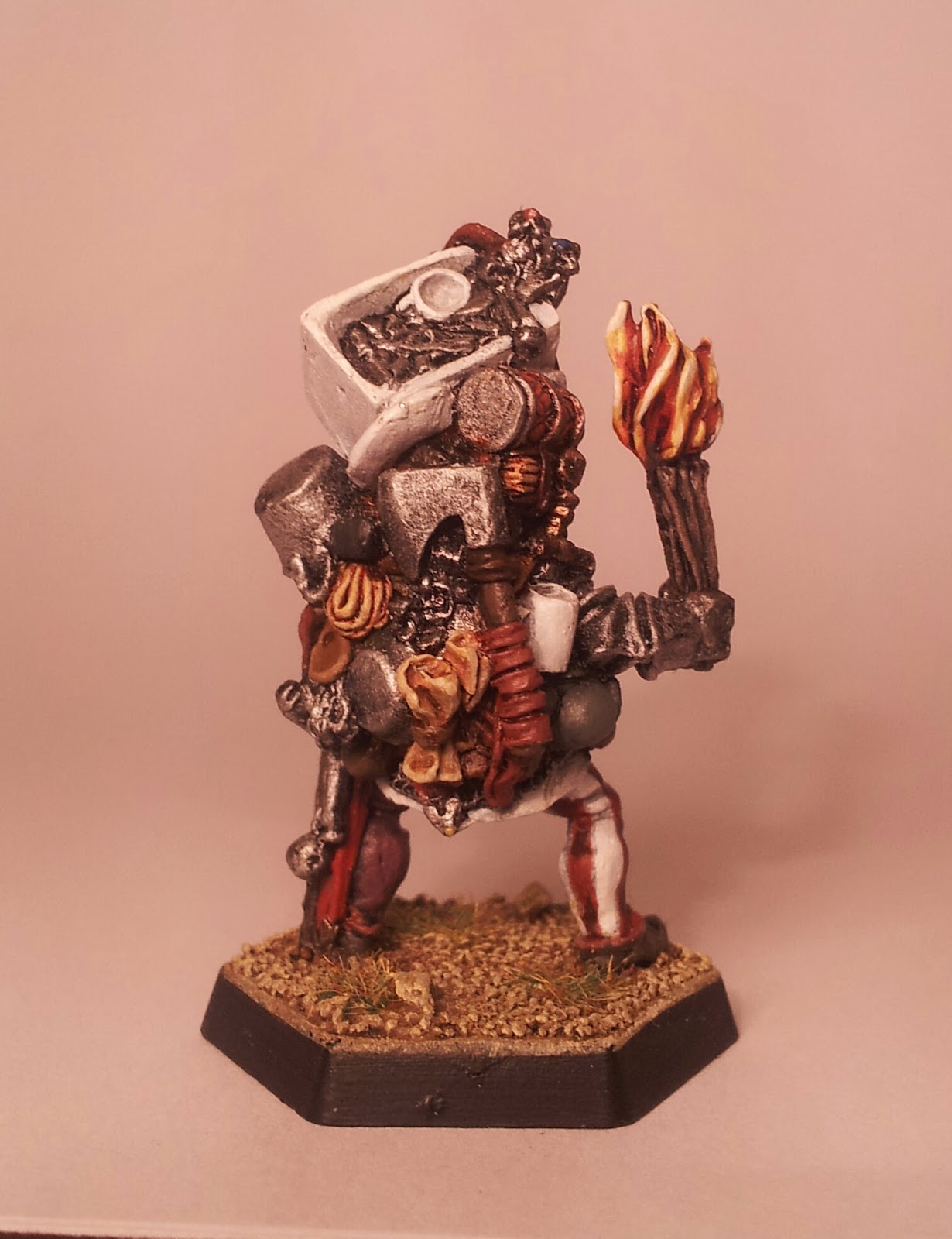 
These guys have been hanging around for about 10 years waiting for the rest of the team to be painted. I think it's about time I got the rest done. More to follow soon with luck. 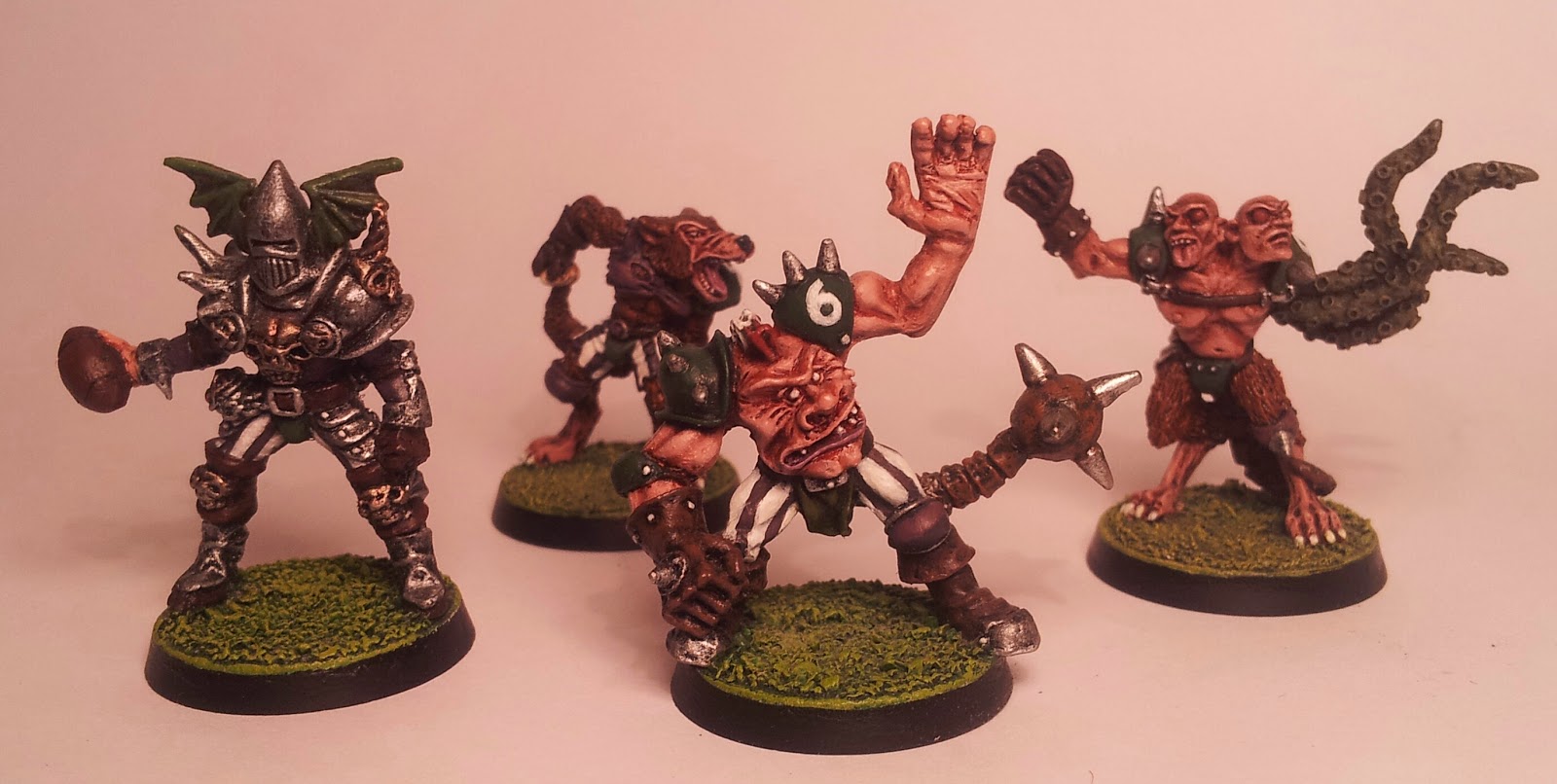 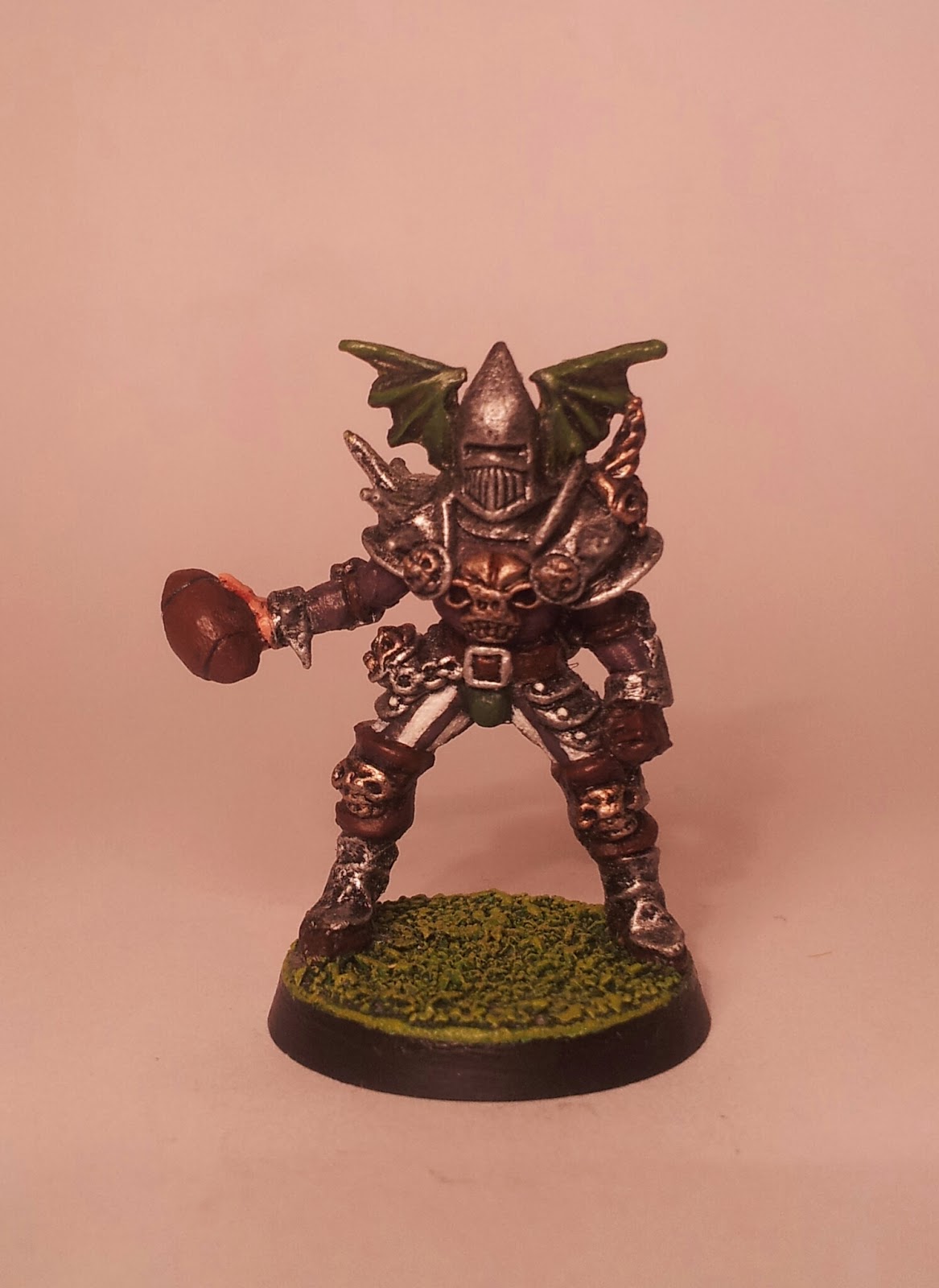 After finding a mounted Kaleb Daark in an old pile of fig junk in Southsea Models back in the late 90's that was missing a right hand and dreadaxe I decided he'd make a satisfactory Chaos player. He now sports a pair of Chaos Marauders boots. 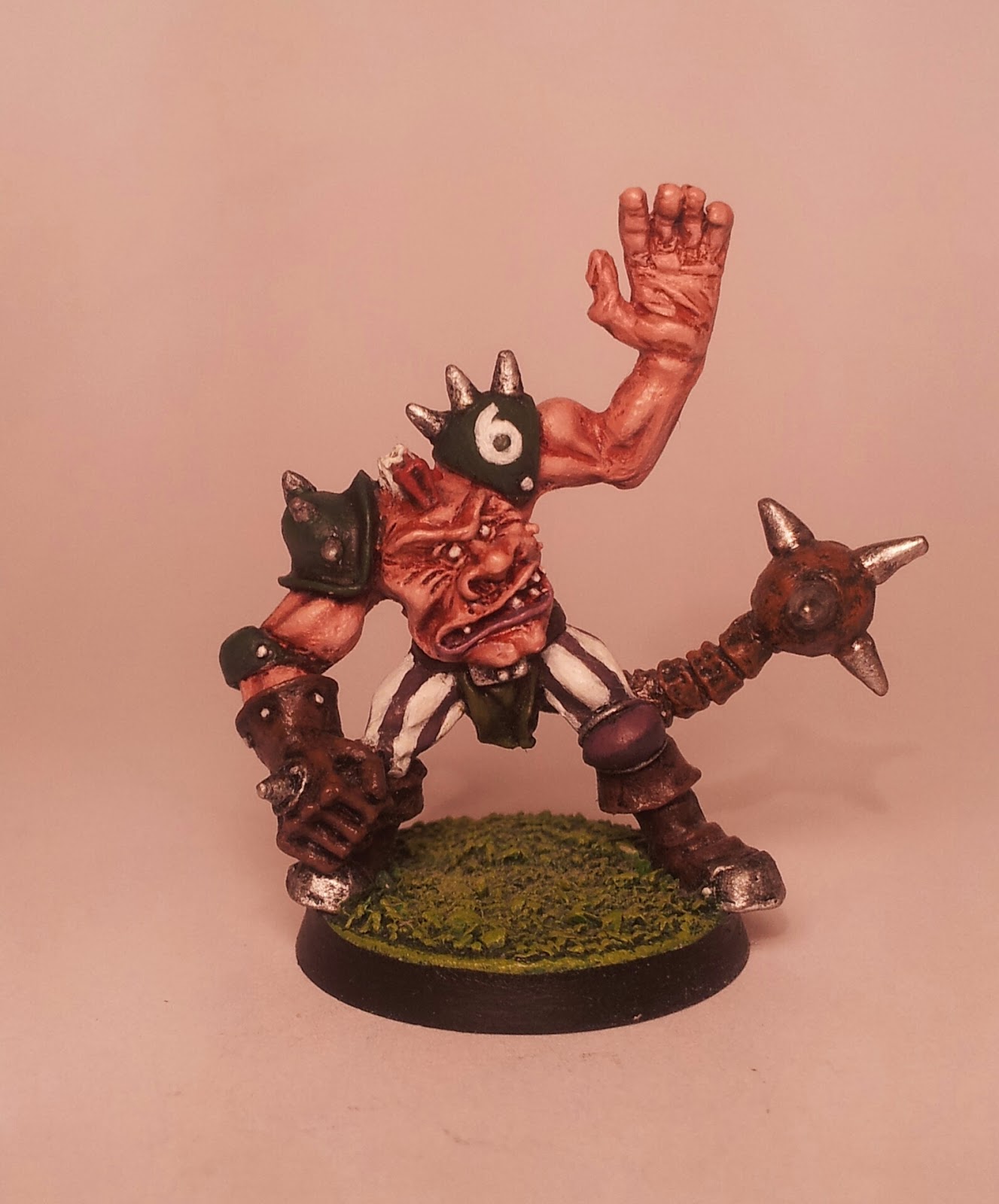 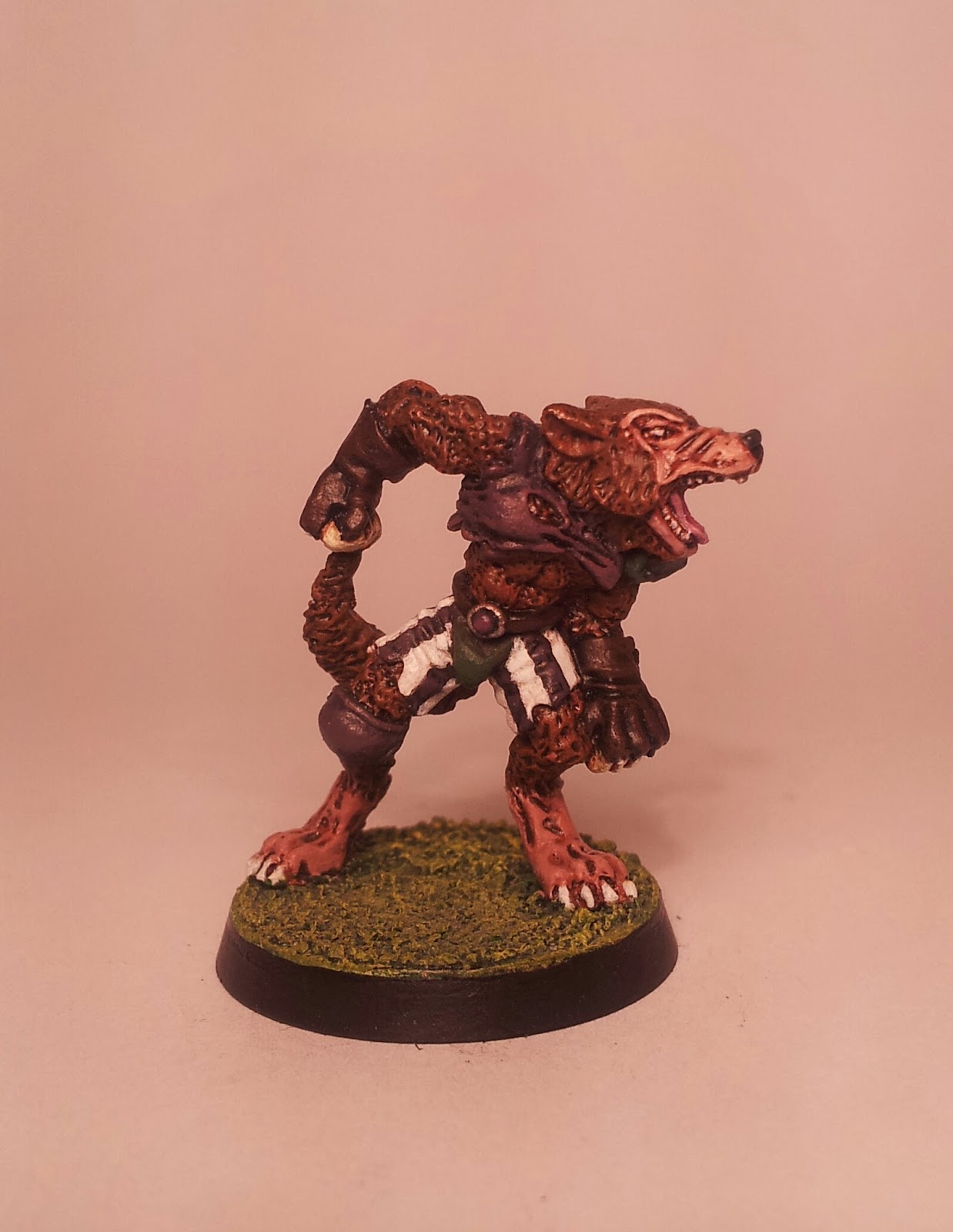 Yes I know this is a werewolf but there were a couple of similar Realm of Chaos beastmen sculpts so I've always thought he passes for one. 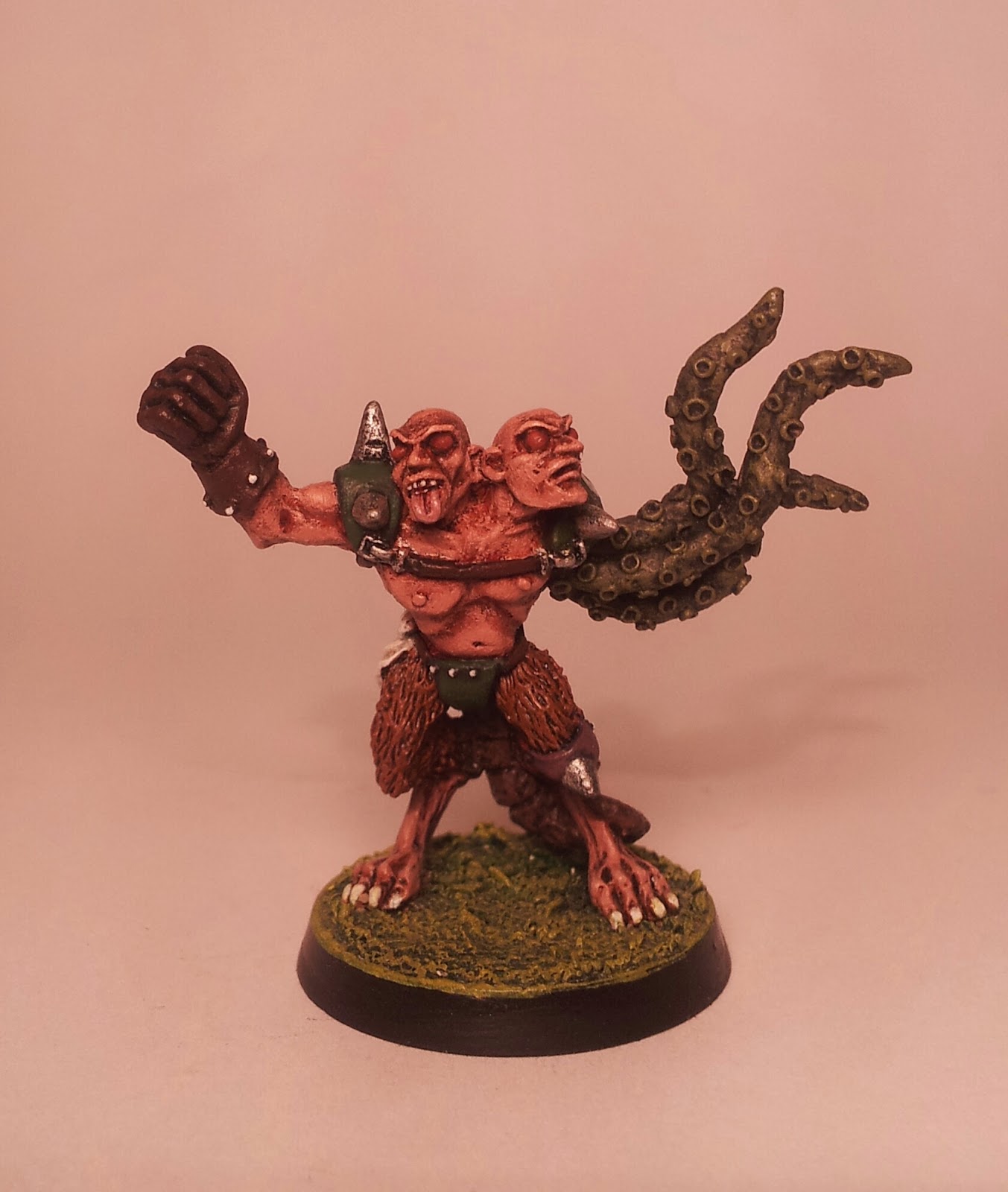