My Top 10 Favourite Miniatures of All Time 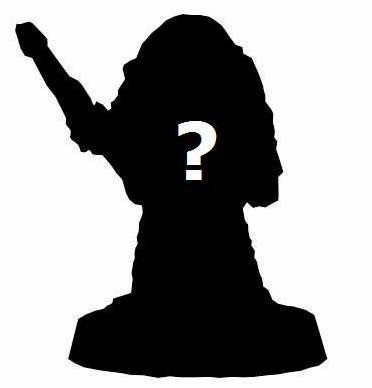 Right so this is my top 10 list, which I did put up on the Facebook thread plus Axiom's blog. Also, thought I'd add a bit more info on them plus some pictures. 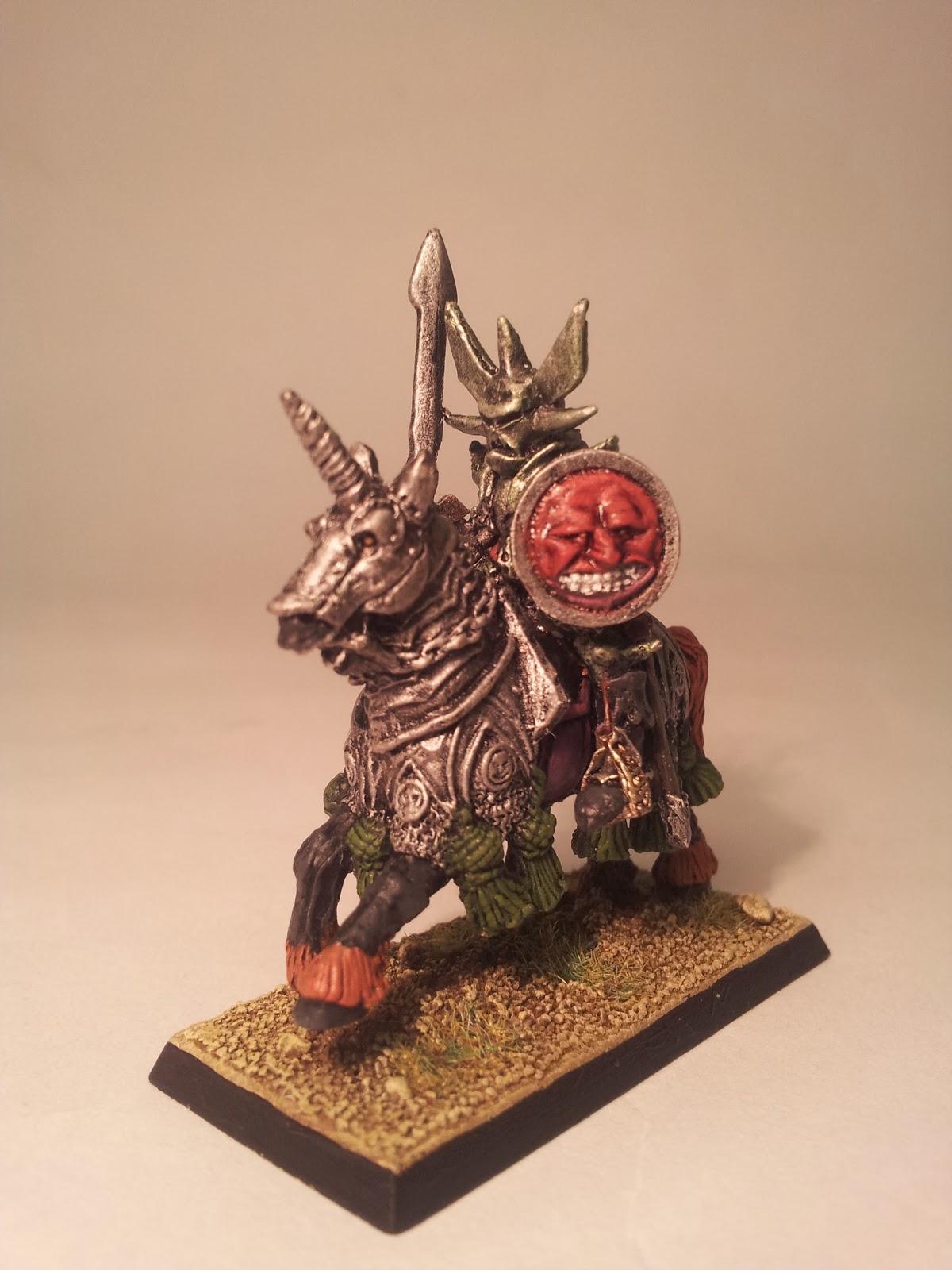 C33 Chaos General
Sculpted by Alan or Michael Perry from the excellent Adventure Packs range that had a foot and mounted version. I first laid eyes on him in the 3rd Citadel Compendium. His appearance is spot on and it just sums up that Ultimate leader of Chaos feel. Never saw him in the shops back in the 80's for some reason and had to track him down with some difficulty during the fofollowing decade. 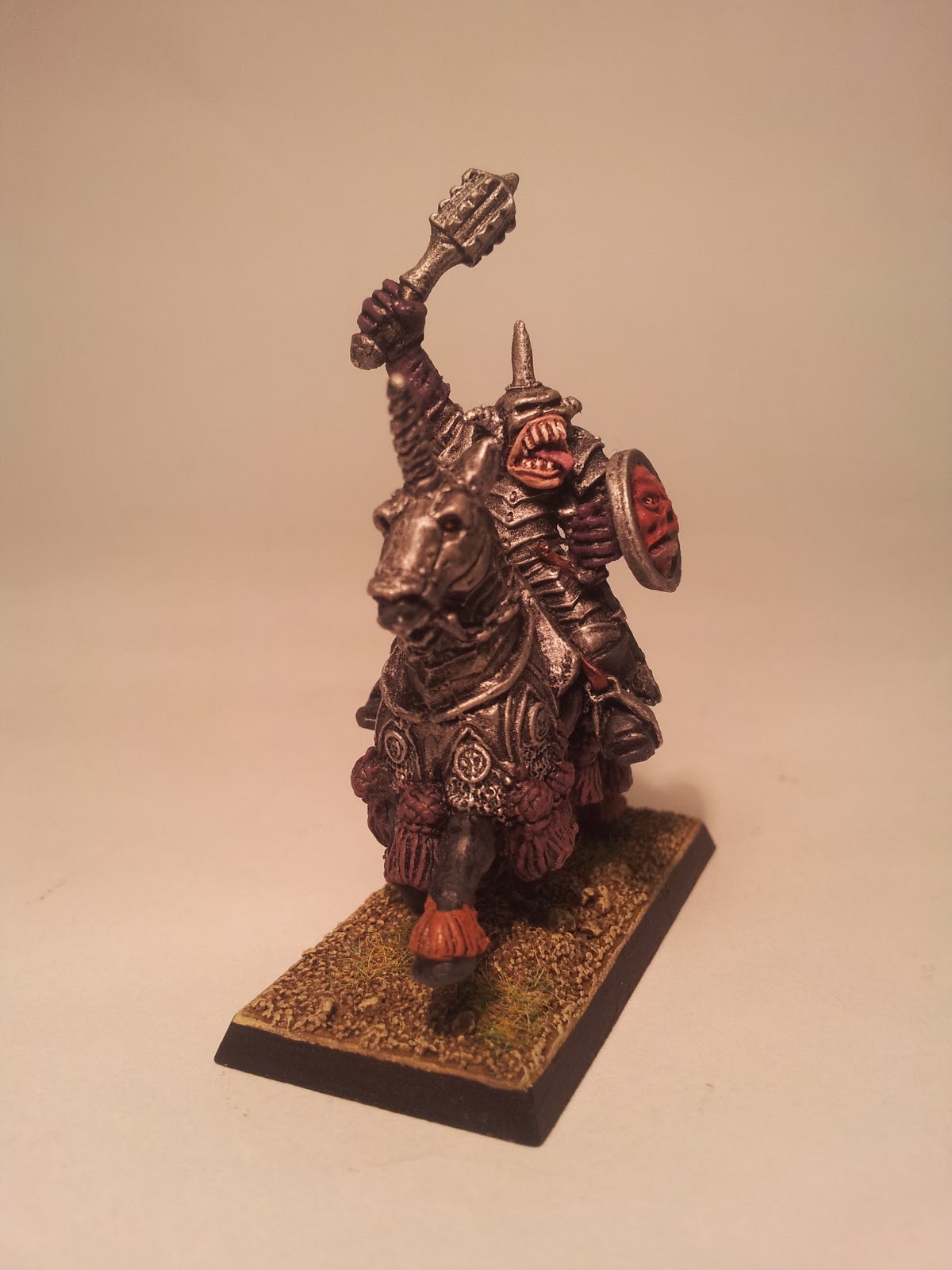 C33 Chaos Hero
See above really - another Perry sculpt. A wonderous characterful figure that with the General and the Champion and Knight make a mean unit when amassed. 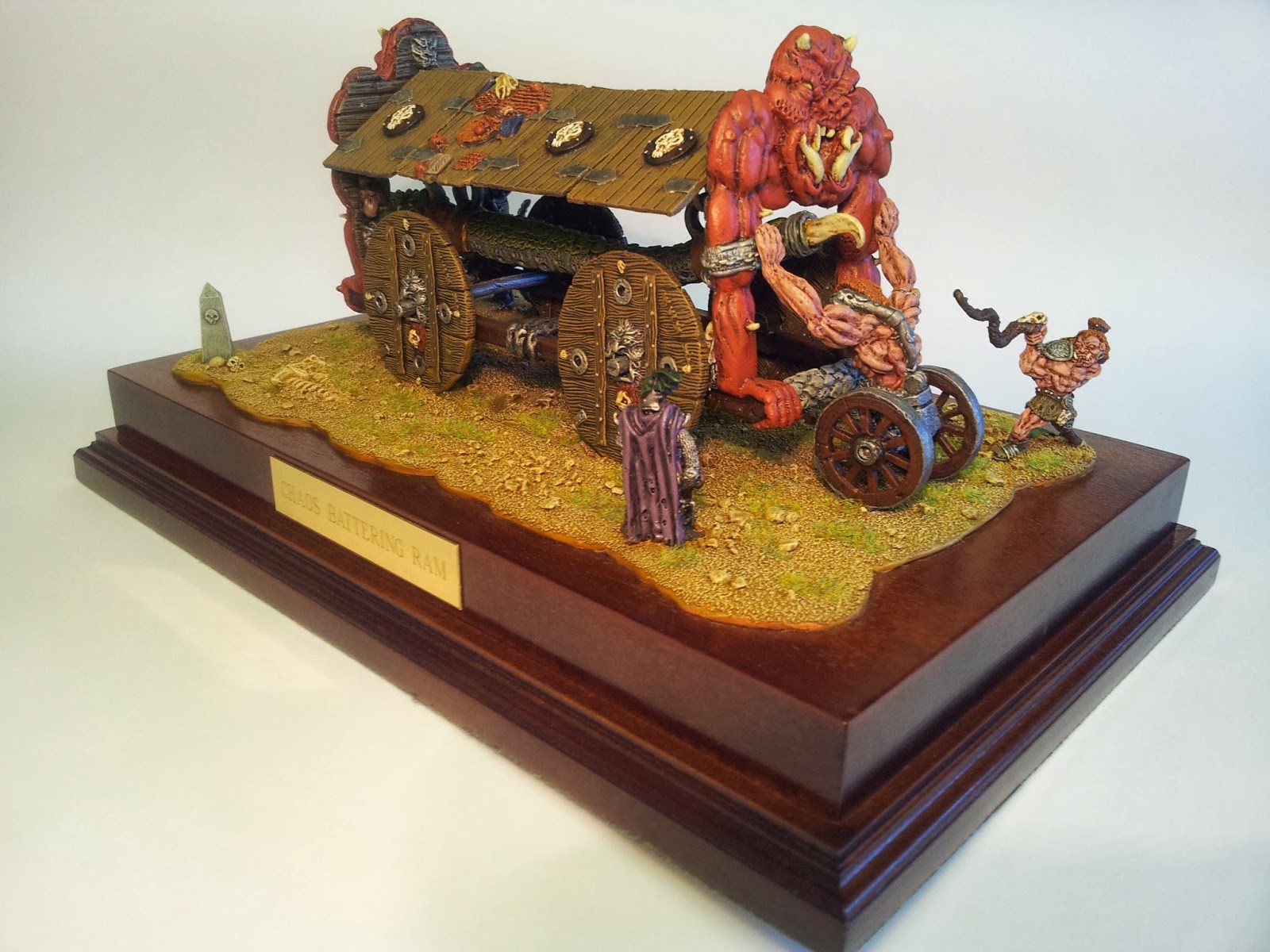 Chaos Battering Ram
I have championed this a great deal of late; sculpted by Chaz Elliott. It is a marvellously bizarre creative piece from the Arcane Monstrocities range that is increasingly rare to get hold of these days. 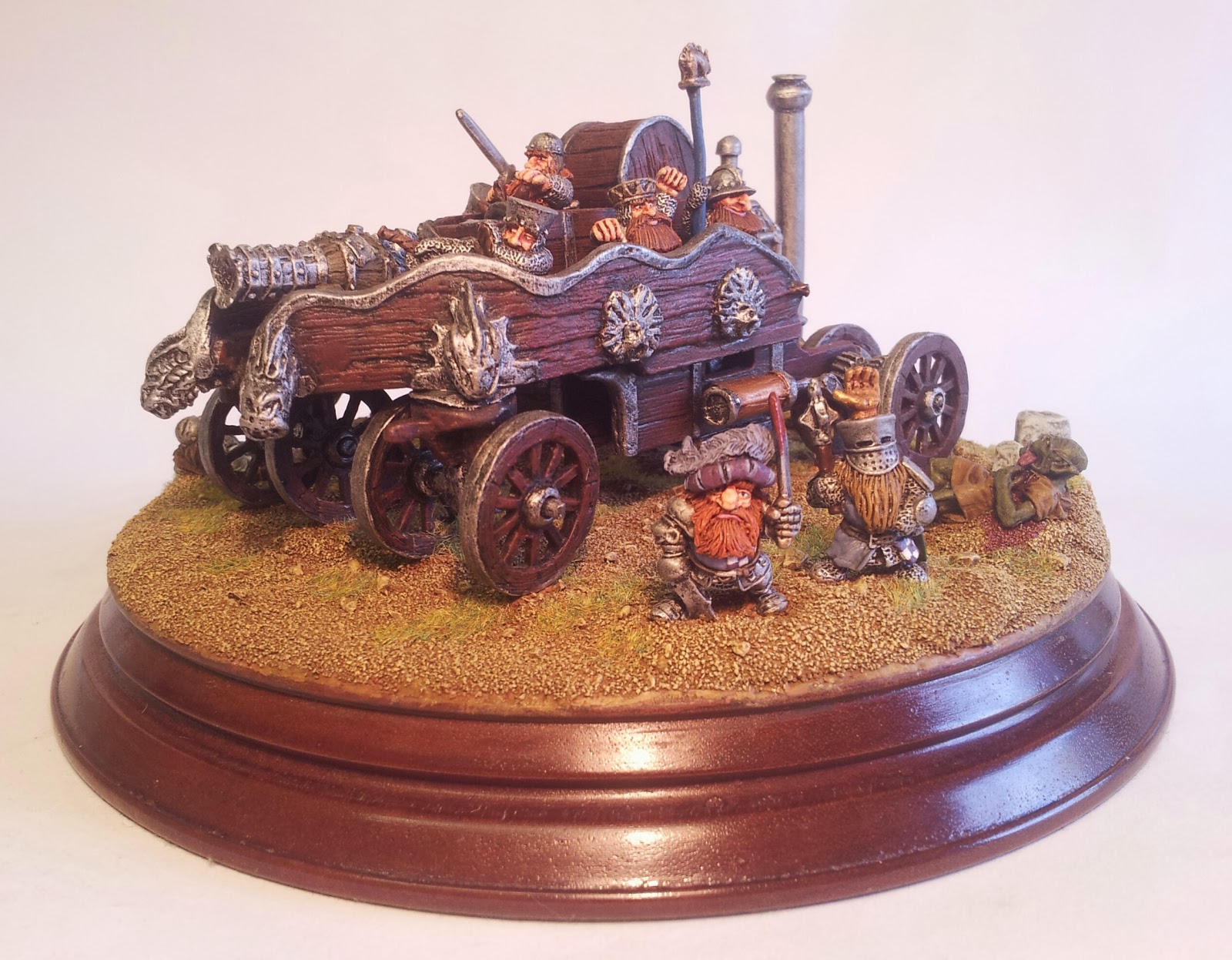 Dwarf Juggernaut
Another Arcane Monstrosity, this time from Tony Ackland.
Again, much coveted by yours truly it's remained a highly popular piece which is pretty tricky to assemble. 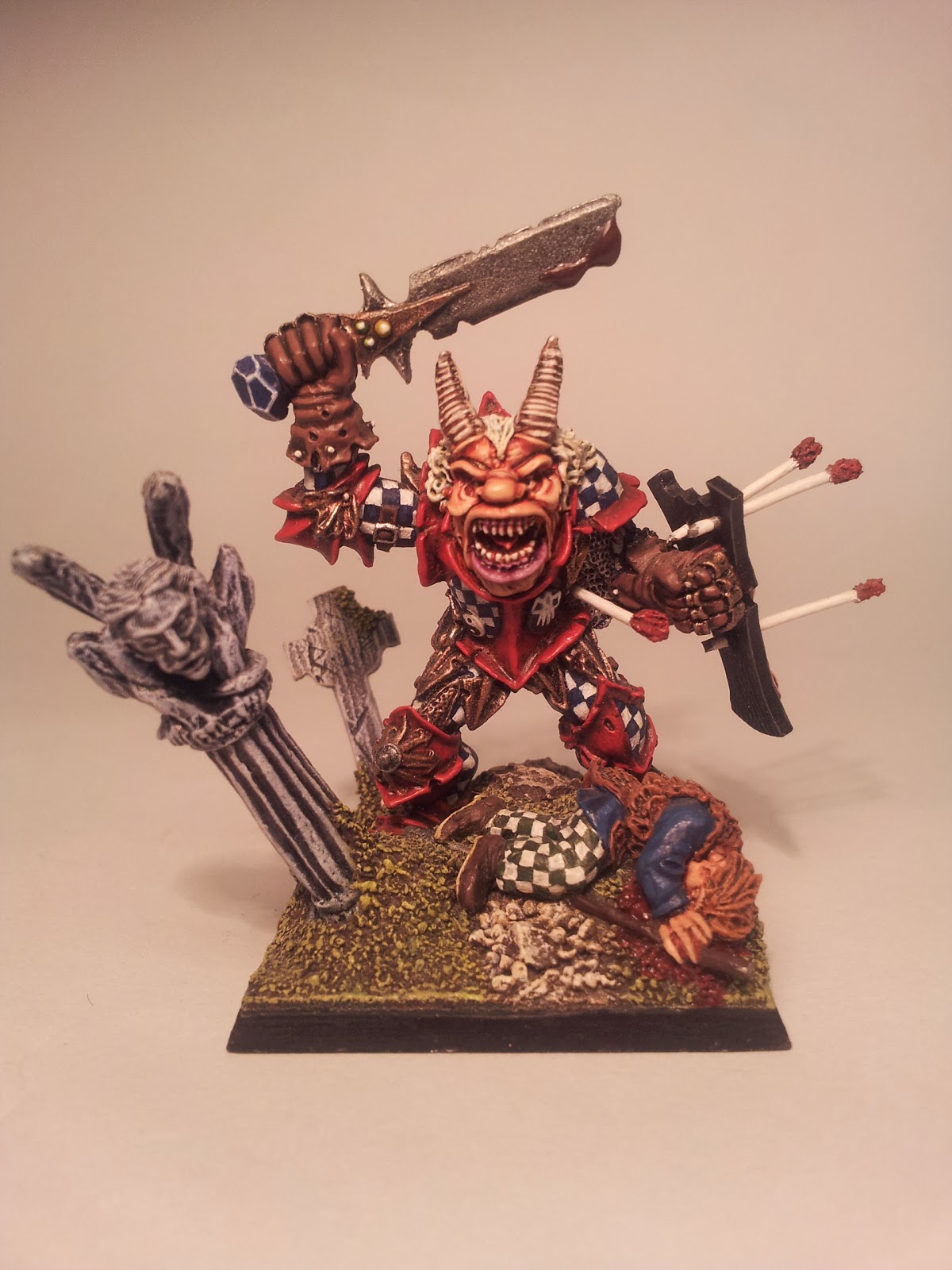 Chaos Ogre
A classic Jes Goodwin sculpt from a range in which every figure was top drawer. Like most of this list, I first saw this in my beloved 3rd Citadel Compendium. 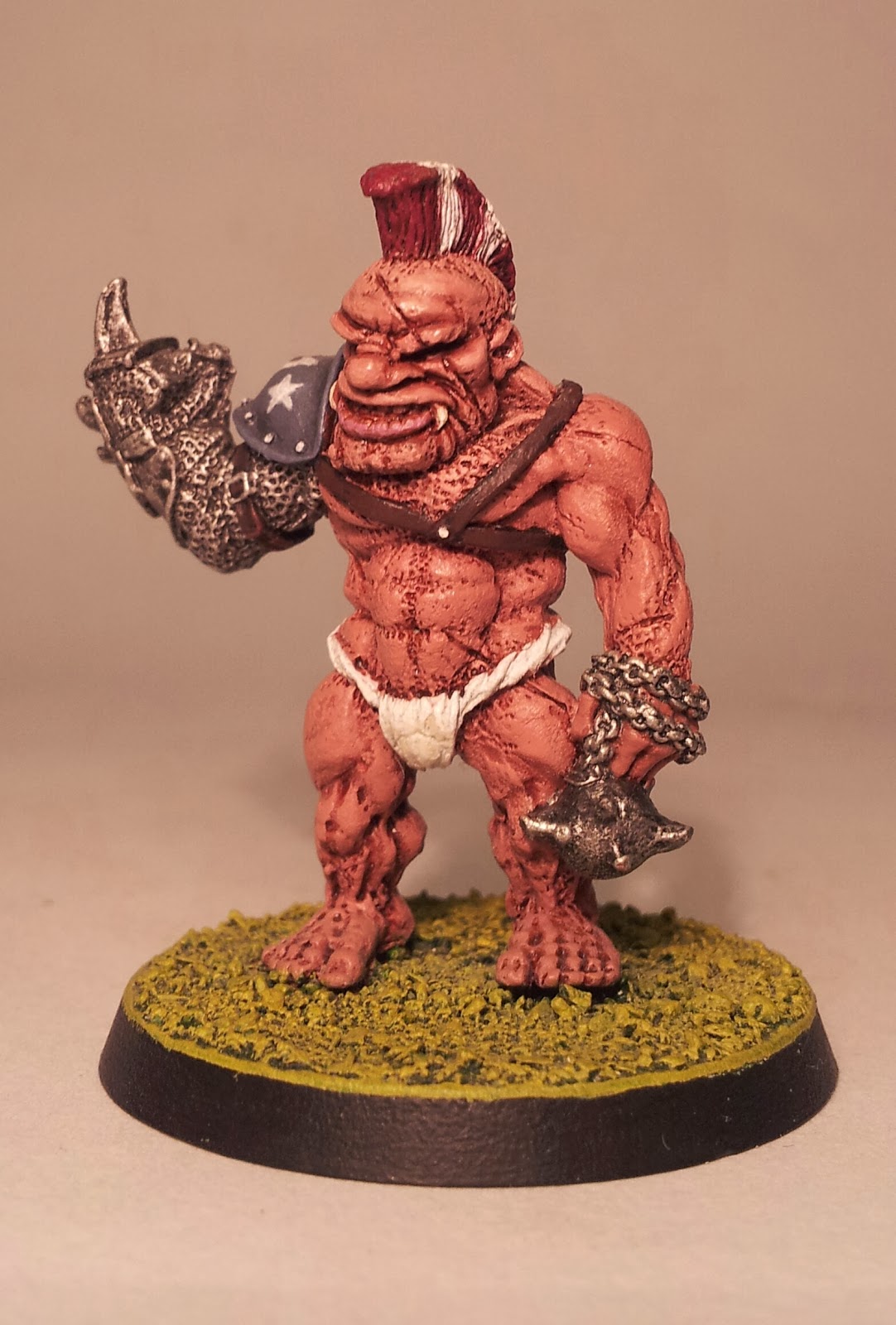 Gladiator Ogre
Another Goodwin classic that i just had to have the moment I first ever laid eyes on it. Its versatility enables it to double up as a Blood Bowl player. 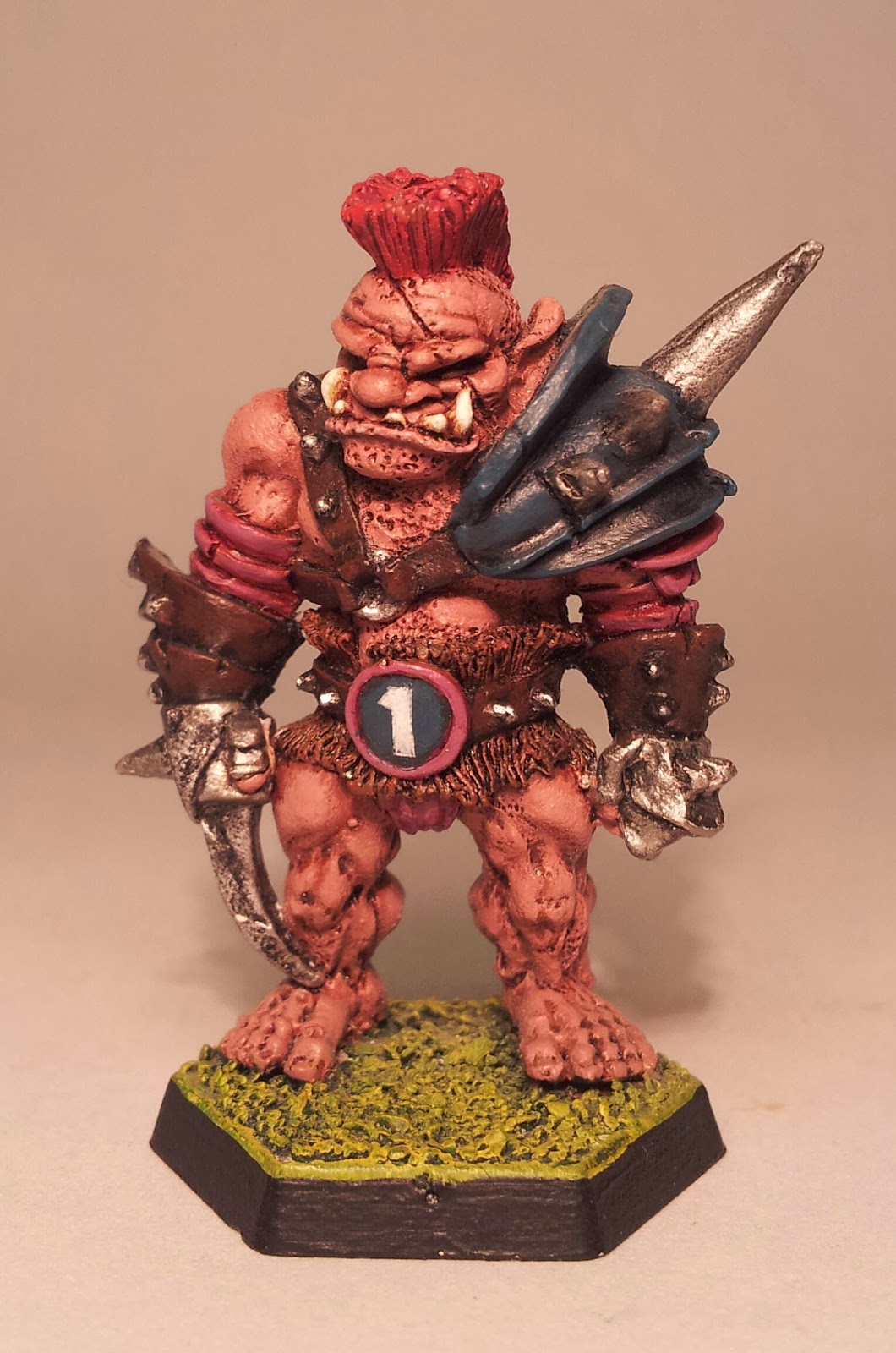 1st Edition Blood Bowl Ogre
Sorry if this is getting a bit samey. This one is actually a brother sculpt to the one above and was released a year after. Sadly it never made it to the big catalogue changeover in the early 90's; perhaps due to having a slotta base and not designed for a 40mm base. 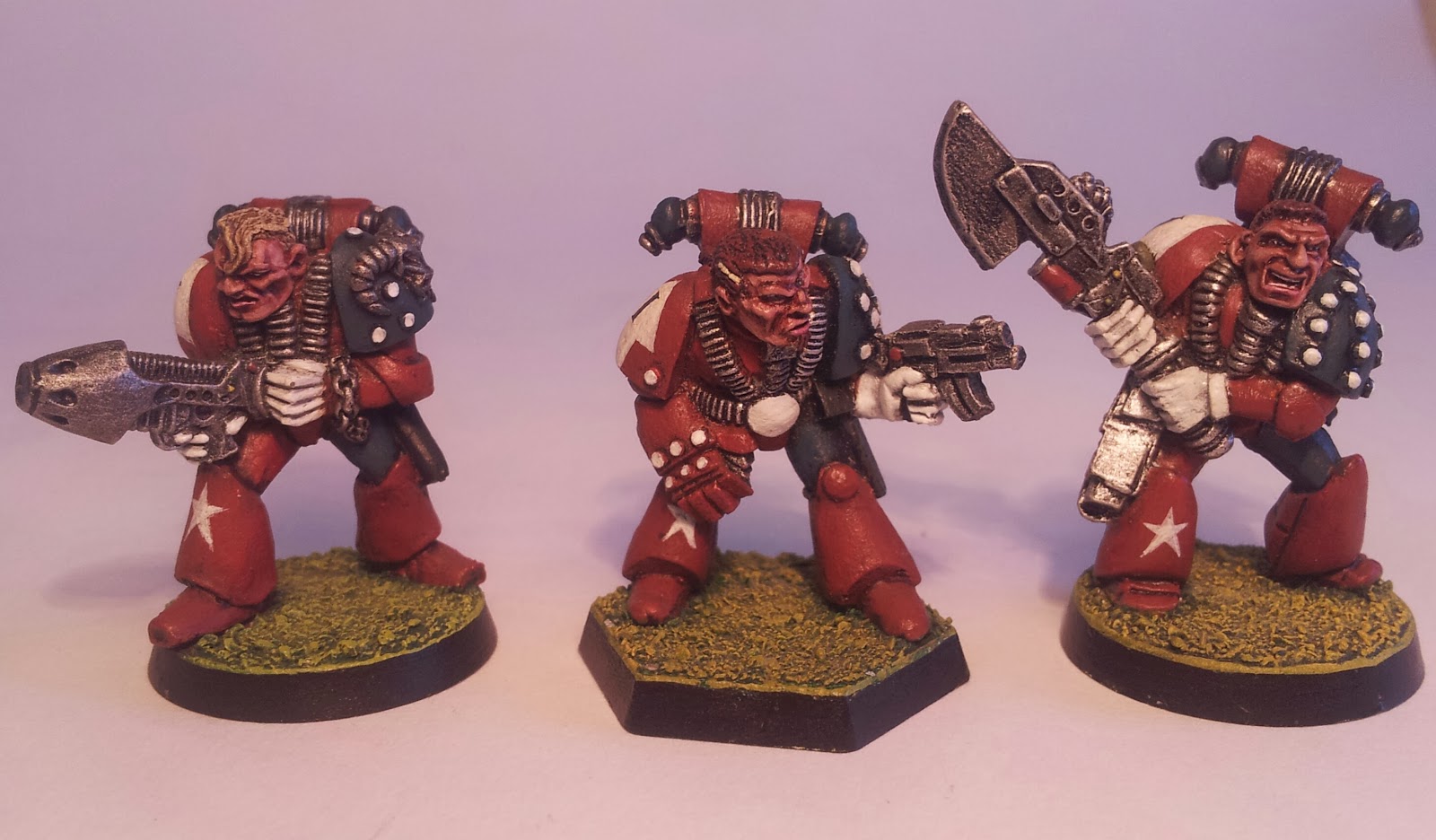 Rogue Trader Marine
(middle)
A brilliant range just brimming with character and none more so that this fellow. Going under the name of Brother Napier in White Dwarf, he looks the business. So cool is he, he even manages to get away with sporting a flat top with tied back mullet. 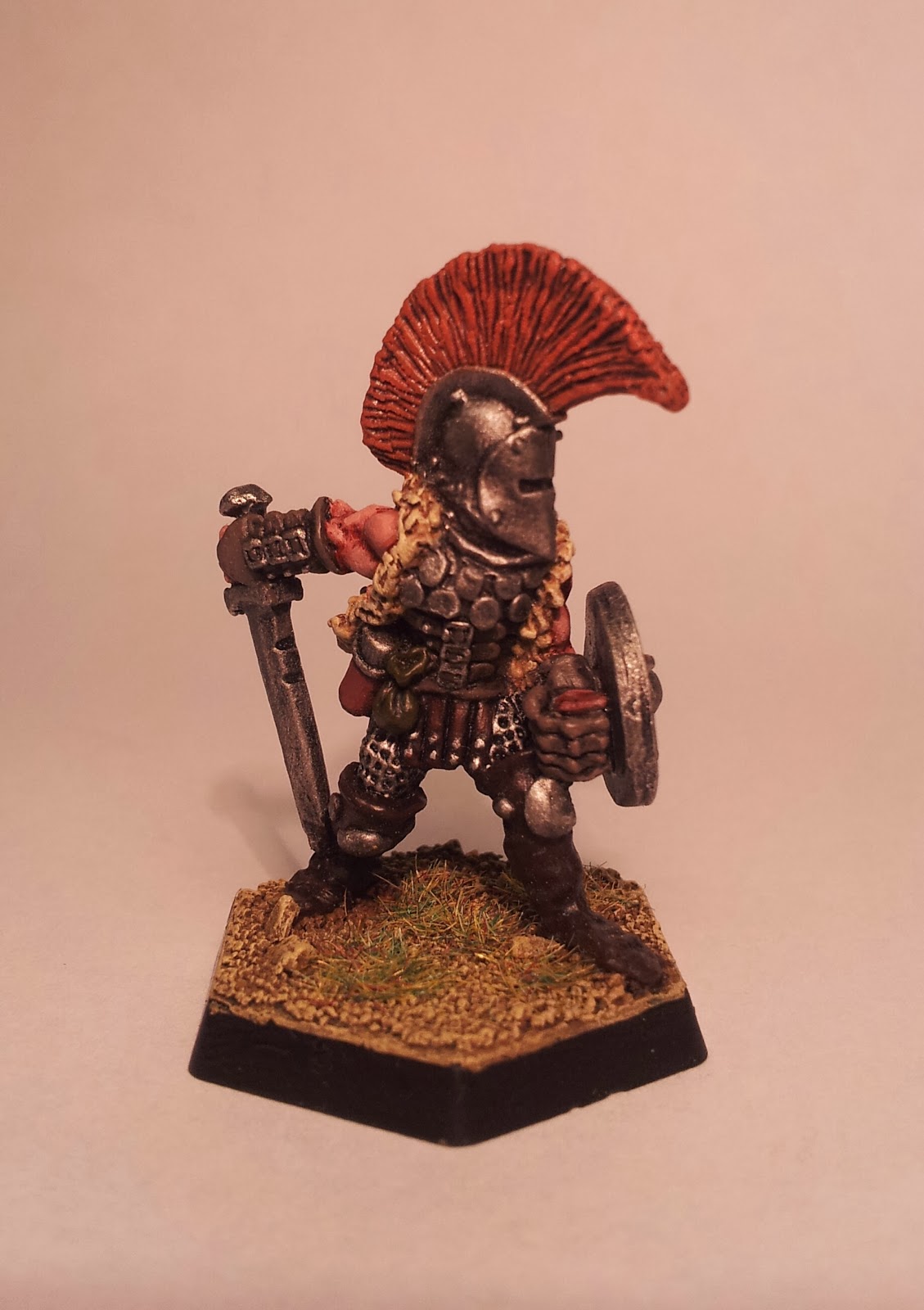 Gladius
One of the Heroic Fighters of the Known World.
Another Jes Goodwin classic. His helmet alone earns him a place
in my top 10. 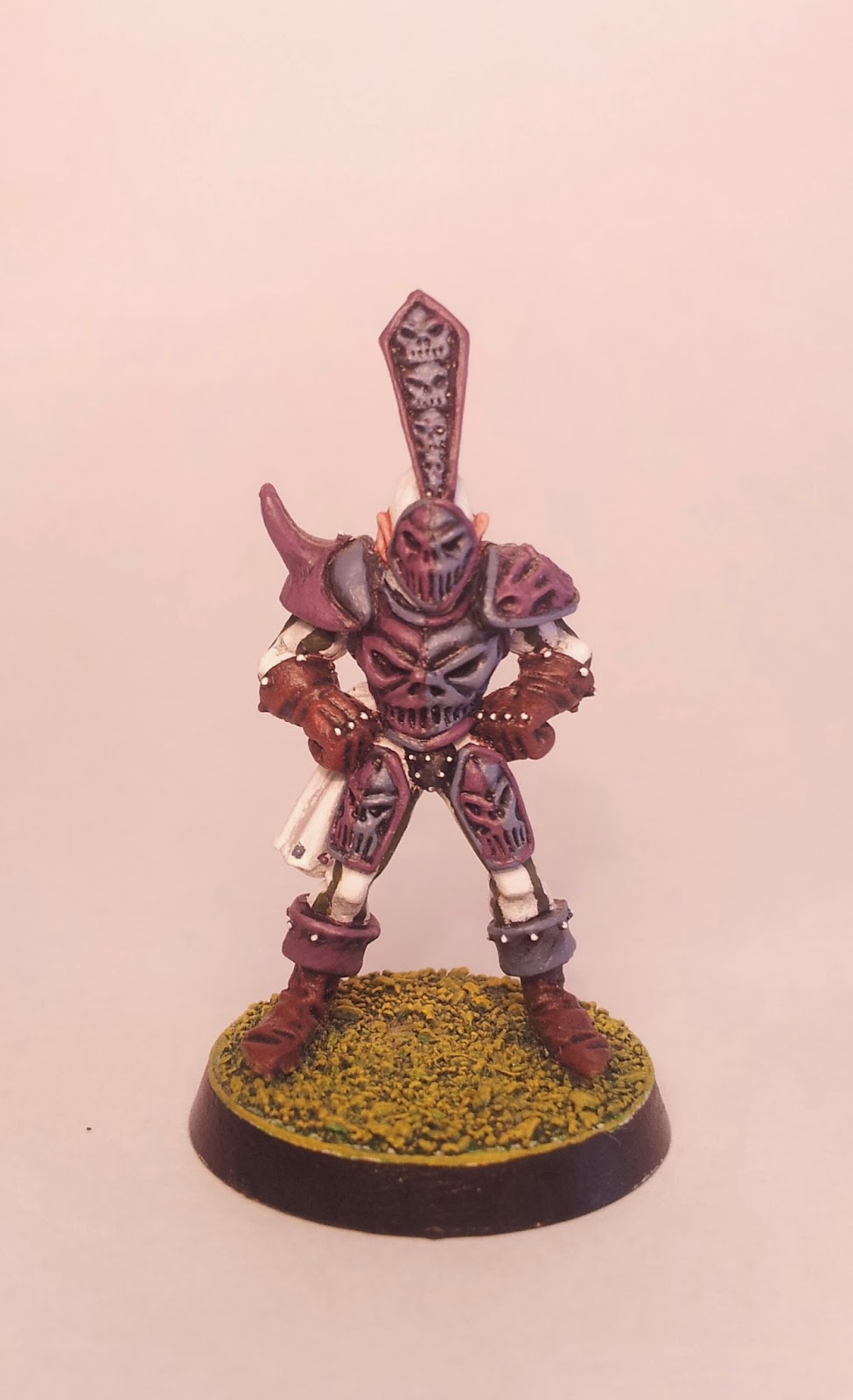 Tuern Redvenom
Jes Goodwin once again. When the excellent range of star players came out in 1988, Tuern stood out above the rest. I have lost count how many times I have painted him over the years.