Hi there. As the lockdown continues, I'm finding myself at the desk even more than usual so I've been able to knock out another installment for my growing Confederate force.
Up next is another infantry unit, this time from the 2nd Virginia Volunteer Infantry Regiment, as per usual from Dixon miniatures. 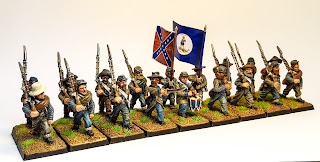 Raised from what would now be today's western Virginia and became West Virginia during the war, this regiment saw action in a lot of the prominent battles; First and Second Manassas, Gaines Mill, Fredericksburg, Gettysburg etc.

This is my third infantry unit now, every man being different thanks to the versatility of the Dixon range. I found the last three quite hard going as I struggled to get the unit complete. This is the first unit where I've used the state flag as well as a battle flag, something I need to do with my previous two units. 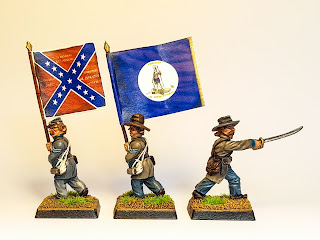 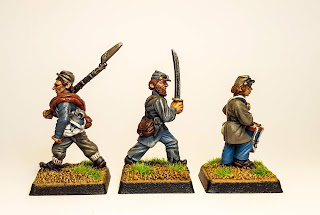 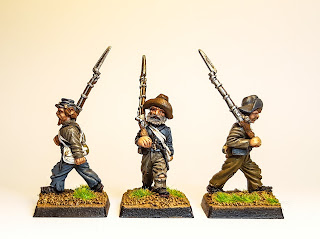 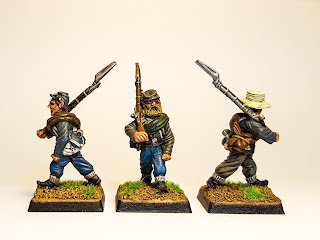 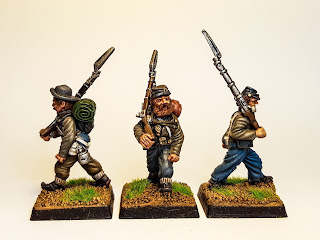 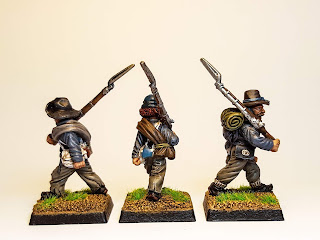 Figures left and centre on the bottom picture are carrying the Lorenz rifle as opposed to the Springfield or Enfield.


My next installment will be the command base of General Robert E. Lee which I'm really looking forward to and seeing as I'm not going far this week, I should have it done by the weekend.
Posted by Shaitan at 10:10 4 comments: