Just a quick update for now; four more halberdiers have joined the unit. Two of them are the plug in weapon imperial footsoldier models who will fit on each end of the front row which is now complete.

I always thought the guy second from left was a bit on the small side compared to the other halberdiers that were released at the time. I was always reluctant to add him to the unit because of his slightly smaller scale but despite that, I've given him the nod. 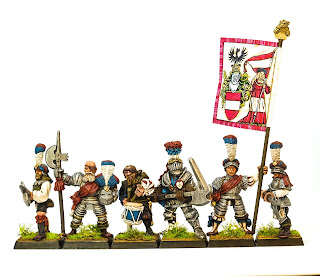 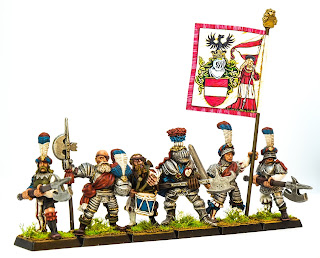 I've five left to paint to complete the unit of eighteen but I'm going to give myself a break for now and work on a Tilean mortar next to break things up a bit.
Posted by Shaitan at 19:48 2 comments: