Well that last one was a real struggle! I think I'm in need of a break from the Khorne models. It's all beginning to feel like some kind of an accidental army challenge. 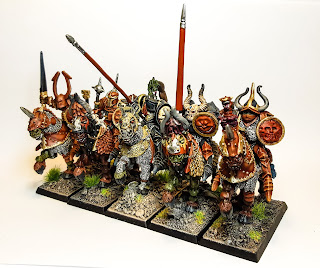 Anyway, the main thing is that I've managed to get the knight unit finished, although it should be eight man strong really! 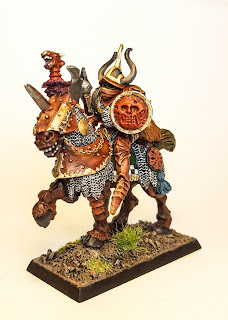 No tail conversion on this one but there has been one or two alterations. I've gone for a demon crest which I've taken from Sir Brut from the heroic fighters box set. The impaled head is from the goblin chariot box that I'd removed about 25 years ago, rather stupidly I'll confess, but at least it's found a purpose at last. <EDIT> Hang on, what am I on about?? The head from the goblin chariot is on the other one (first from left). This is the head from a dwarf berserker, which my mate had knifed up when we were kids. 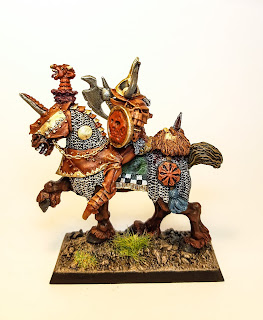 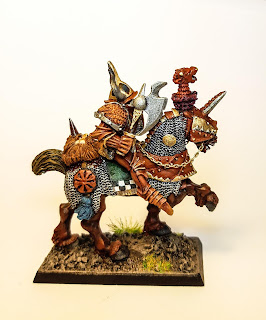 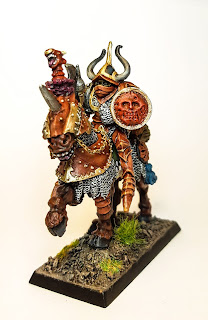 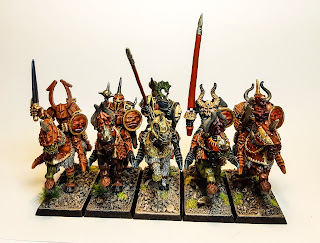 So that will do for now with the Khorne force. I think I deserve a break for a while. I need to clear the lead pile on the desk as well, or at least reduce some of it. It'll be refreshing starting something completely different; the most likely idea will be a small vignette.
Posted by Shaitan at 20:45 22 comments: