Having seen a few painted examples of the marvellous C100 Bob Naismith Space Marines on various Facebook pages and forums lately, I remembered this old vignette sat at the back of a cabinet.
Painted back around 2002, the base is pretty basic but a bit of height gives the Captain a bit of emphasis. 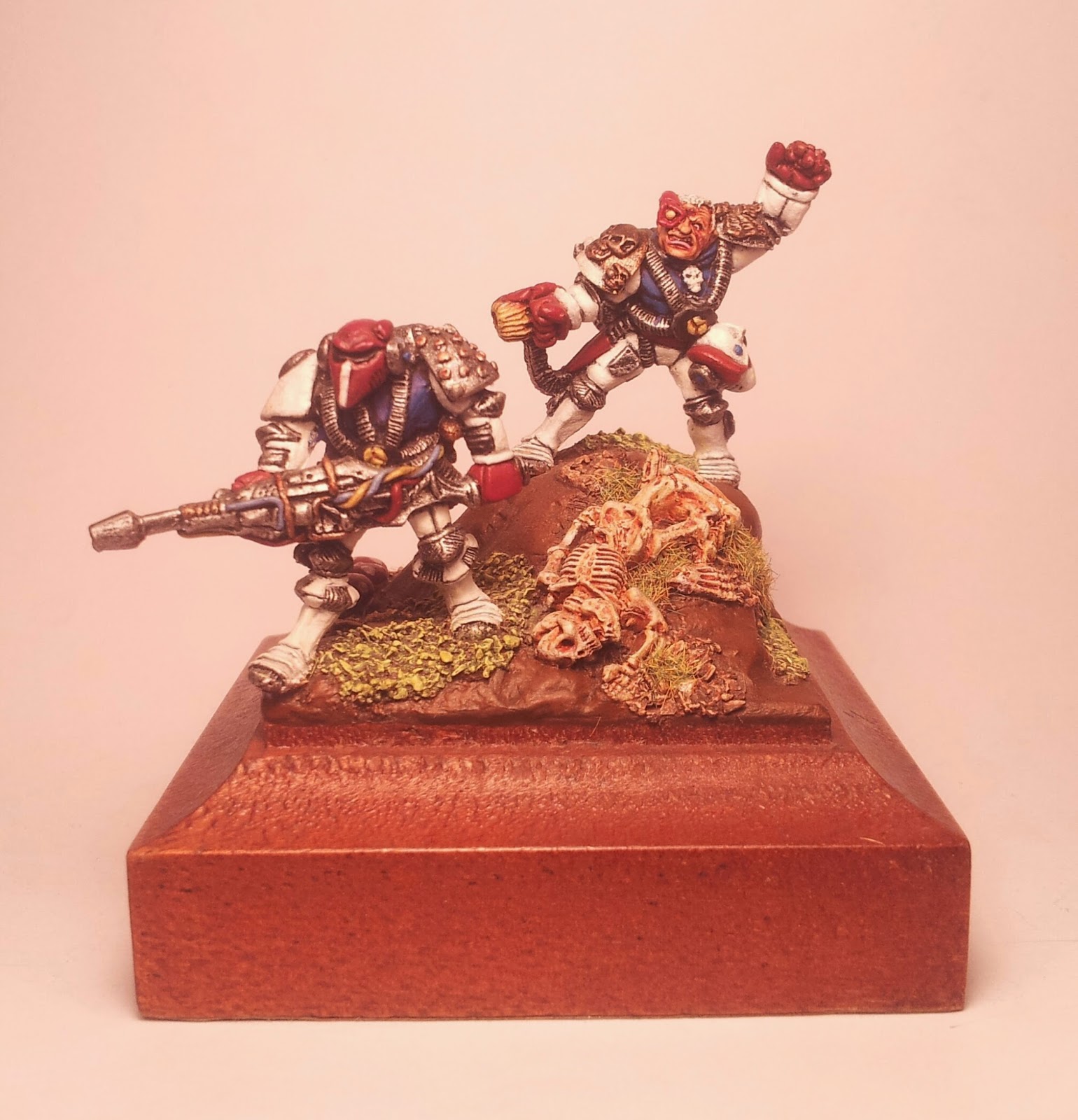 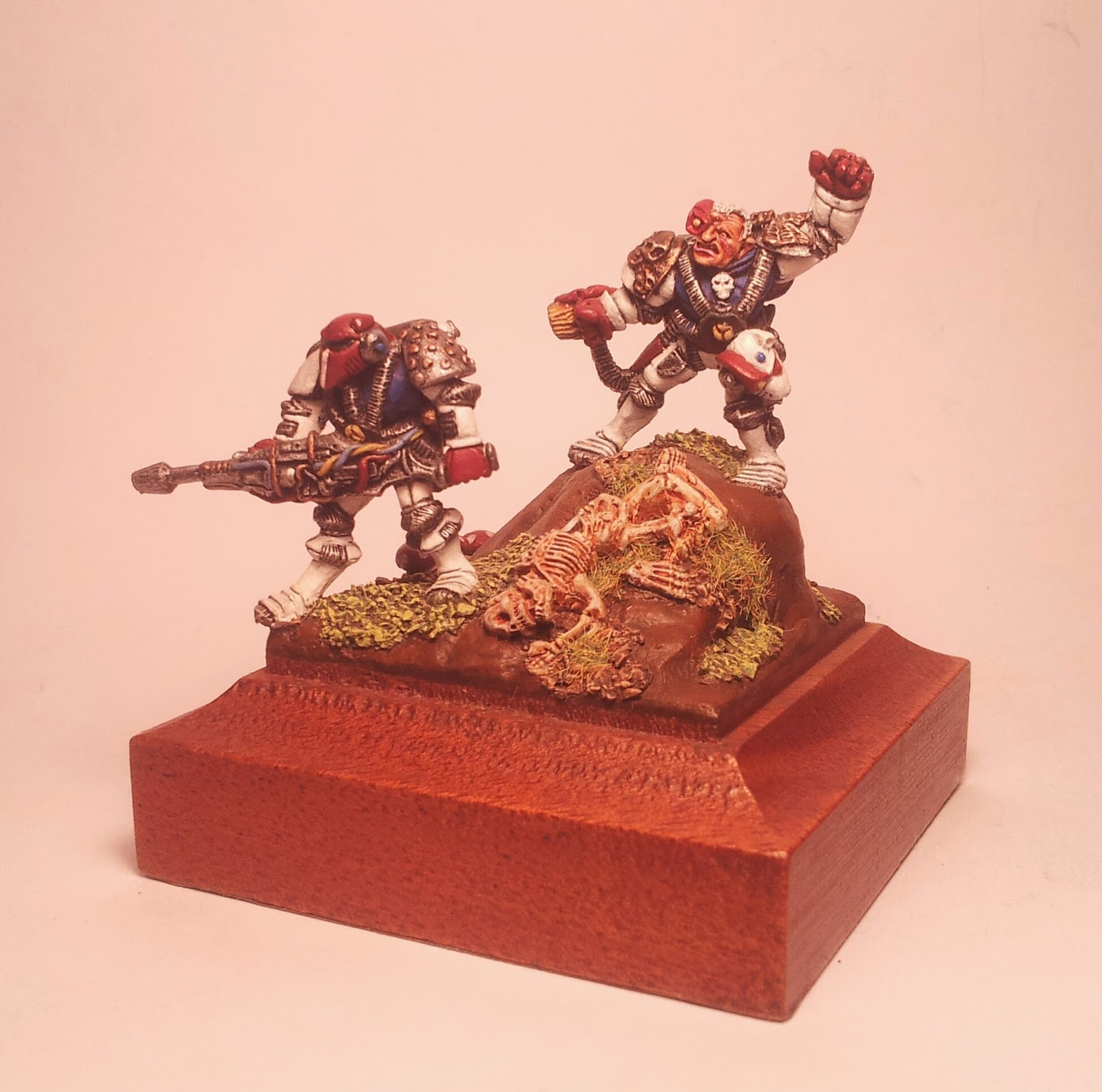 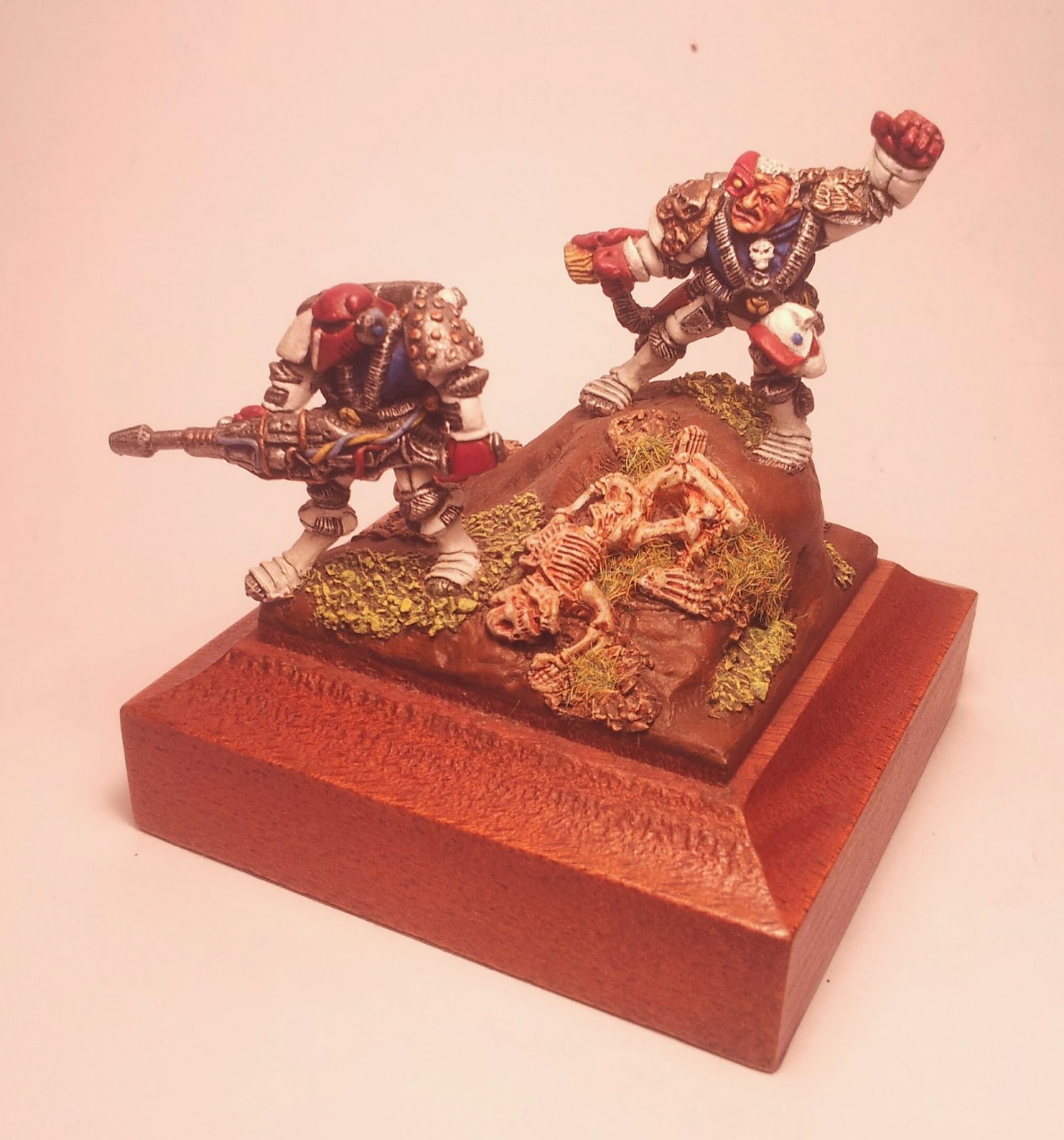 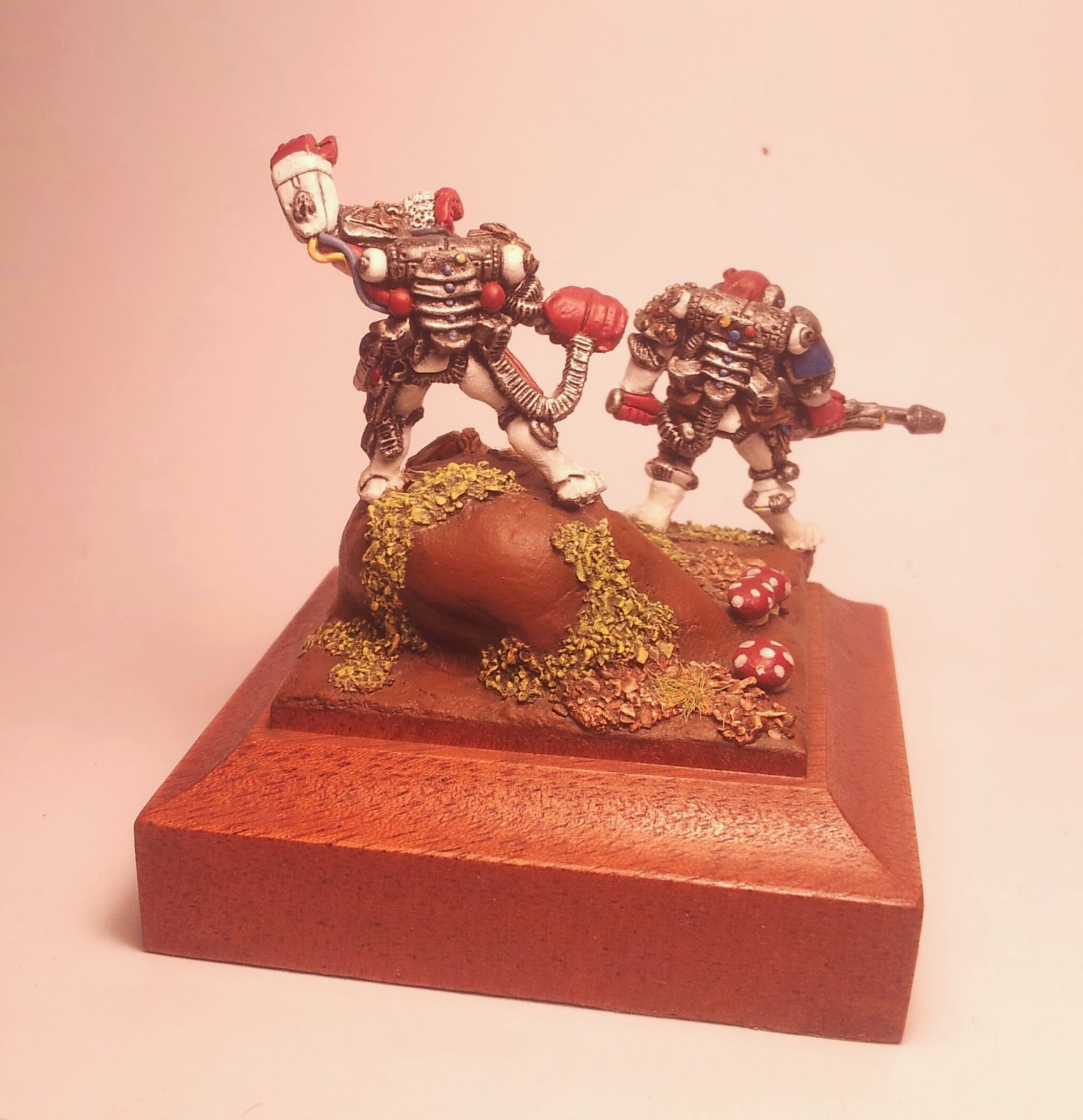 
Needing a much deserved break from Empire troops, I decided to conclude a group of figs I had started some time back. Here are four classic Perry Twin/Kev Adams Chaos Renegades.

These are part of the Lords of Desolation Warband led by the Word Bearer Sorcerer, X'hal Urus (due to be added to his retinue in the near future). 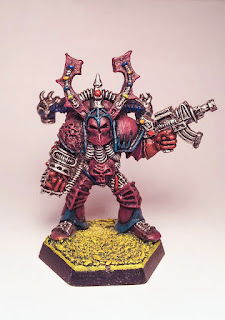 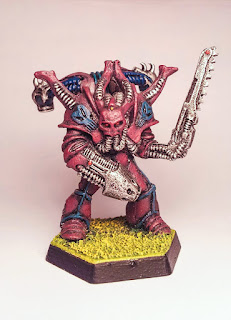 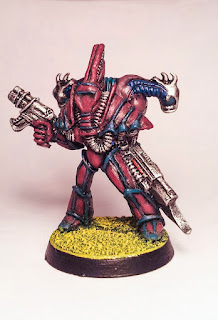 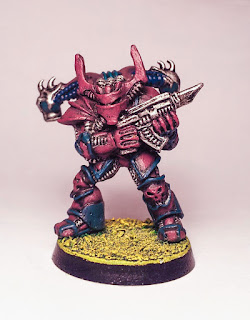 Star Reavers patrol led by Veteran Sargeant Faris come face to face with nemesis, Renegade Champion Bauta and other traitors of the Lords of Desolation warband.