Hi there. My next installment in my Confederate force is an artillery piece, a 10 pound Parrot rifle, again, by Dixon miniatures, of course. 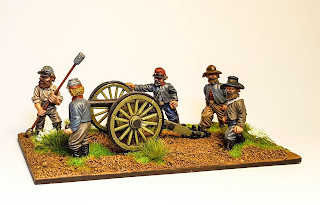 Invented by Captain Robert Parker Parrott, a graduate from West Point, they were made from a combination of cast and wrought iron. Despite its accuracy, it was prone to suffering fractures due to its brittle tendencies. 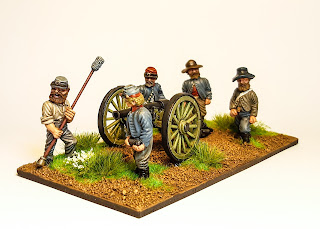 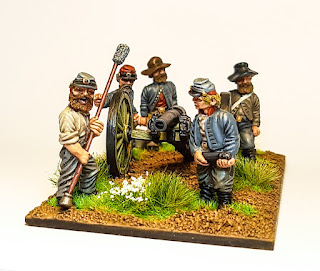 This was the smallest of the Parrot rifles with the 300 pounder being the largest with the 10 and 20 pounders being used by both Union and Confederacy. 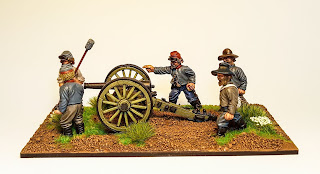 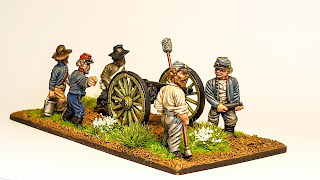 I have to admit I didn't enjoy painting the actual gun itself but when complete, it's very rewarding and I'm intending to get on with a second gun right away. Once again, the Dixon crew really make this piece with their usual character and charm.
Posted by Shaitan at 12:16 7 comments:

Hi there. I was hoping to post this a little sooner but I've been waiting to find time to photograph this lot.
Continuing with my Confederate force, I've produced another infantry unit, this time from the 8th Virginia regiment.
Most of these guys were painted before Christmas but had to wait til New Year before I could wrap up the entire unit.

Once again, these are from the Dixon Miniatures range with every man in the unit different.

Formed in Leesberg VA by Colonel Eppa Hunton, the regiment, also known as "The Old Bloody Eighth" would go on to suffer 90% casualties during Pickett's Charge at Gettysburg. 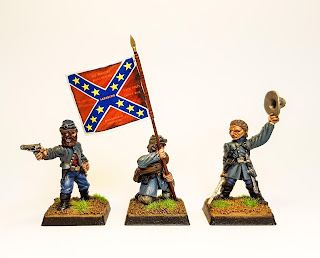 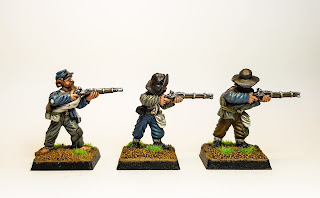 Once again I'm just so impressed with the individuality and character of the Dixon sculpts. It is certainly helping my enthusiasm with this project with all their diversity. The flag is from Redoubt Enterprises as per usual. 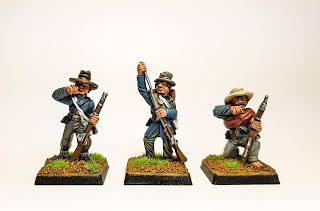 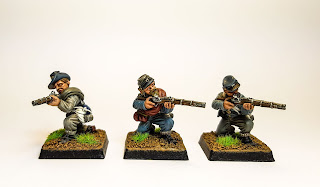 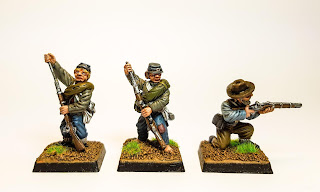 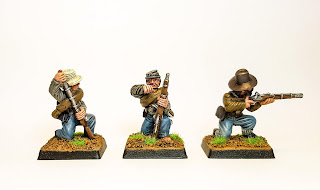 Next up will be an artillery piece, a 10pdr Parrot rifled gun. The crew are already complete so it's a case of sorting the gun out and basing it all. Then hopefully I can take a break from the rebs and make a start on the Union.
Posted by Shaitan at 11:34 6 comments: