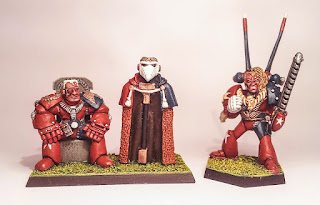 I have used two known Space Marine characters to create these; Ultramarine Chapter Master Marneus Calgar and Space Wolf Primarch Leman Russ. Unlike character models in 40k today that are very specific, Calgar is quite a generic sculpt so can easily be used as a character figure for any marine army. The stone chair is inscripted with "Our Presence Remakes The Past" which I believe is an Ultramarine motto but hey, you can't really see it with him sat on the chair so what the hell. 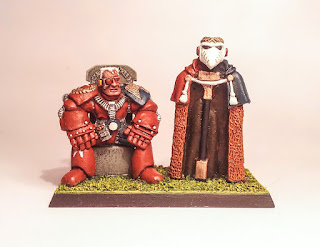 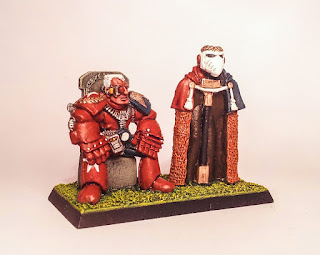 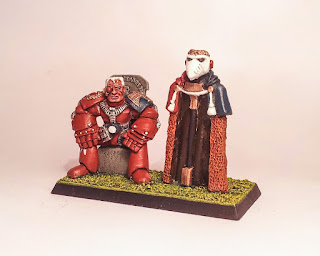 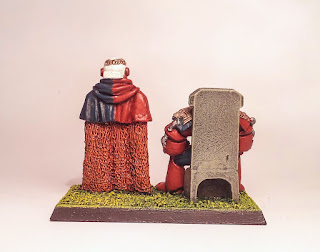 I used a medic's chainsword for Rasiel as the original weapon was very runic and too Space Wolf like. Besides, his previous owner had removed it already. 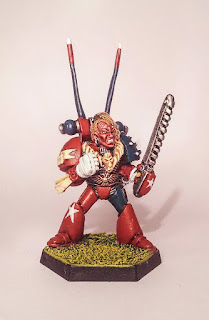 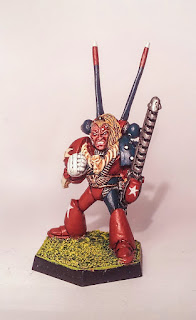 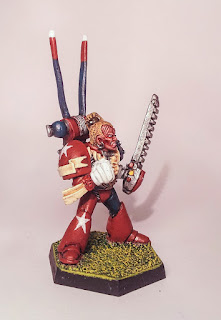 
With the addition of the attack bike to my army last month, I have now produced a second tactical squad. Having a spare sergeant and specialist weapon guy already hanging around for a while, it was time their unit was complete. 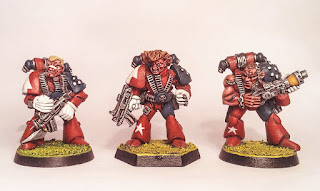 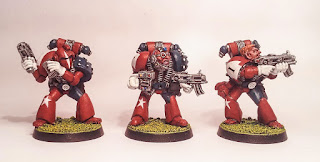 The far right figure is a medic who has had his sigils removed to become a standard marine; I have also done this before to create a pair or assault troopers. In fact, I have now run out of figures to represent any medics.

So just another five marines to complete my devastator unit and five to complete the assaults. The end is in sight but still have one or two characters and bikers to paint up as well.