Empire Standard Bearer....but what banner to use?


Continuing my Empire Halbardiers unit, I have added a standard bearer. Although I am personally happy with the way he is already, I feel he could do with an actual banner.
I'm a bit undecided on what to go for at the moment. An issue I do have with banners is that they can obscure part of the figure or even large areas of surrounding ones when assembled in a unit when regarding display purposes. 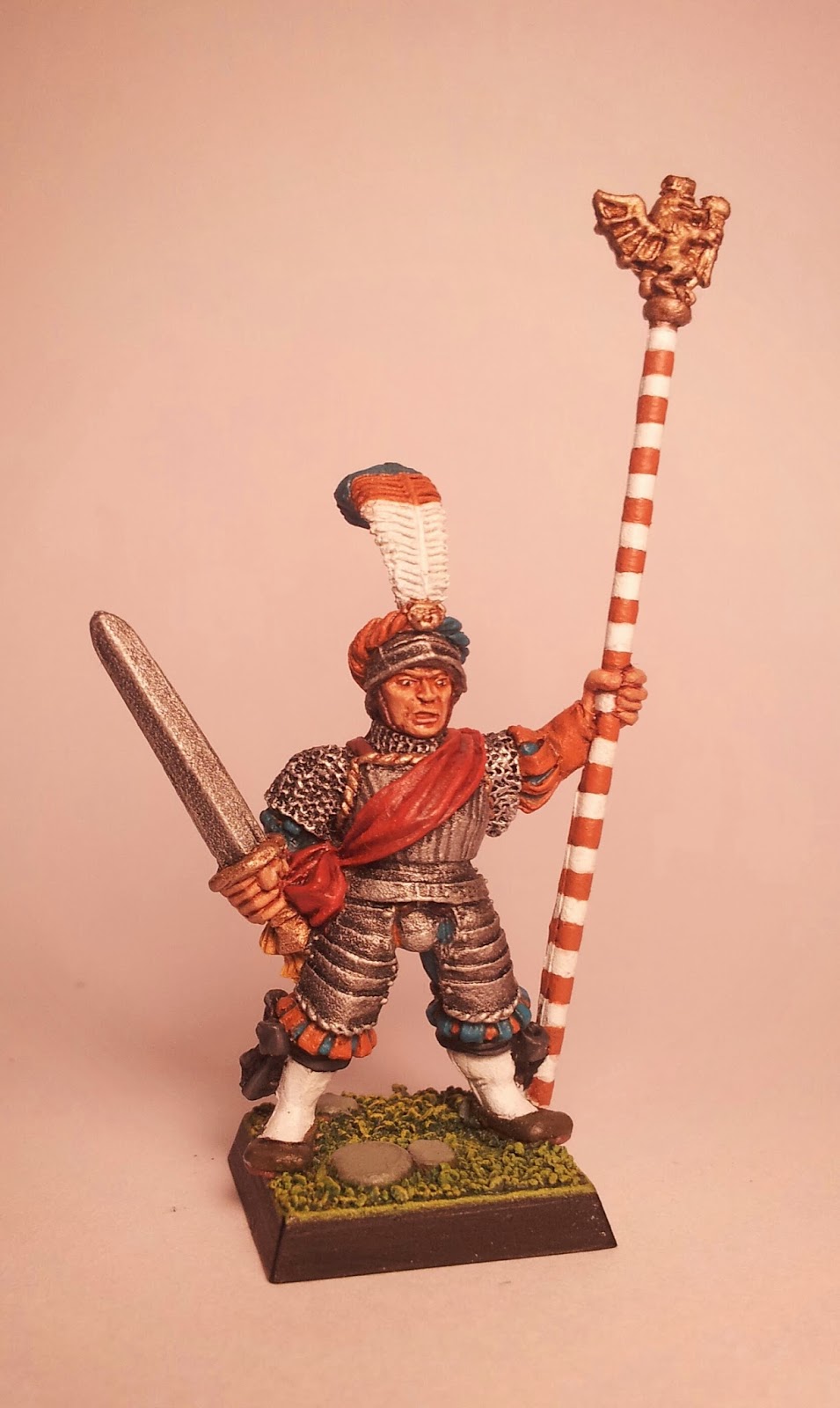 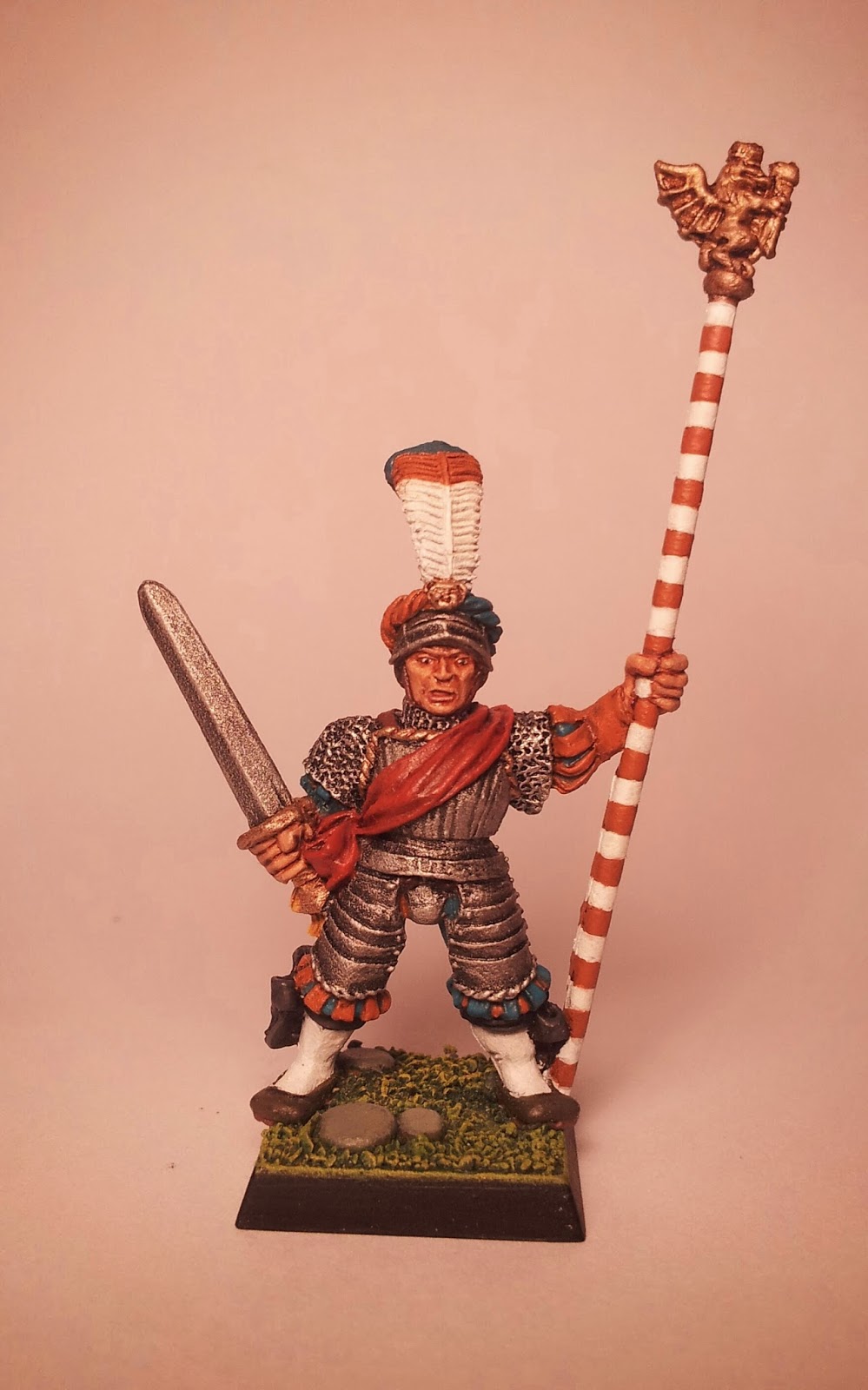 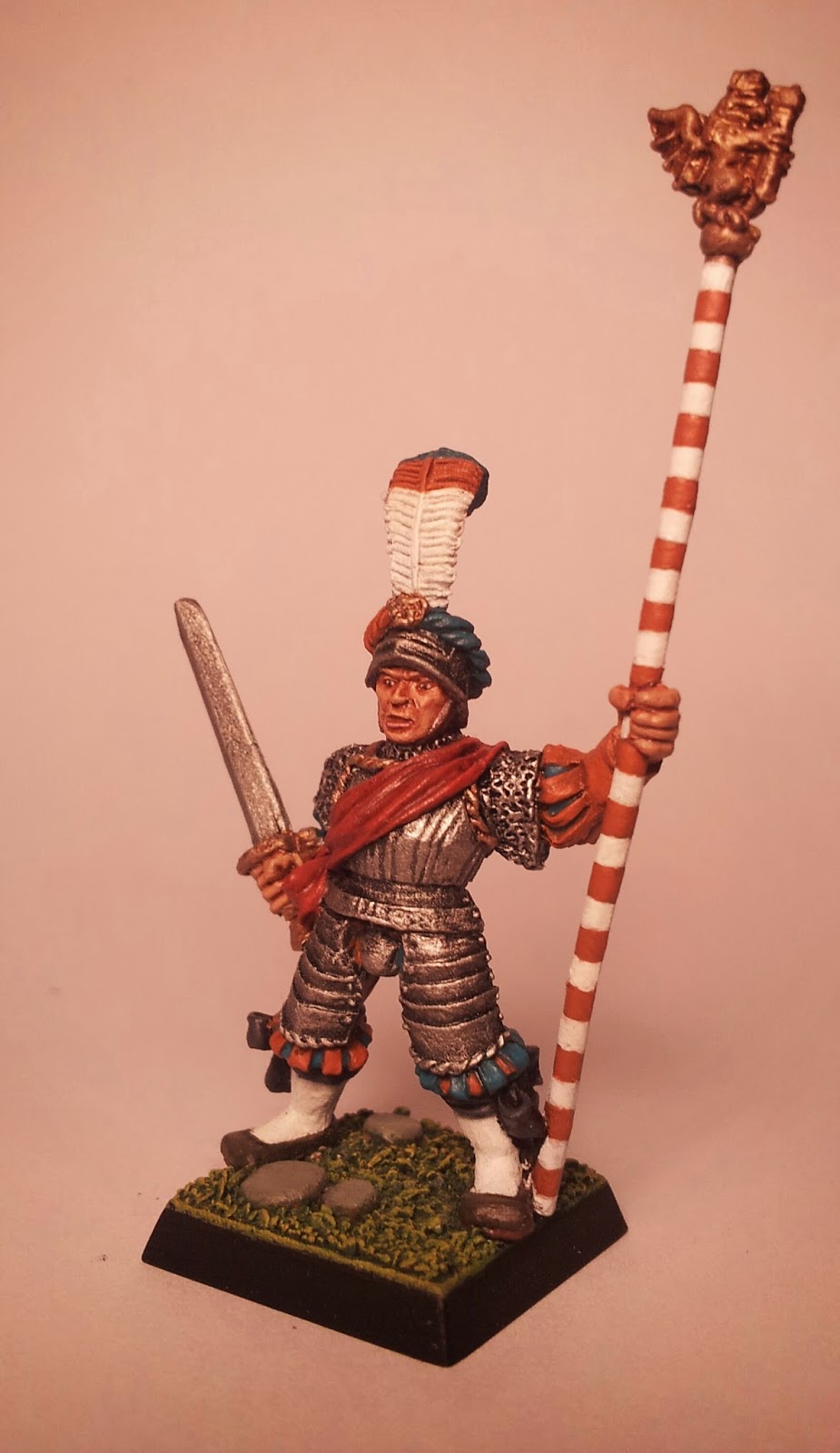 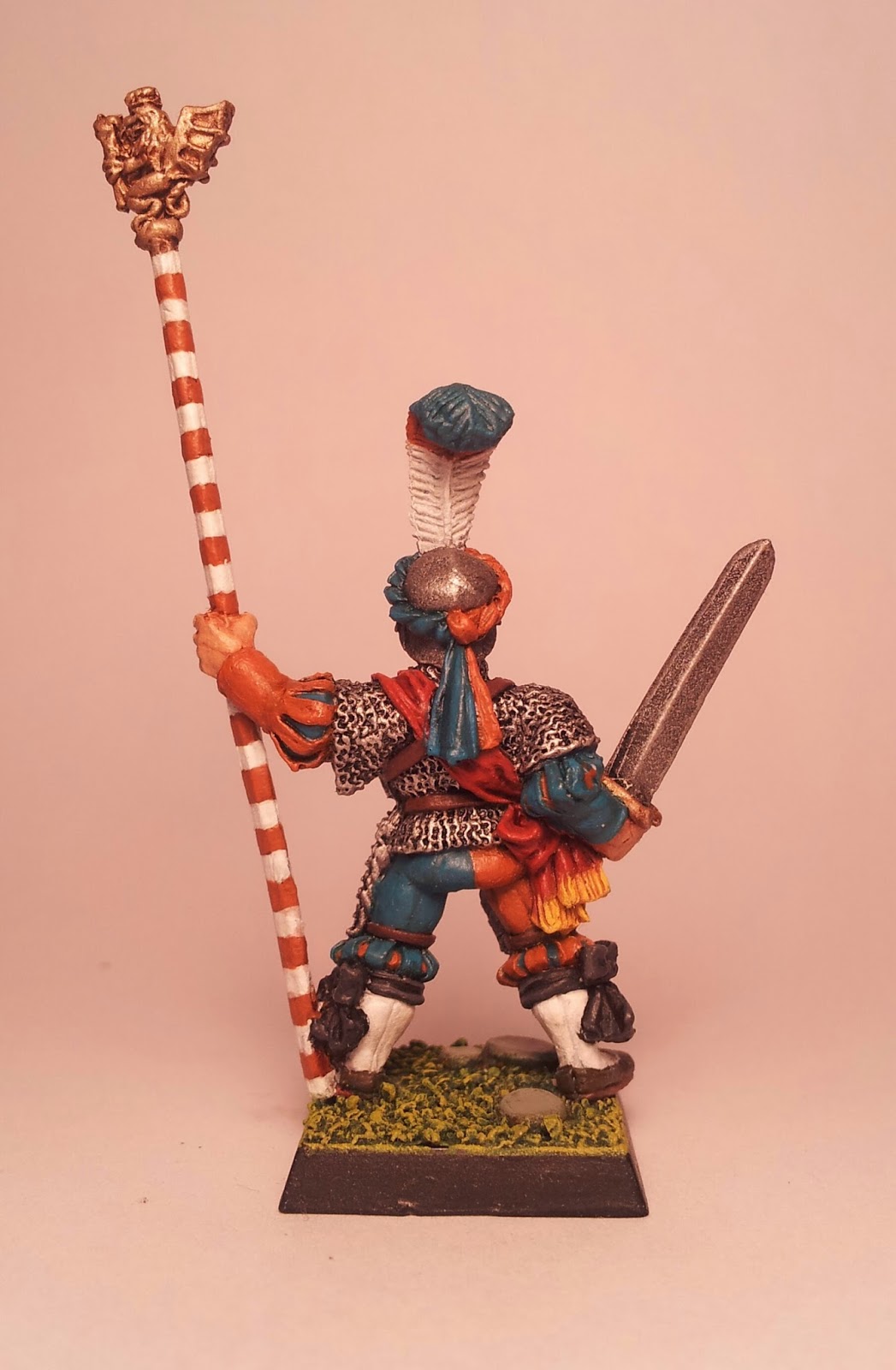 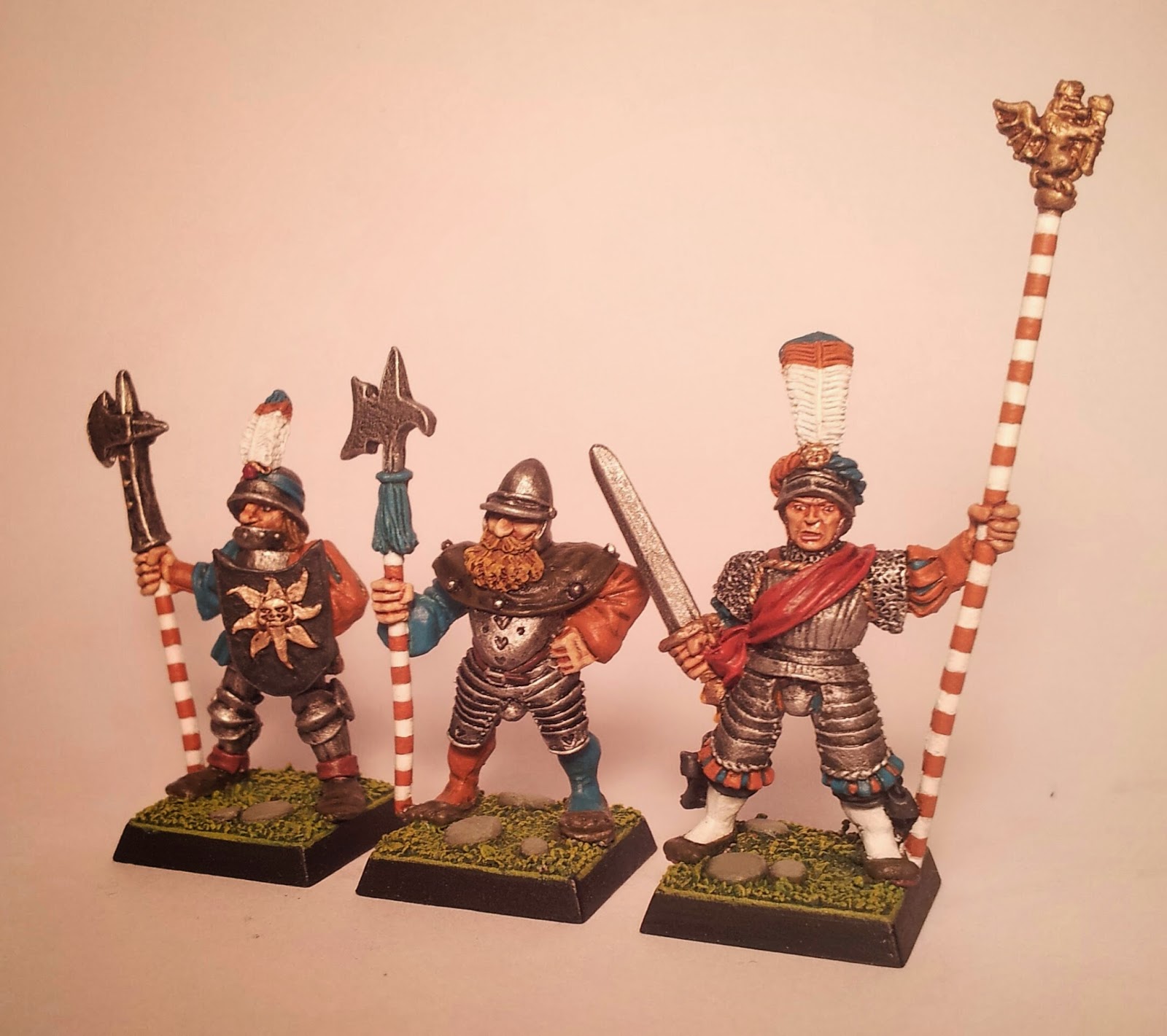 
Sticking with the Empire theme for the moment, I have made an attempt to start a Halberdier unit. This pair are both sculpts from Aly Morrison; the one on the left being from the Marauder Miniatures MM60 Fighters range and the the fellow on the right from the F2 Dogs of War series.
The rest of the unit are likely to be Perry sculpts but should all fit in together regardless. I've gone for a Marienburg colour scheme (not blue as such) but keeping with orange and sticking to a generally bright uniform. 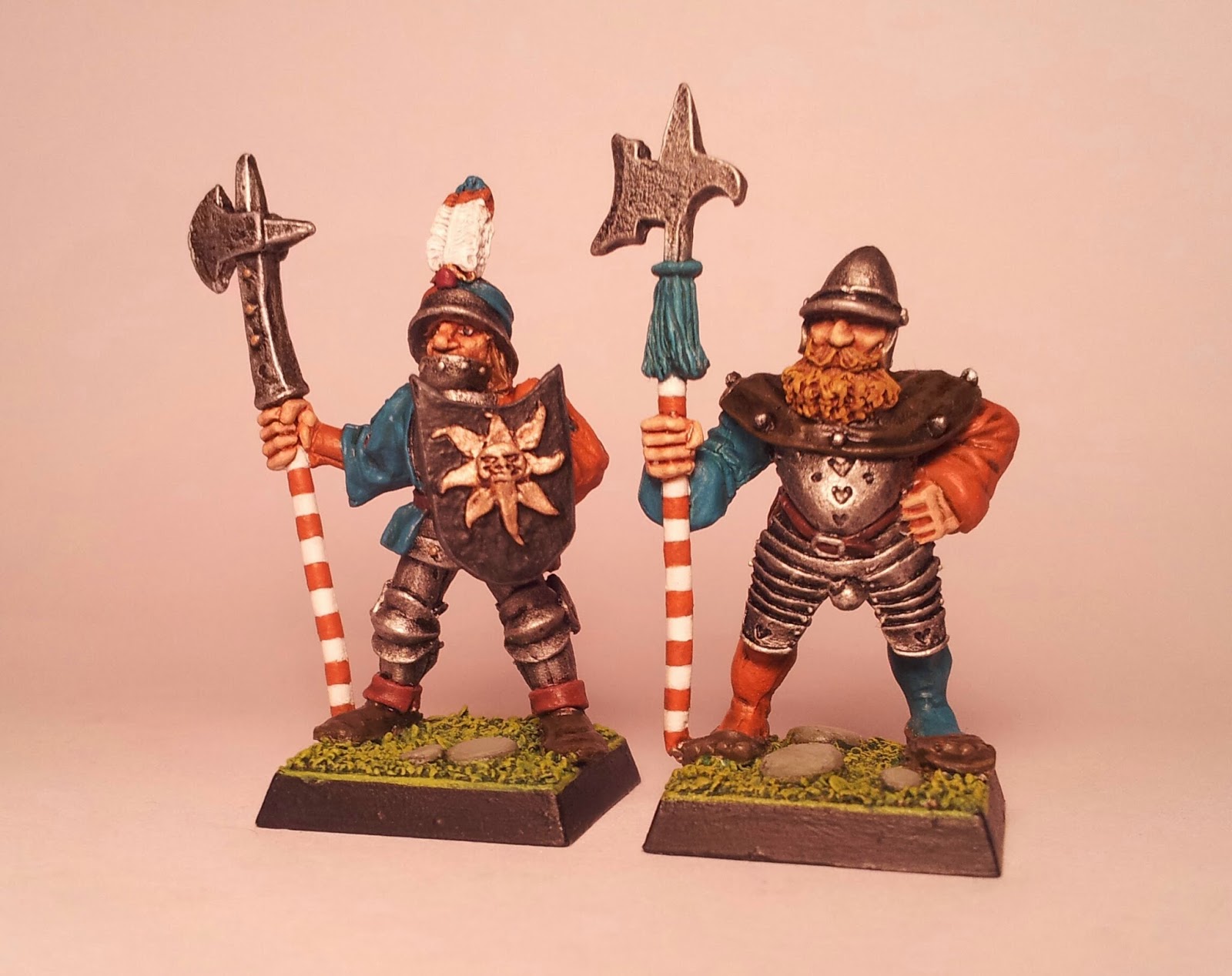 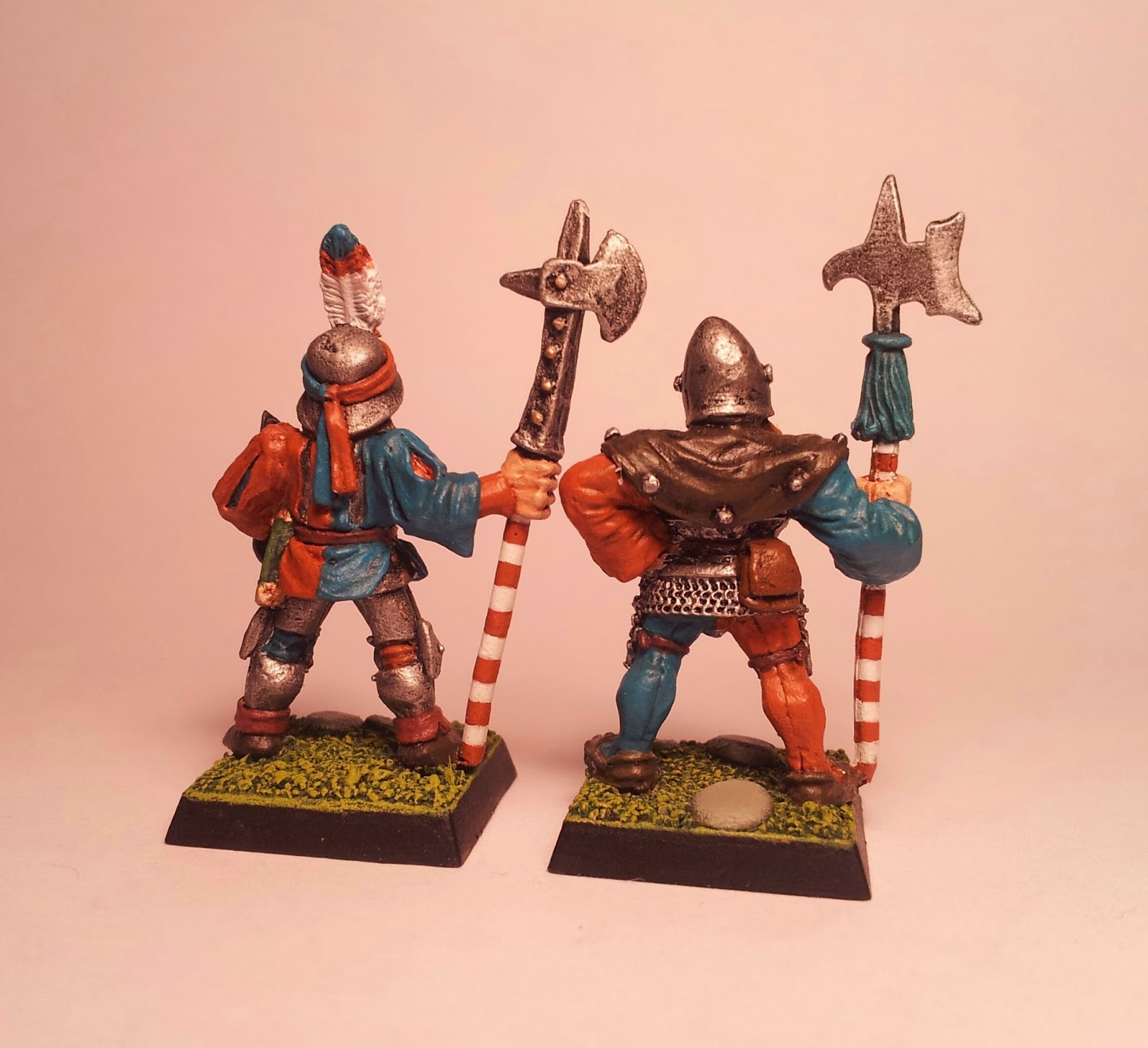 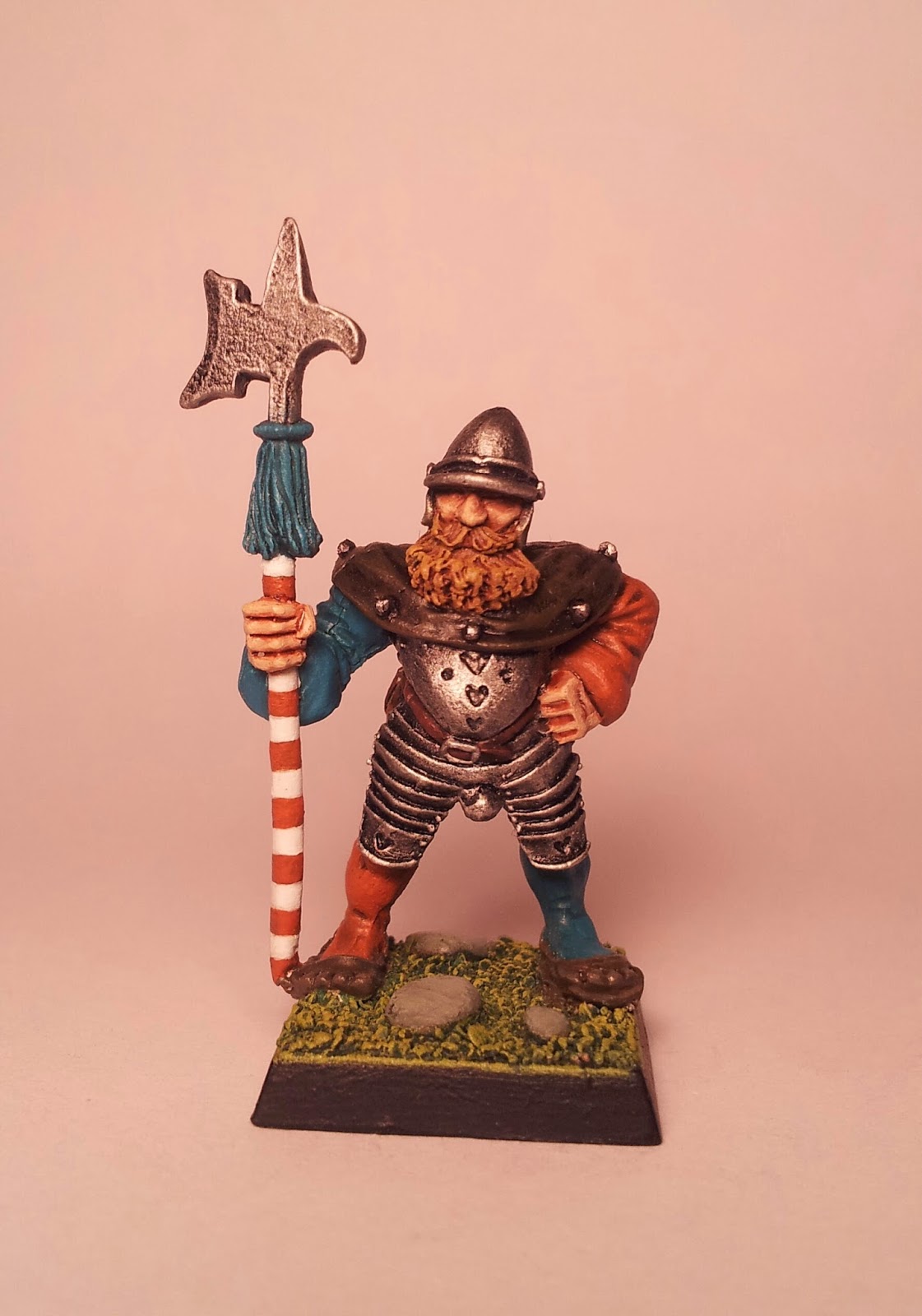 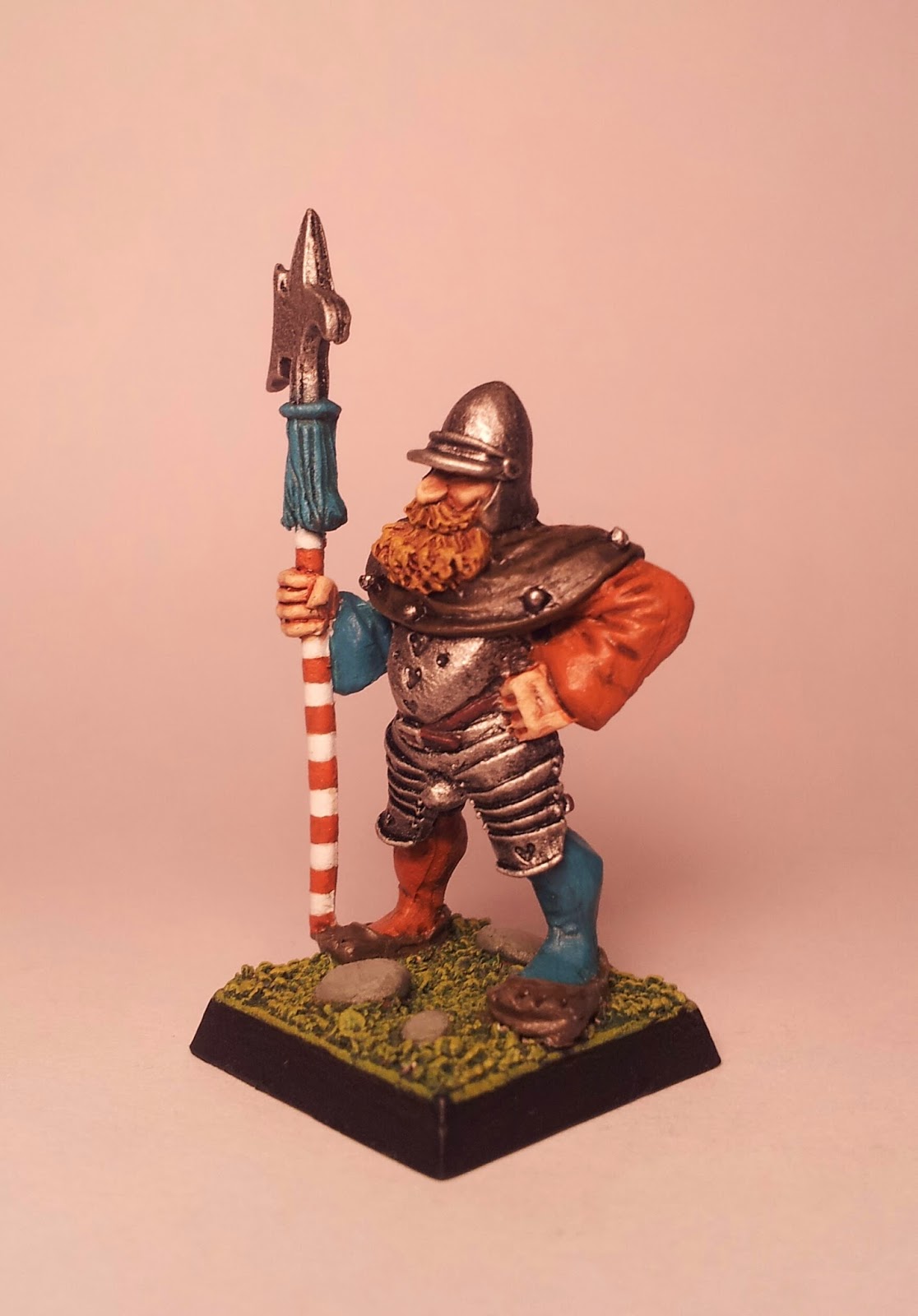 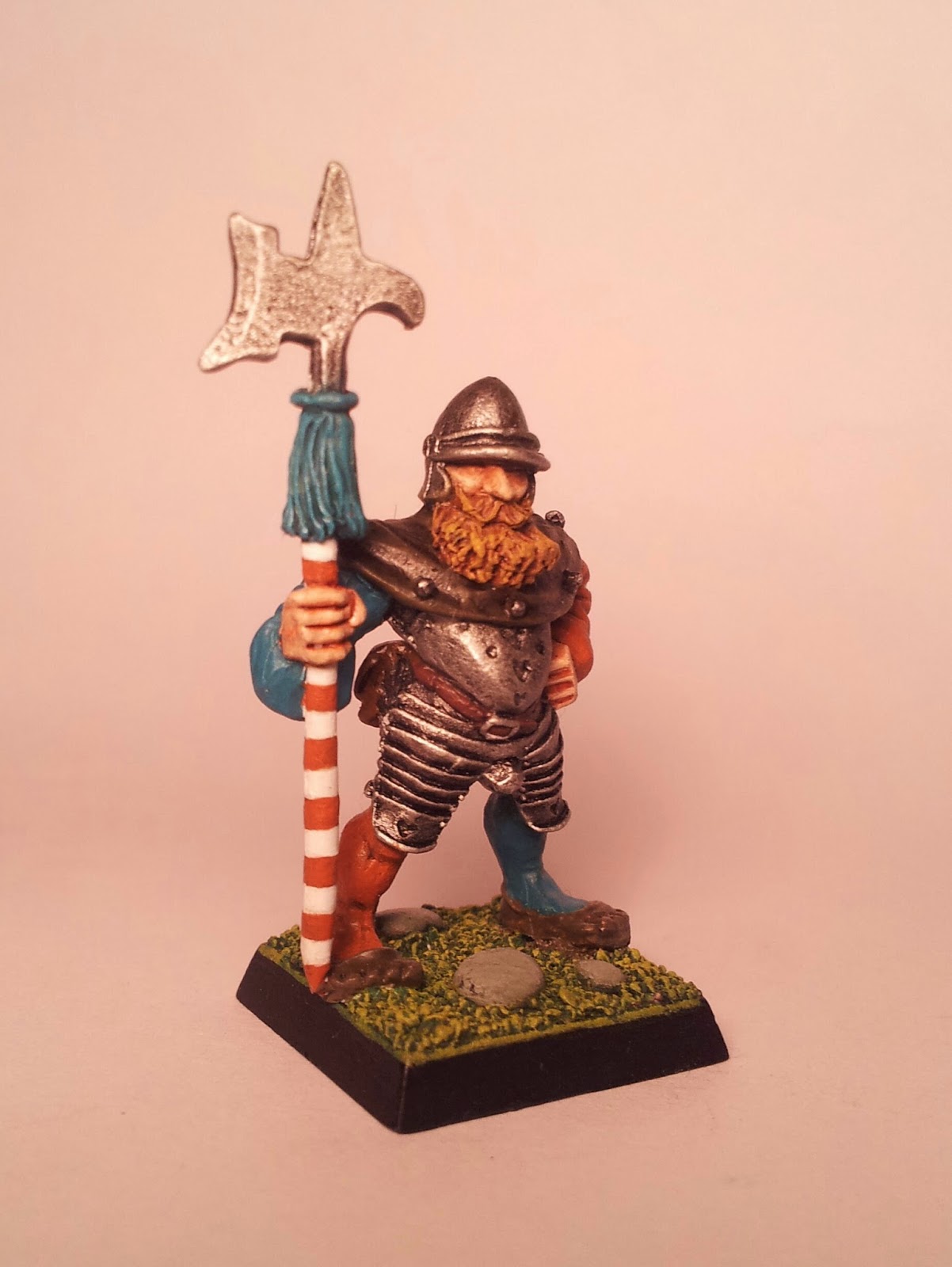 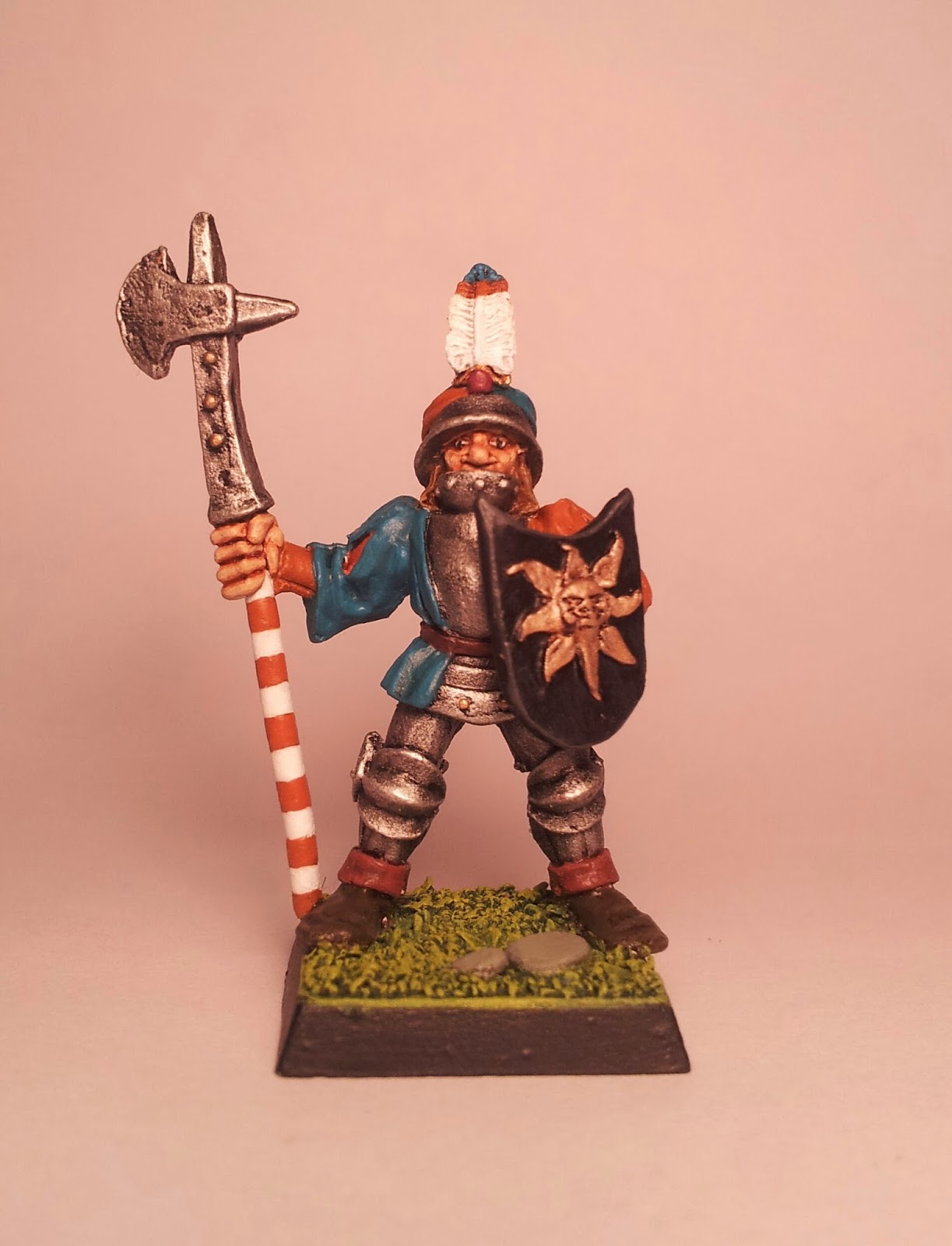 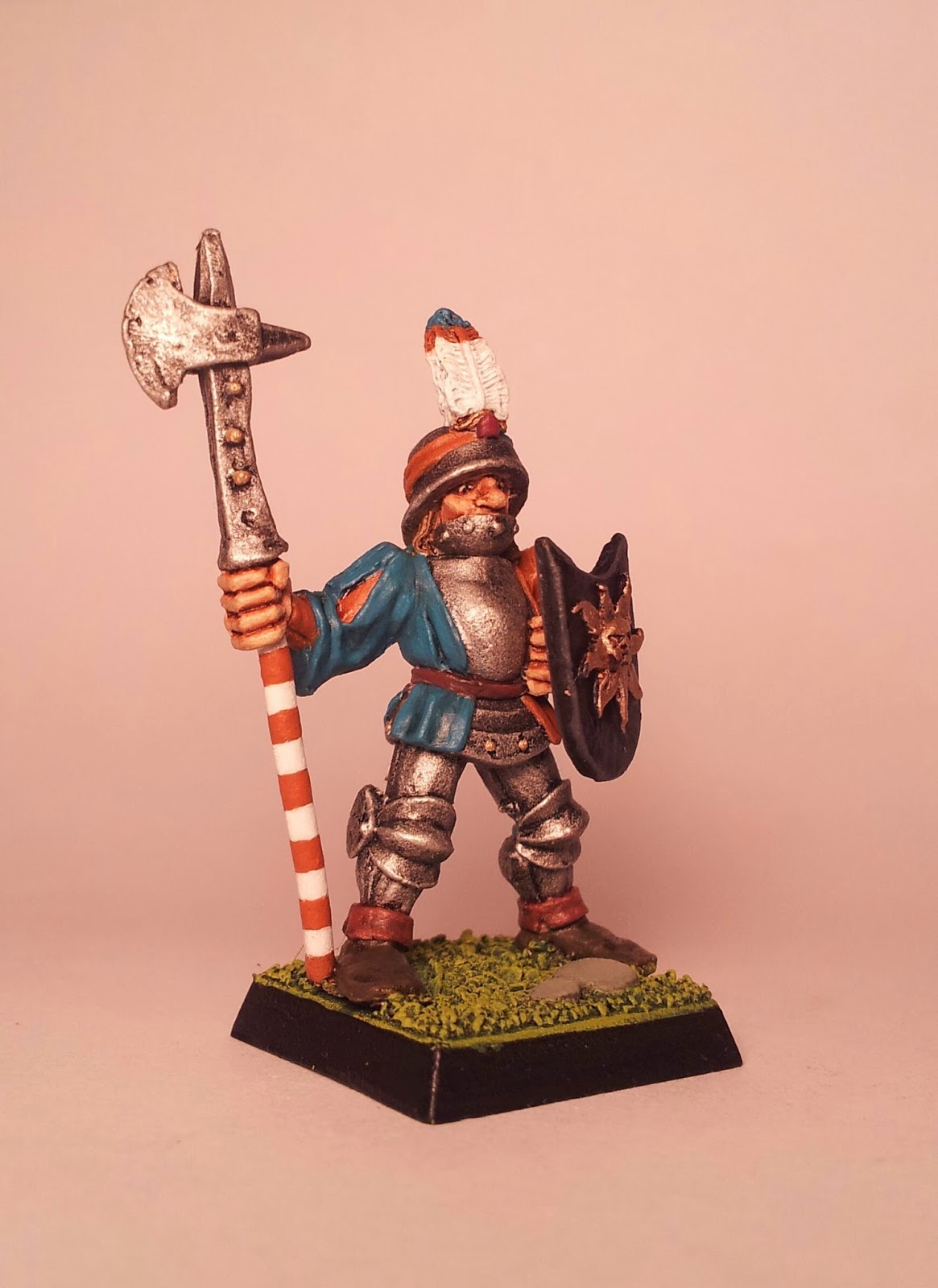 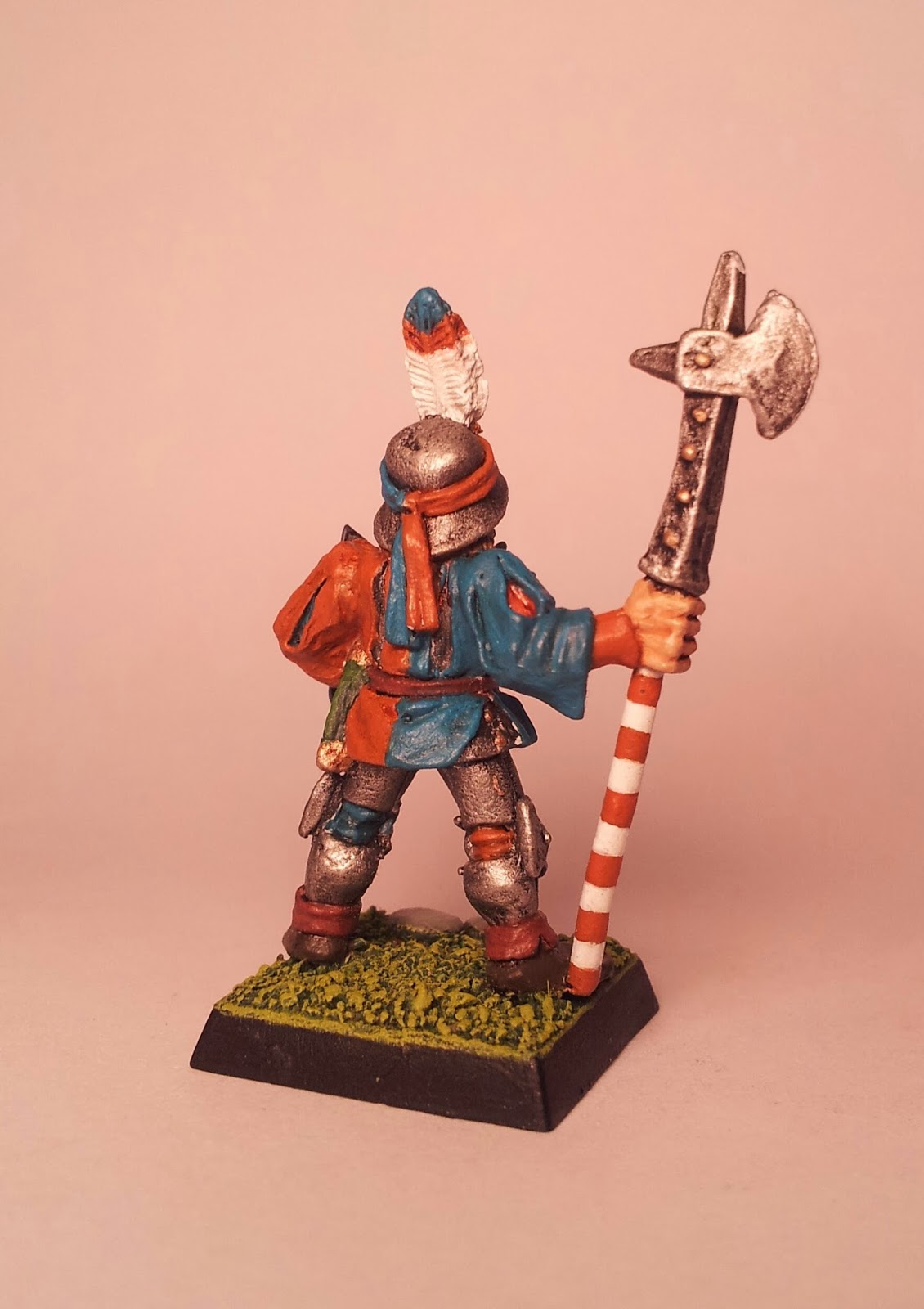 
It's been exactly a month since my last post. Over the Christmas period, I had intended to get plenty of painting done, especially as I decided to break up from work early as well. It didn't exactly pan out like that, however, with a combination of not having decided on what to work on as I wait on purchasing some more Elves and the usual festive distractions.
Anyway, I finally decided on having a crack at this guy. I've always been a big fan of this figure and I think his face is one of the best ever sculpted but he is challenging and I have attempted him a few times in the past and not been happy with it. 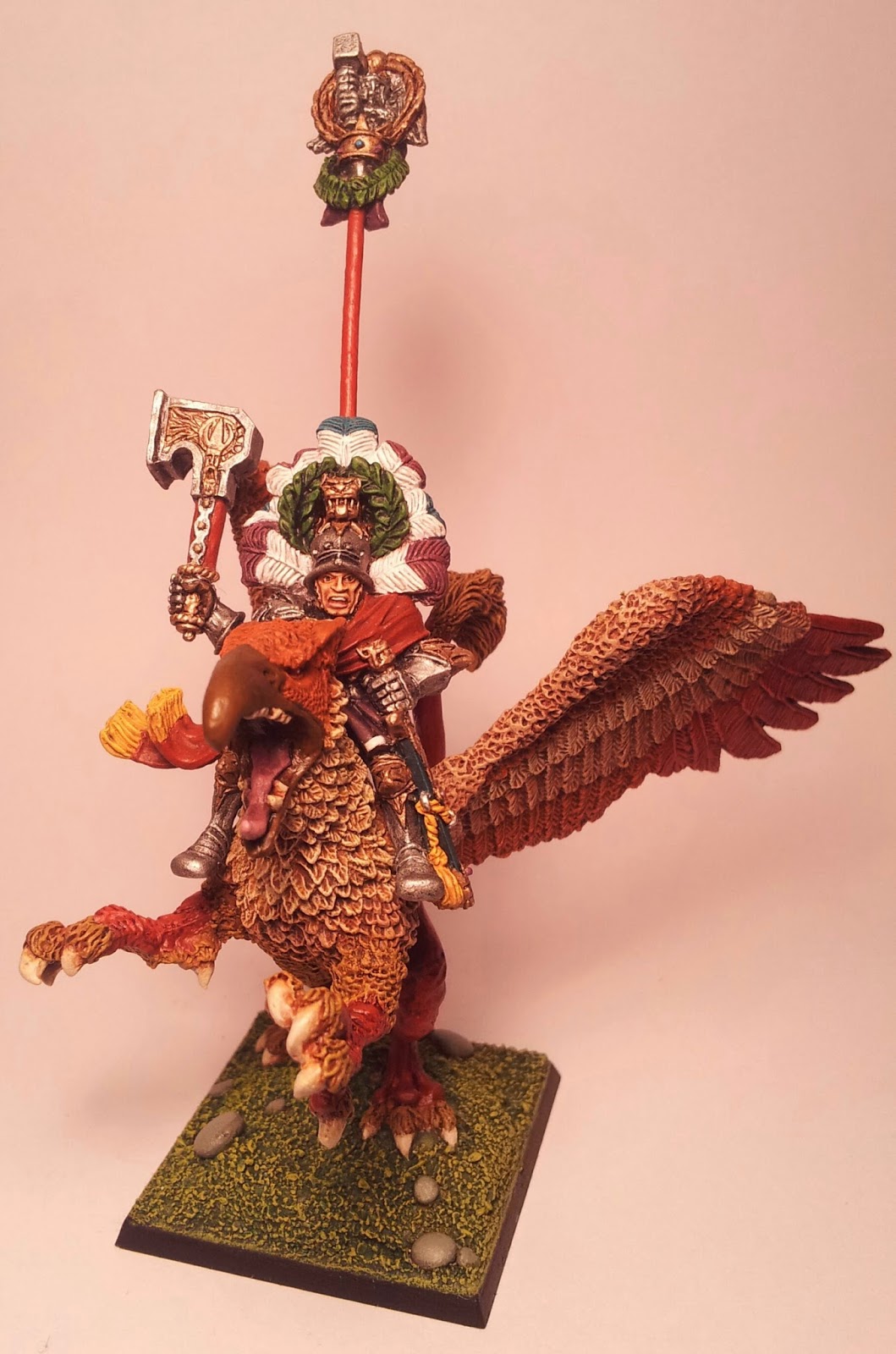 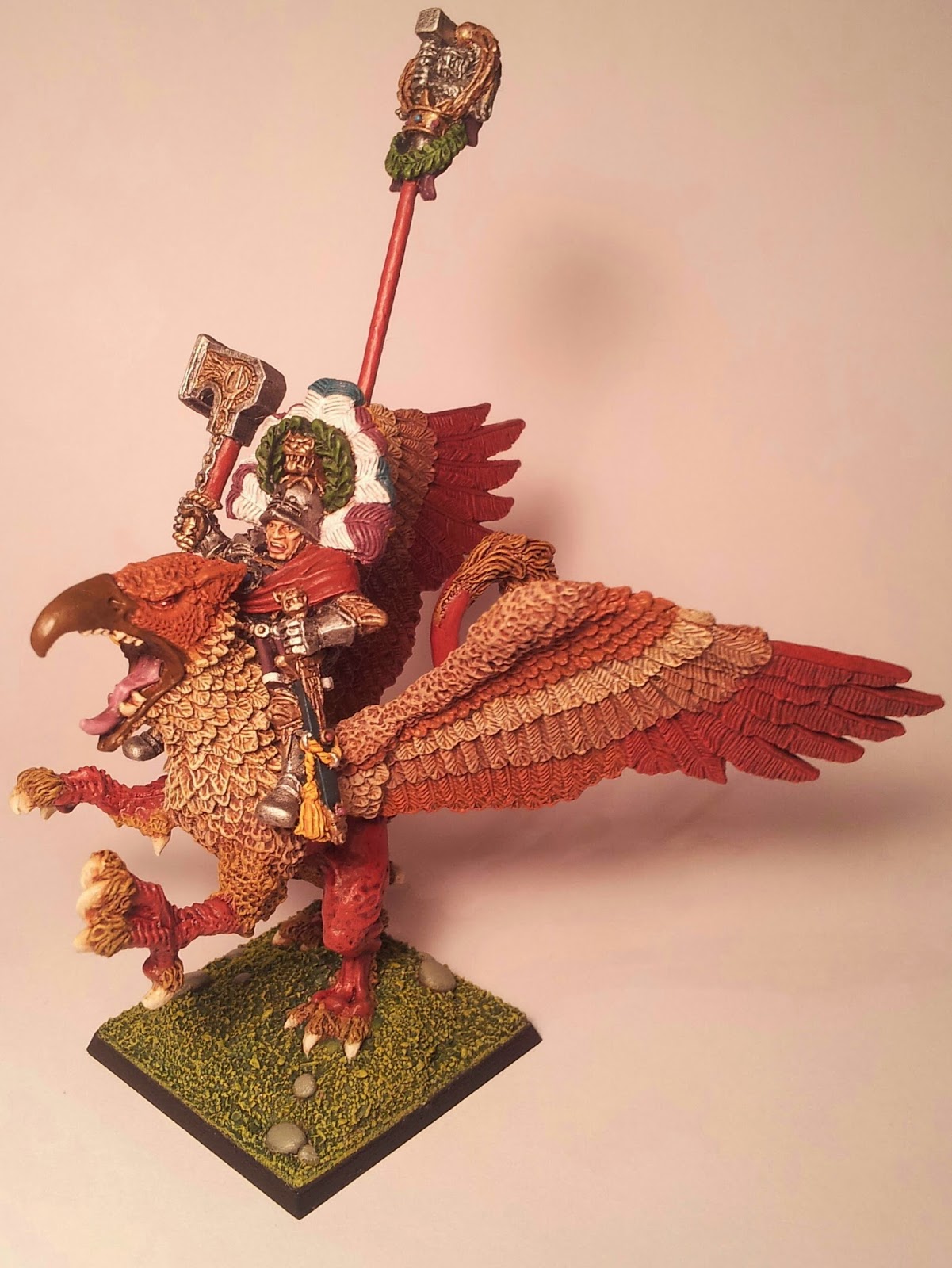 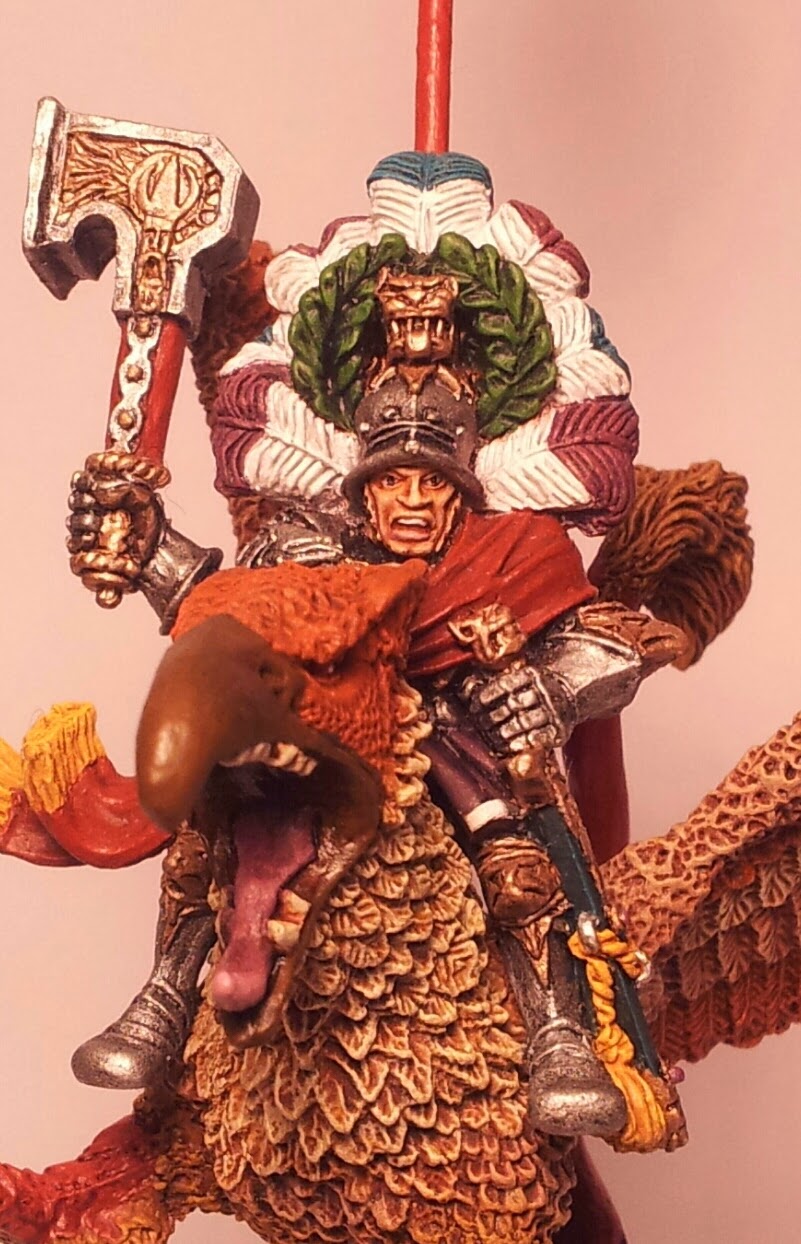 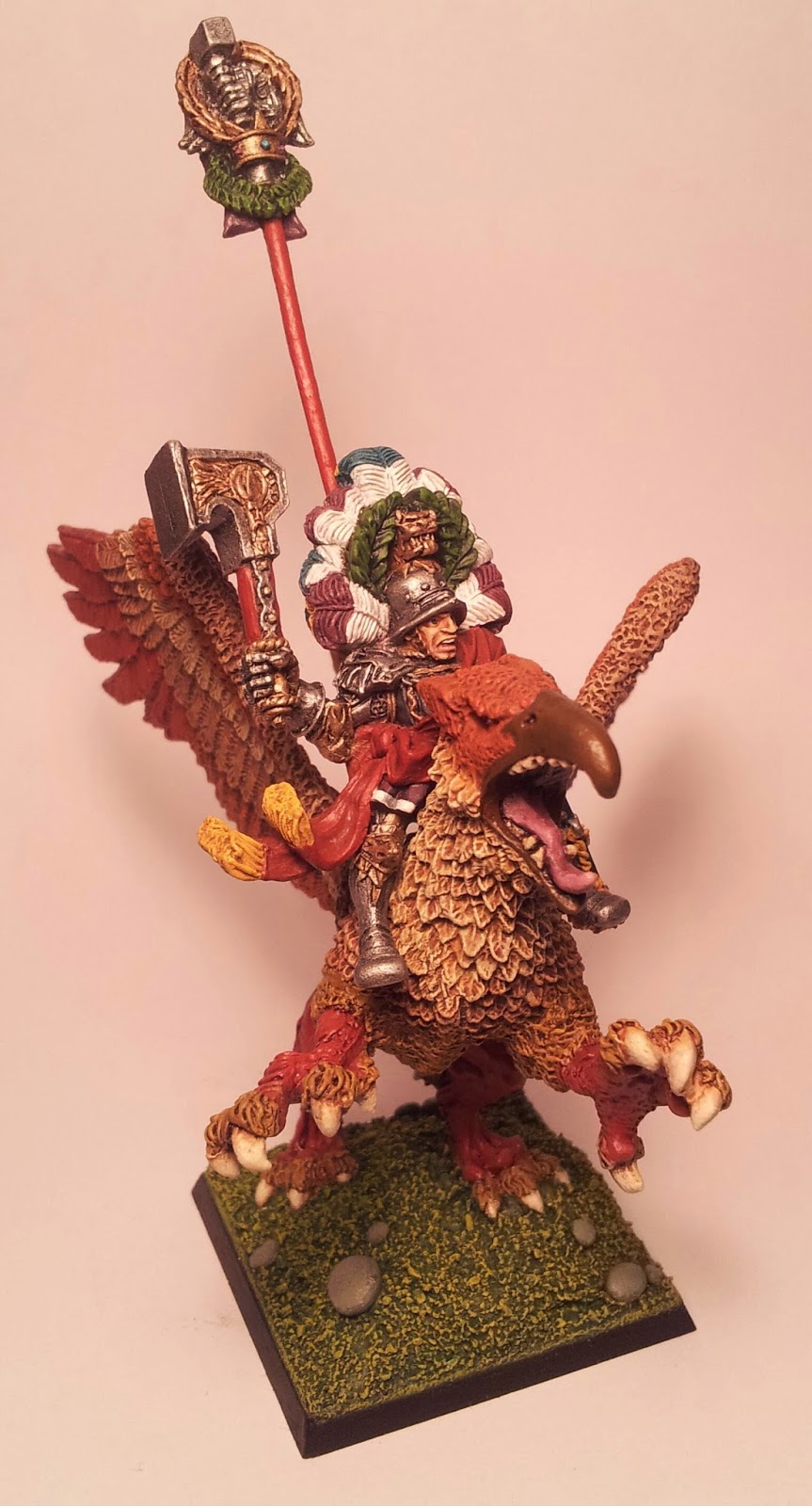 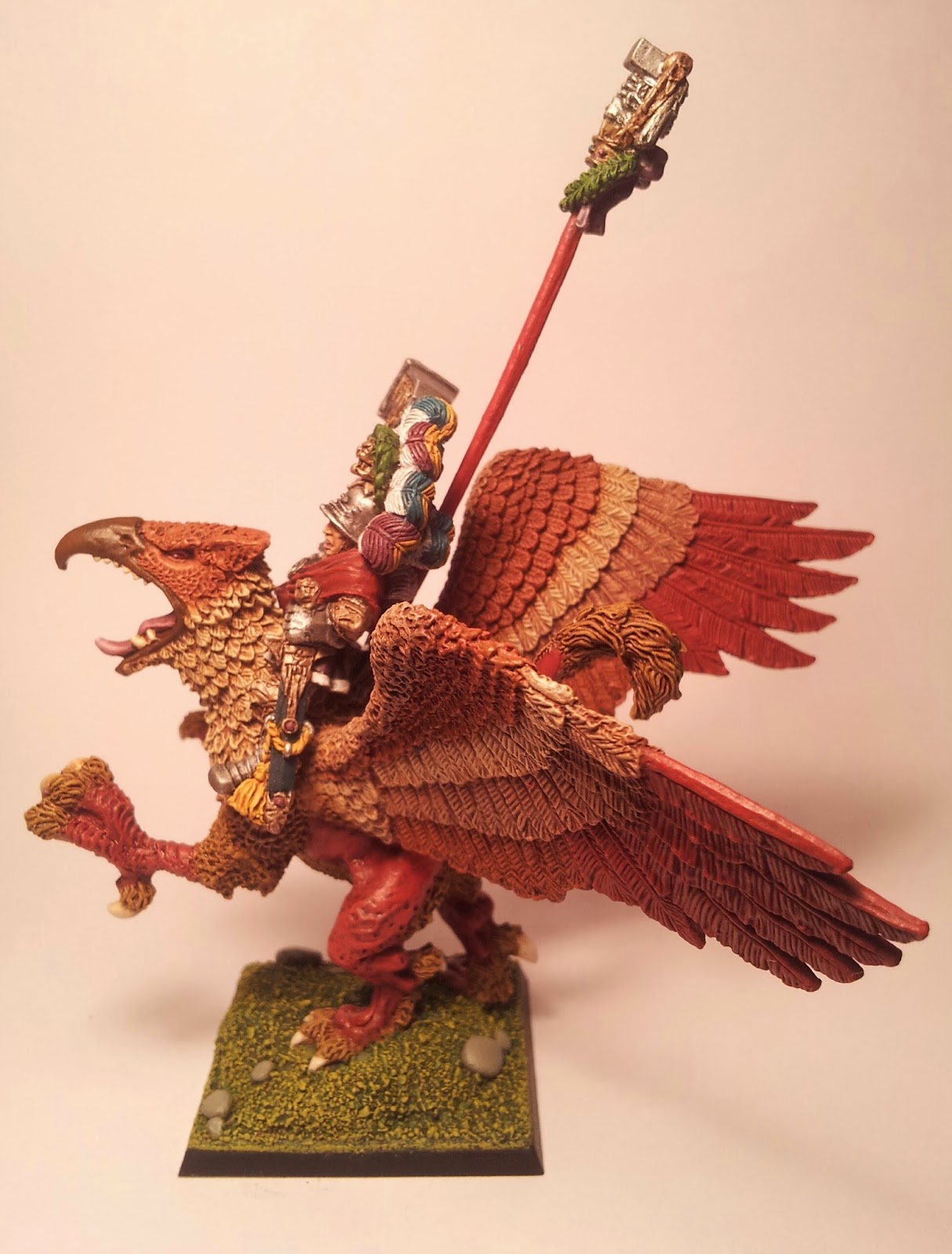 I have to say that the griffin was mind numbingly boring to paint. I decided to go for a lot of neutral colours to contrast against Emperor Karl; not that he looks very brightly coloured in these photos.
I also opted out on painting its skin in a tiger pattern like a lot of other painted versions out there as it didn't seem to go with the shade of fur I'd already given it. Well that's my excuse! 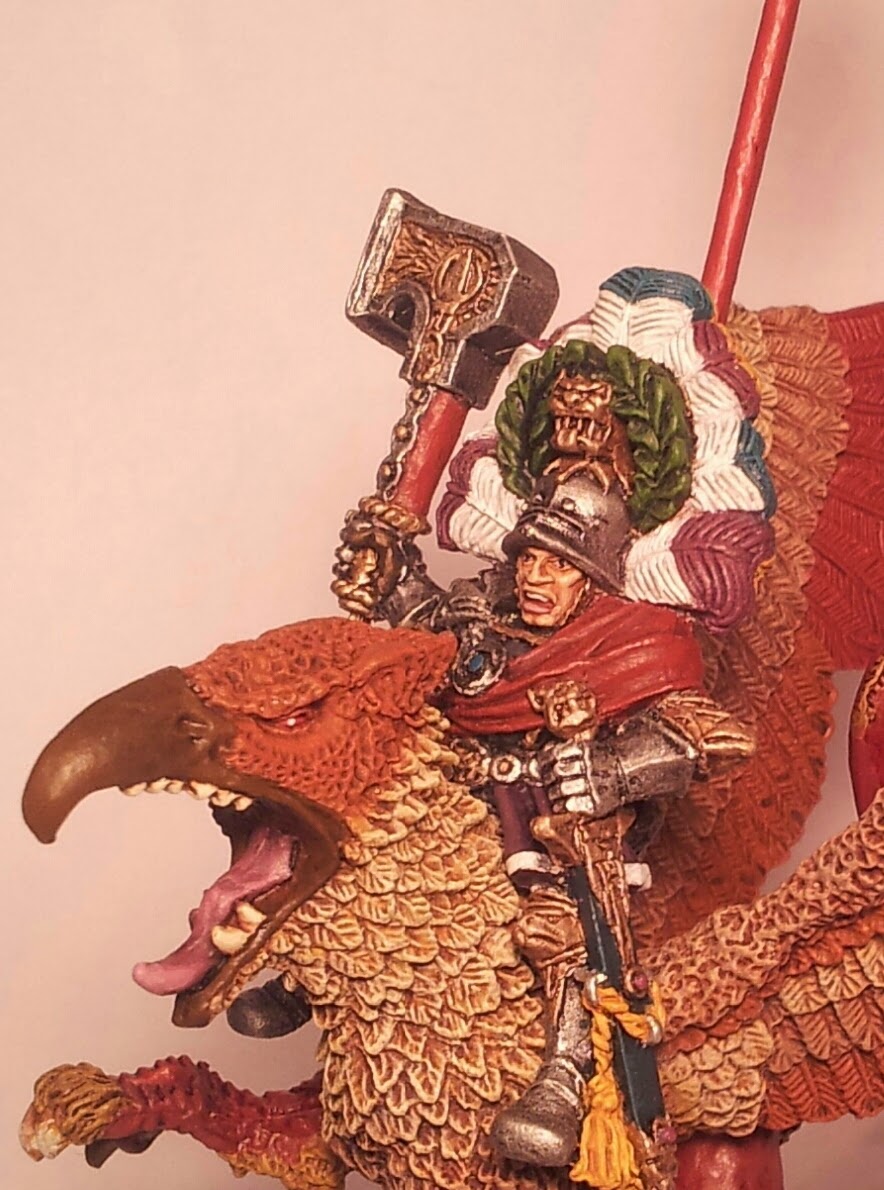 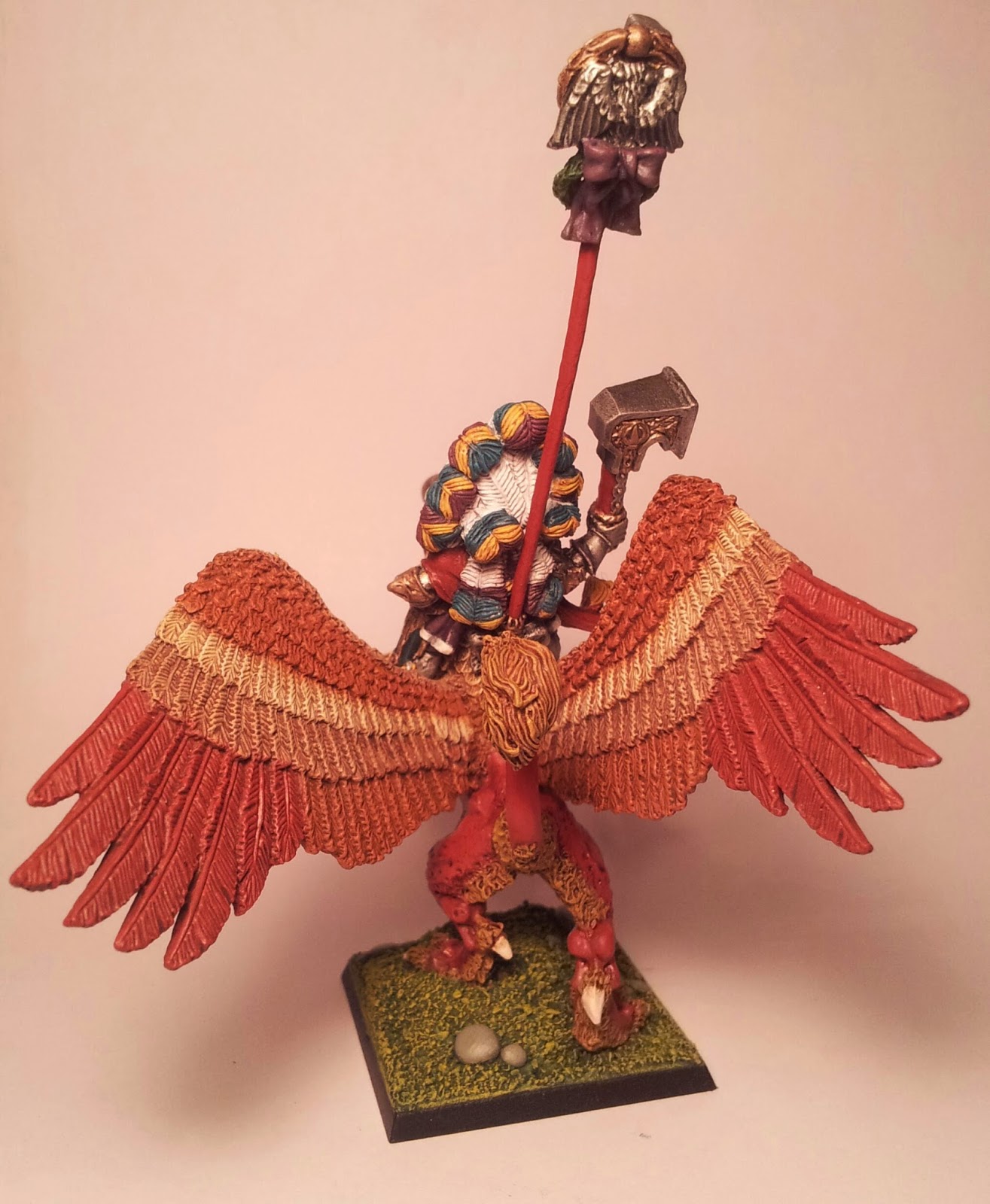