Well I thought December's installment of the Old World Army Challenge would be fairly straight forward what with having a bit of spare time over the Christmas period but I only just managed to finish on new year's eve.

Opting for both artillery pieces, I've gone for uniform colours that are quite diverse from the Empire provinces; particularly the black and apple green of the great cannon crew. 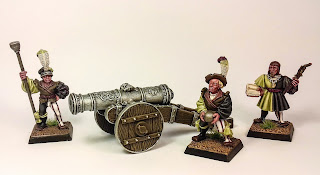 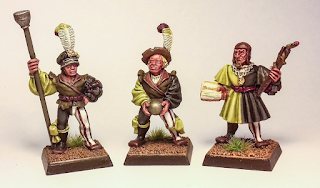 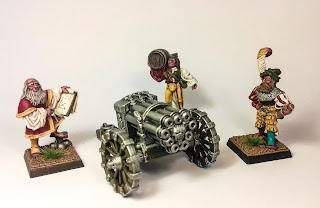 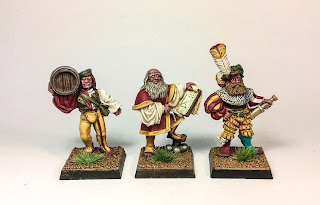 I kept both war engines quite plain as both sets of crew are busy enough with colour. If I'm honest I found this month's challenge a strain at times, in particular the volley gun crew. The guy with the barrel is a pretty rough sculpt in places, especially the face. I'm not used to painting to deadlines and some of it felt a little rushed.

Anyway, this month I'm focusing on cavalry and I'm going down a non Citadel route. Hopefully it won't be too much of a rushed struggle this time!