Got him at last! After hacking mine up for an unsuccessful conversion years ago, I have managed to get my hand on this brilliant Empire Hero fig. No sooner had he arrived in the post; he was spray primered and ready for painting. Arguably my favourite Empire fig (along with the standard bear in this same unit), he is your archetypal battle hardened veteran; an old campaigner.
Accompanying him into my Marienburg halberdier unit is an Empire Drummer; another beautiful Perry sculpt. 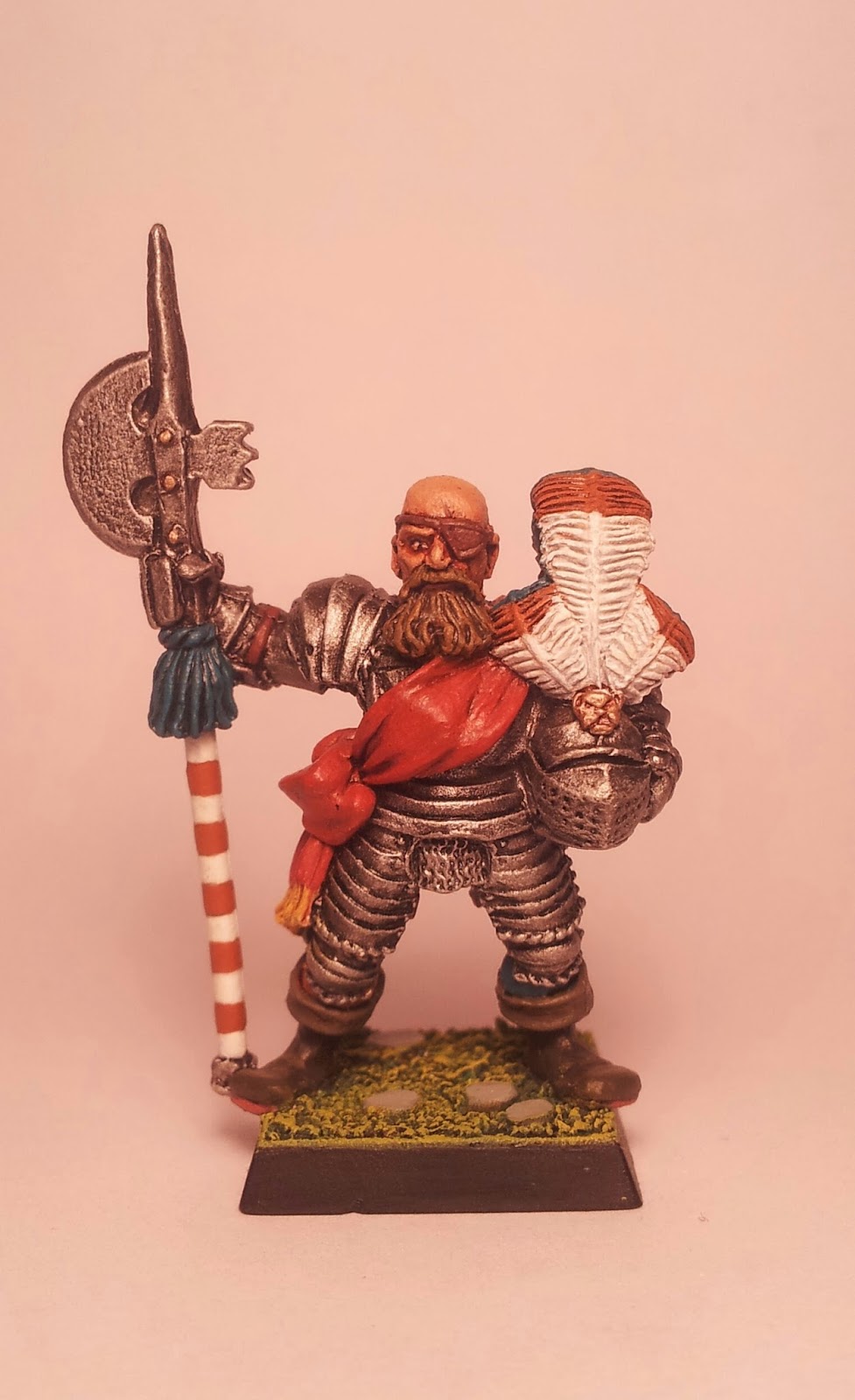 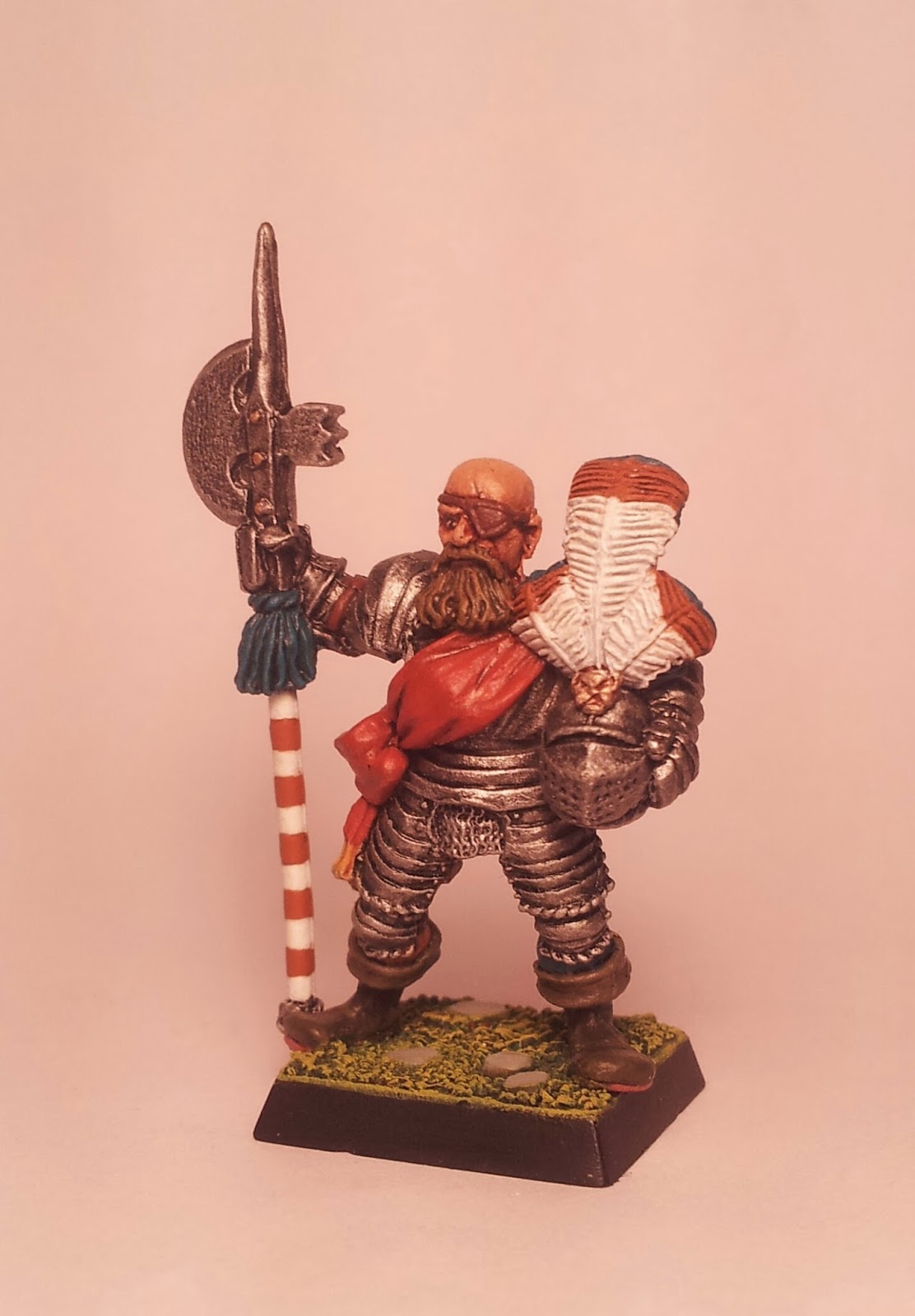 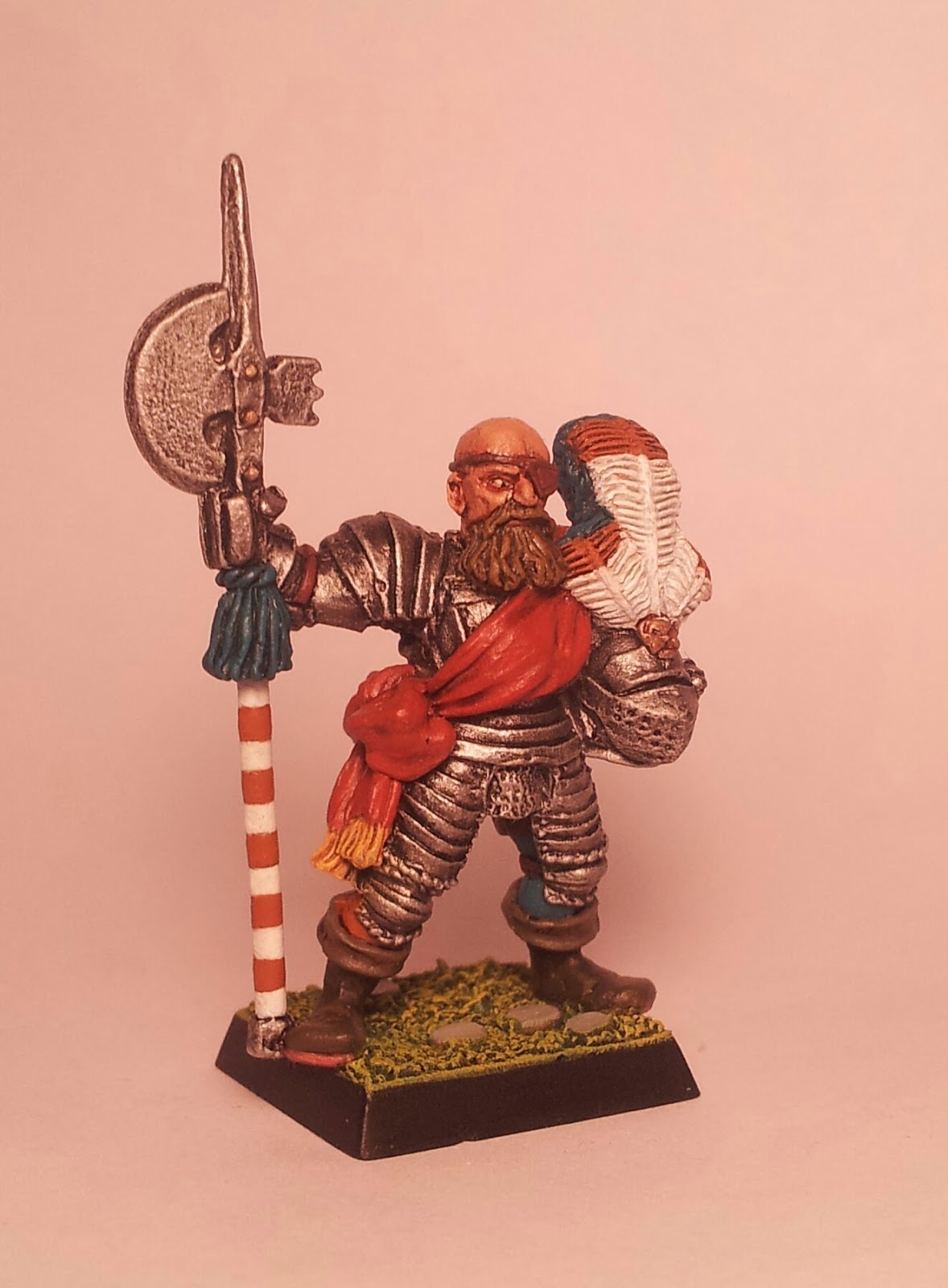 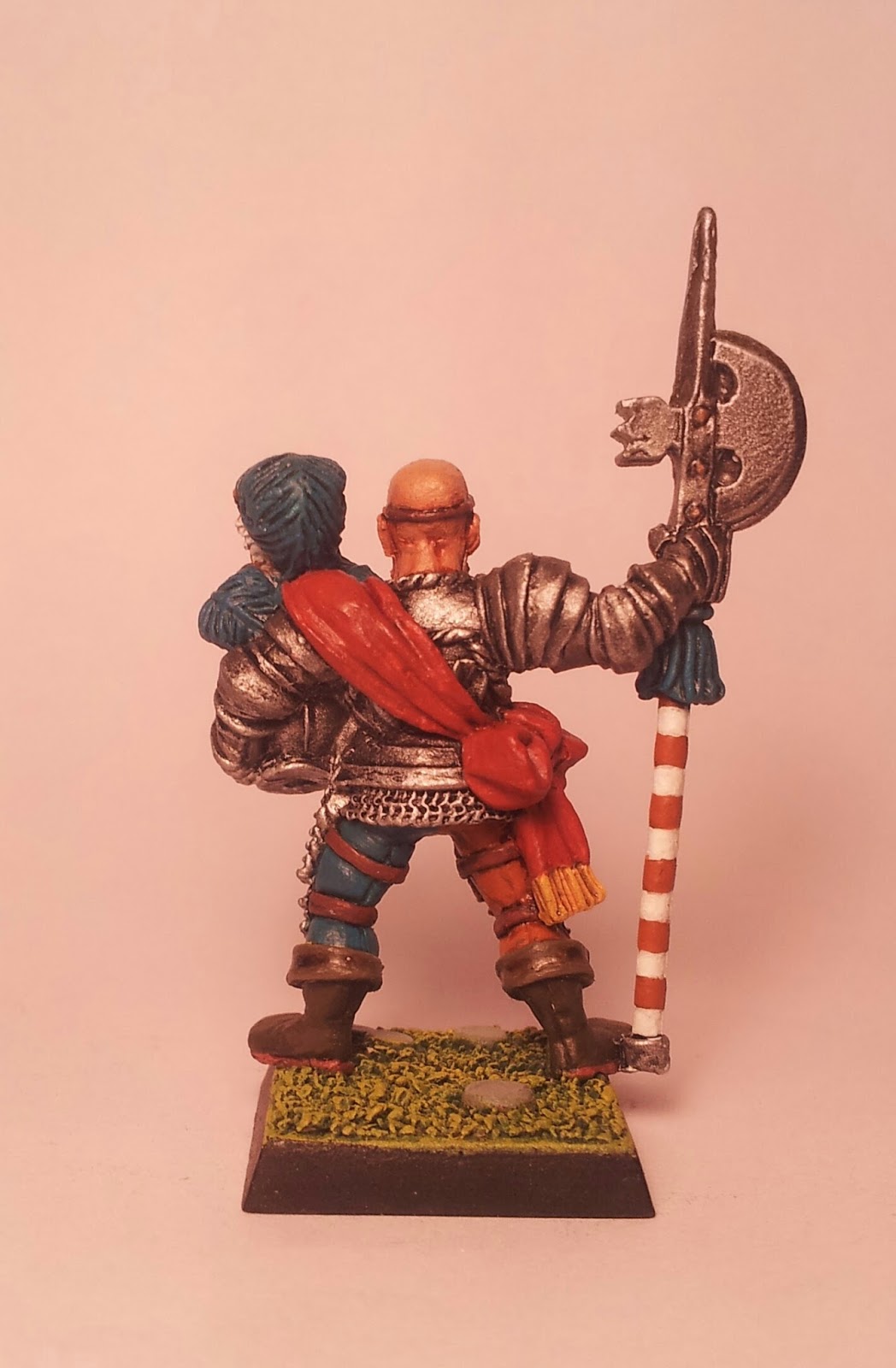 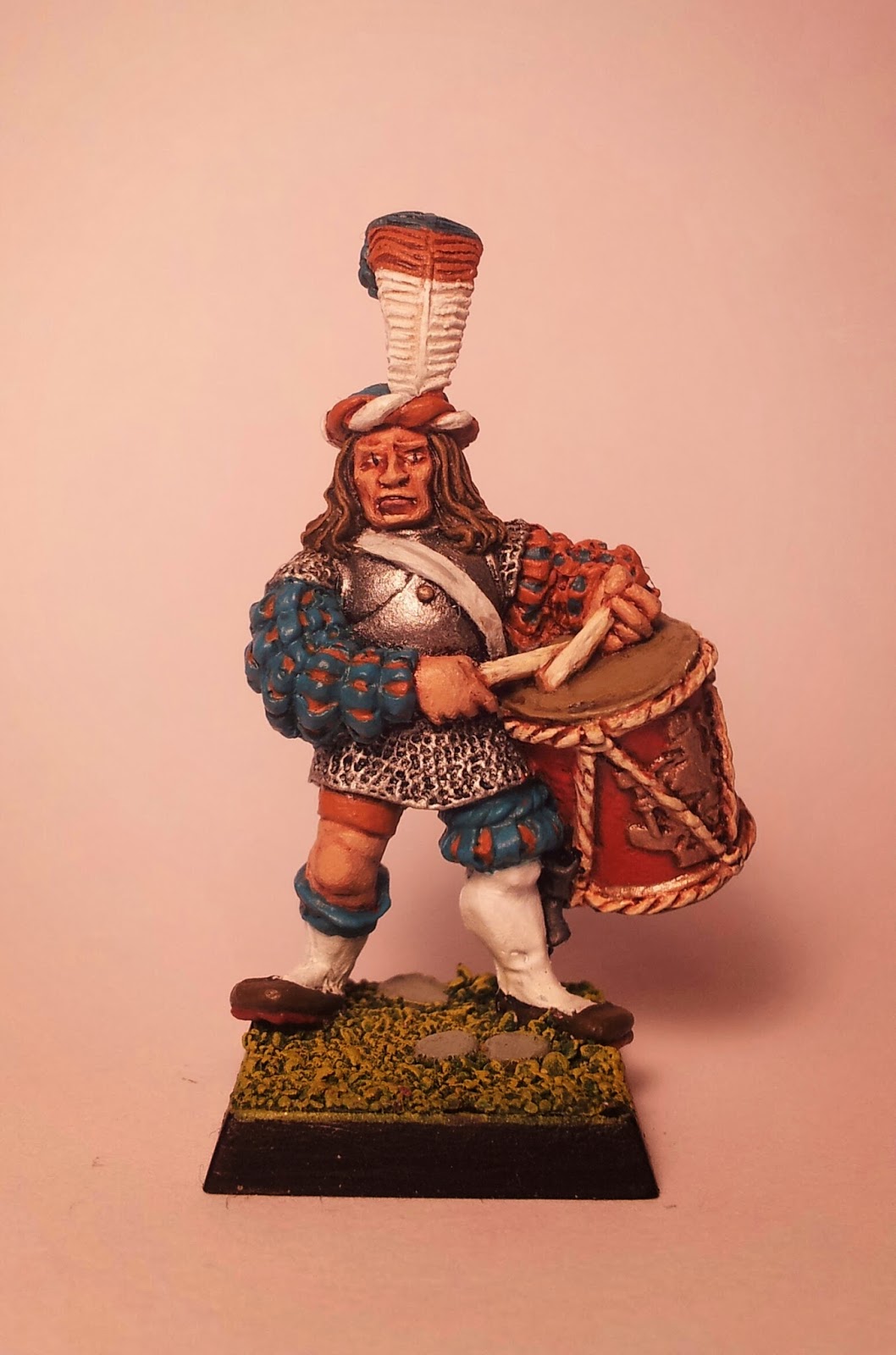 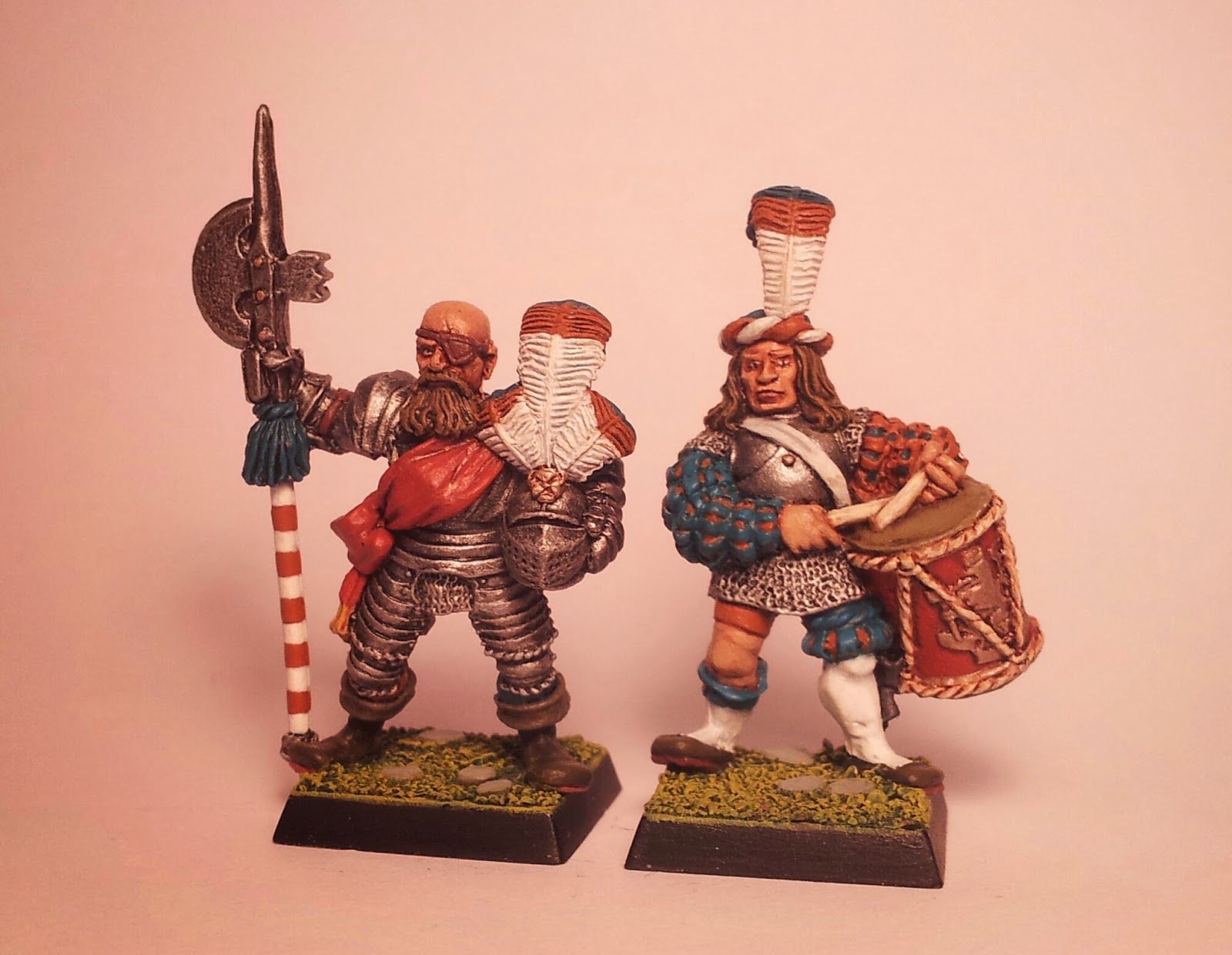 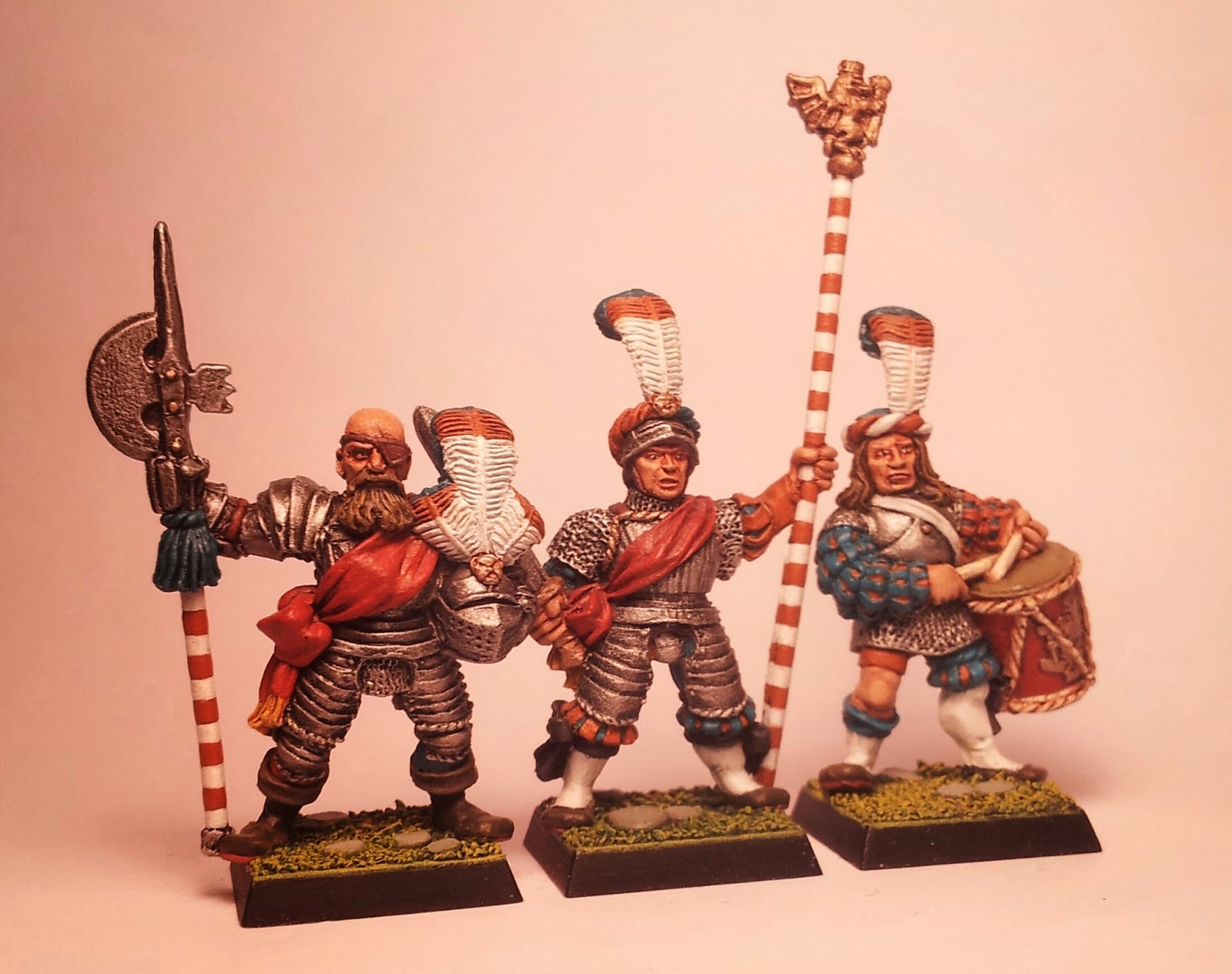 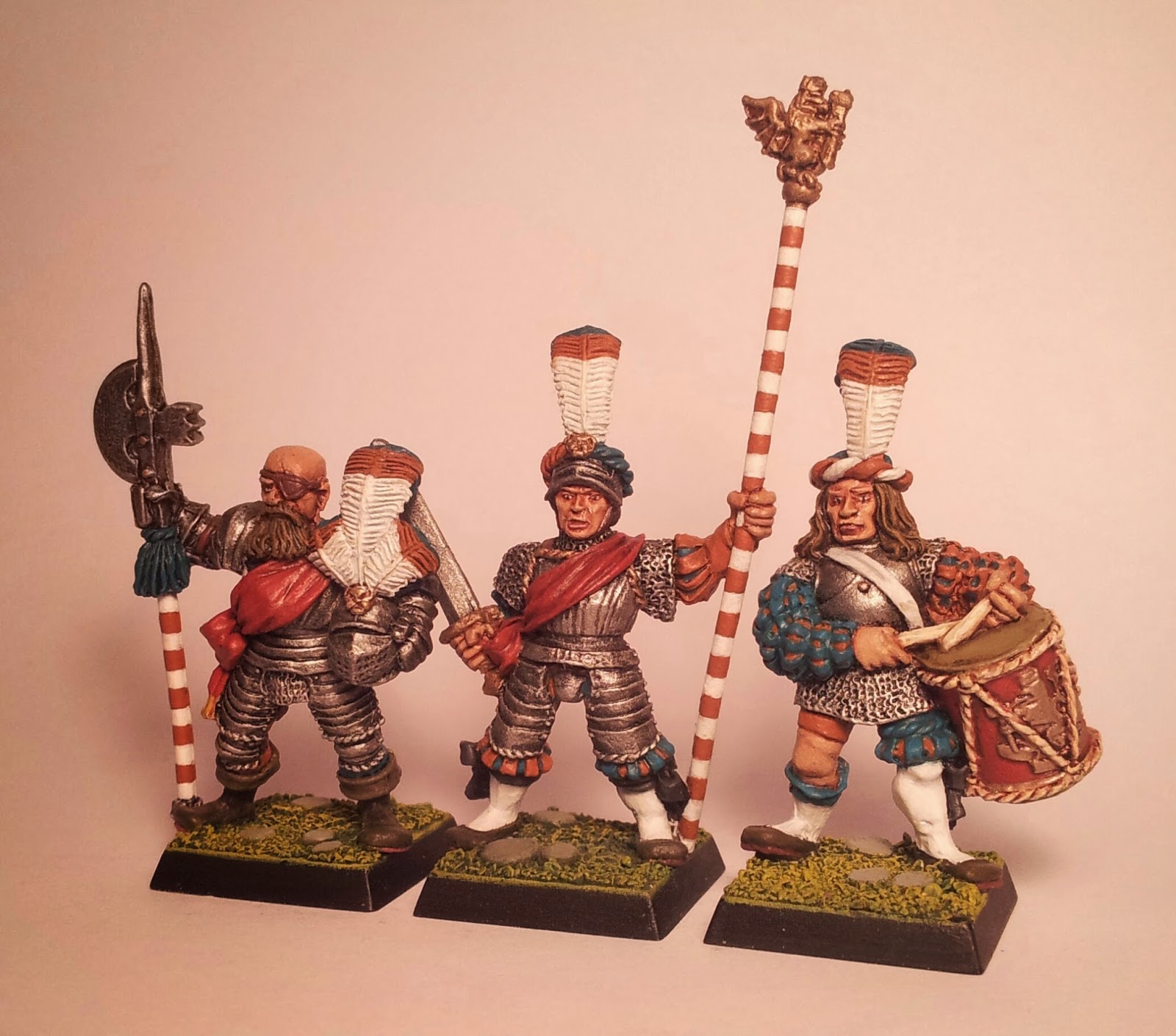 The Halberdier Unit so far 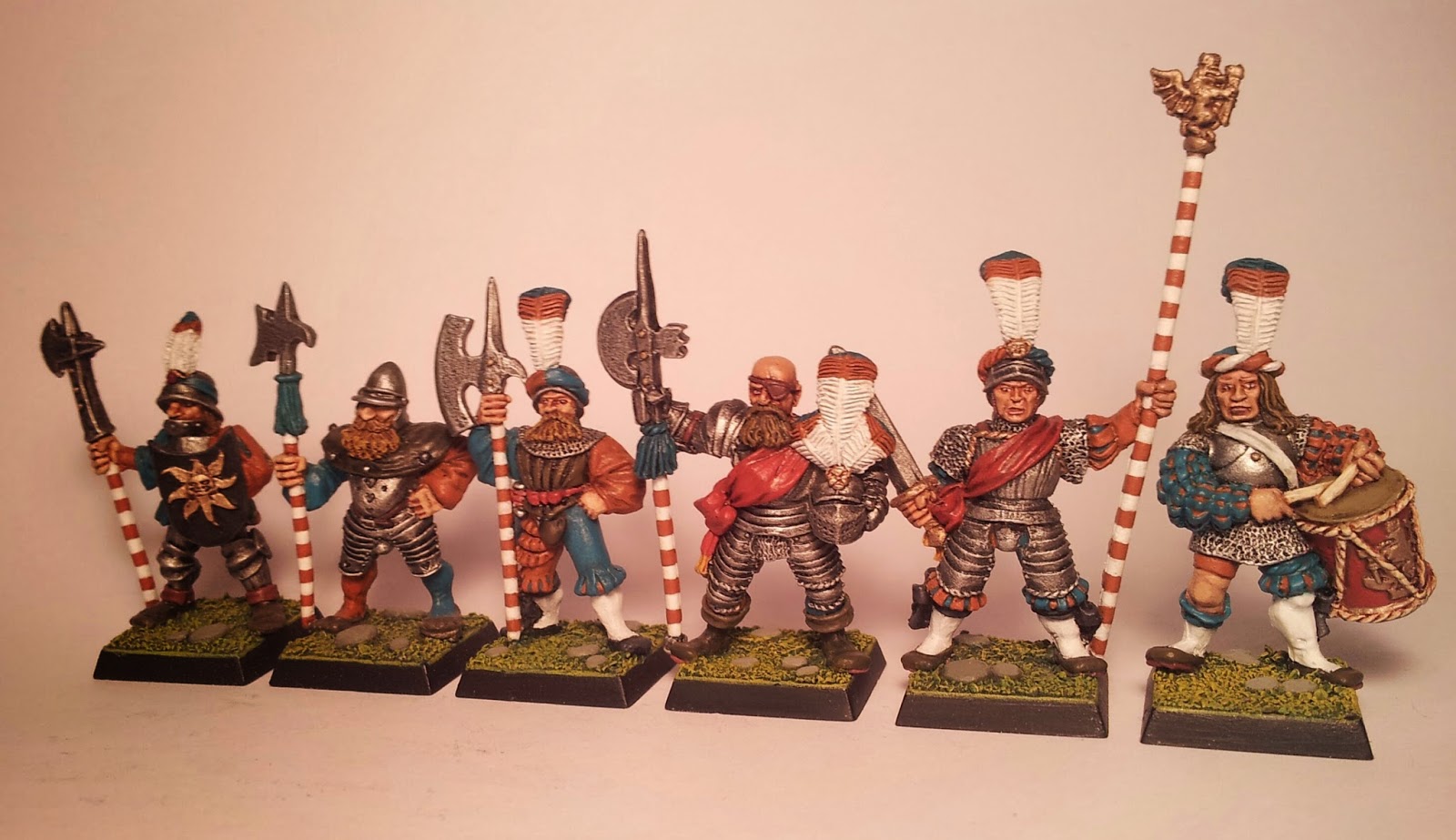 
A quick post for now; here is another Halberdier (third from left) to add to my slowly increasing Marienburg unit. Still requiring a few more purchases to target a unit of 15. 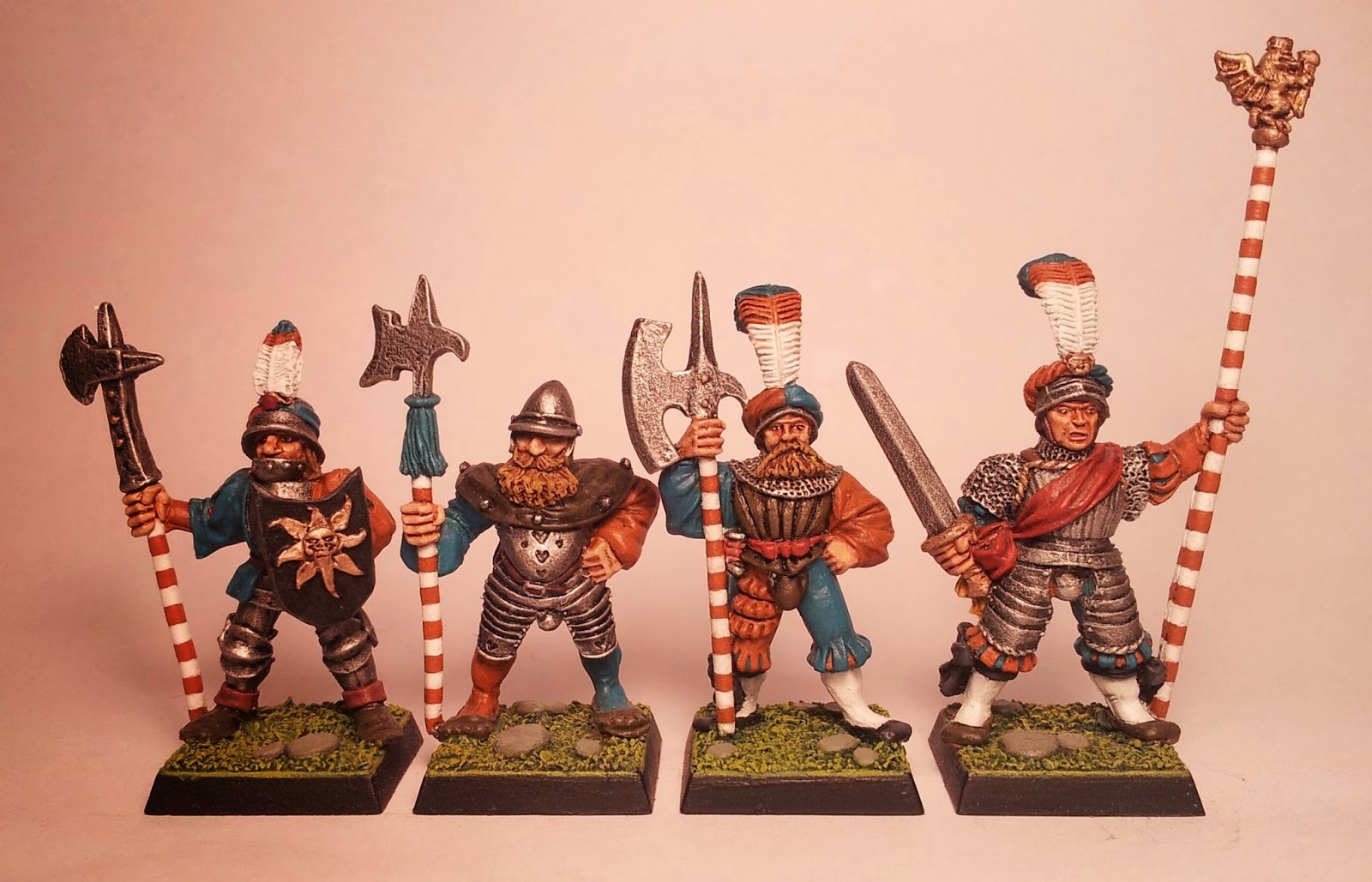 I still haven't sorted out a banner for the standard bearer yet but I have pencilled in a few ideas. 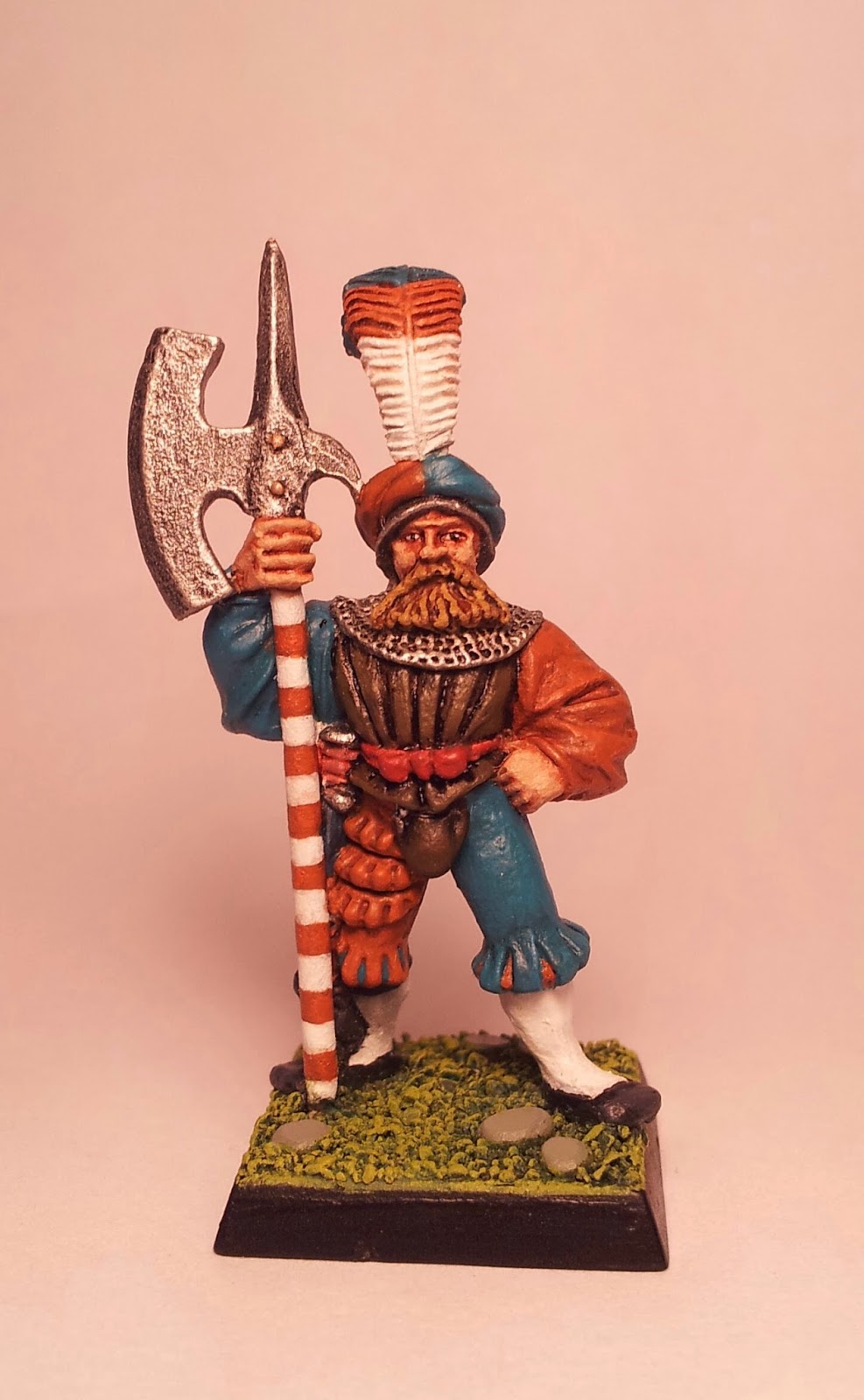 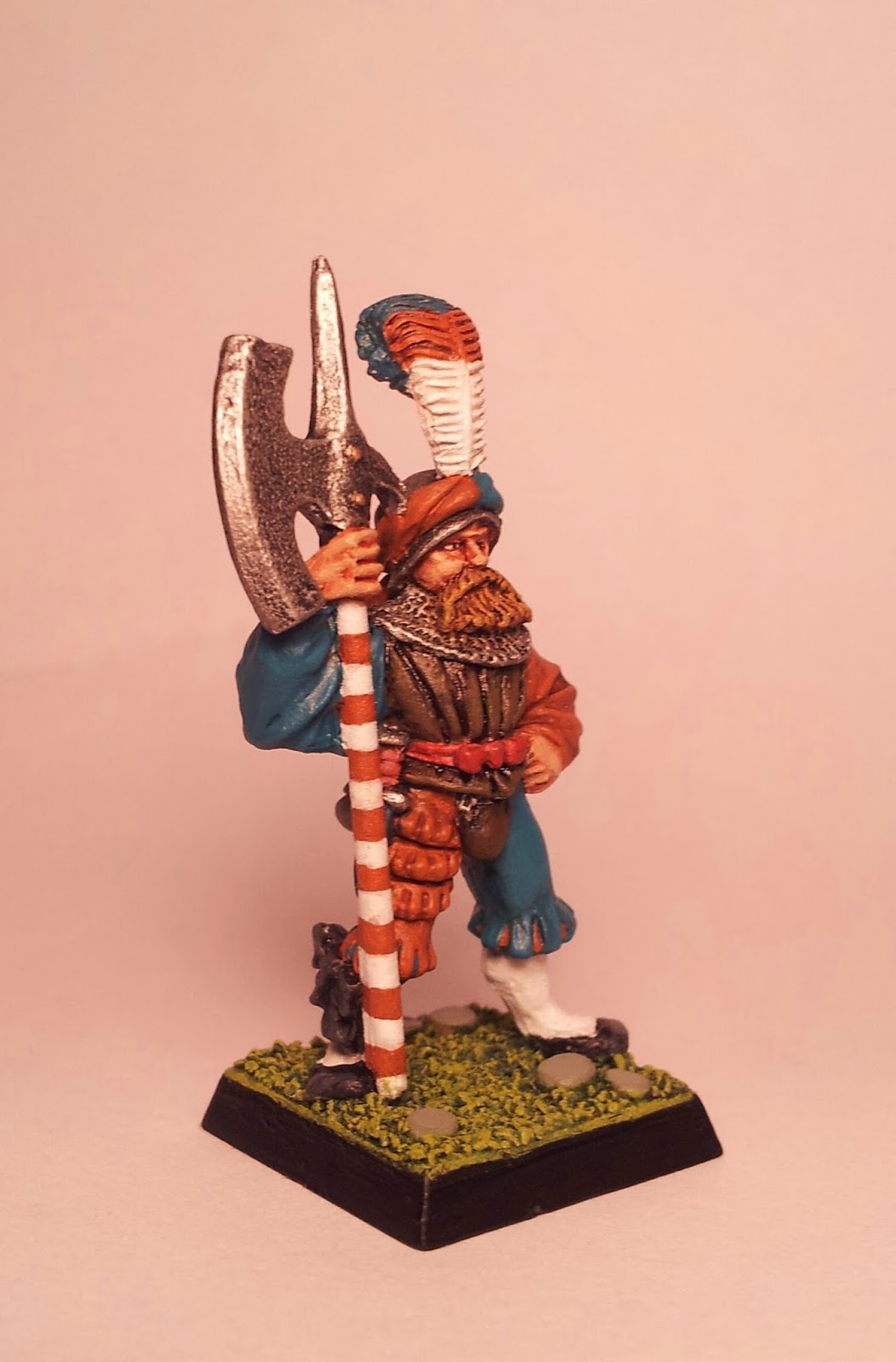 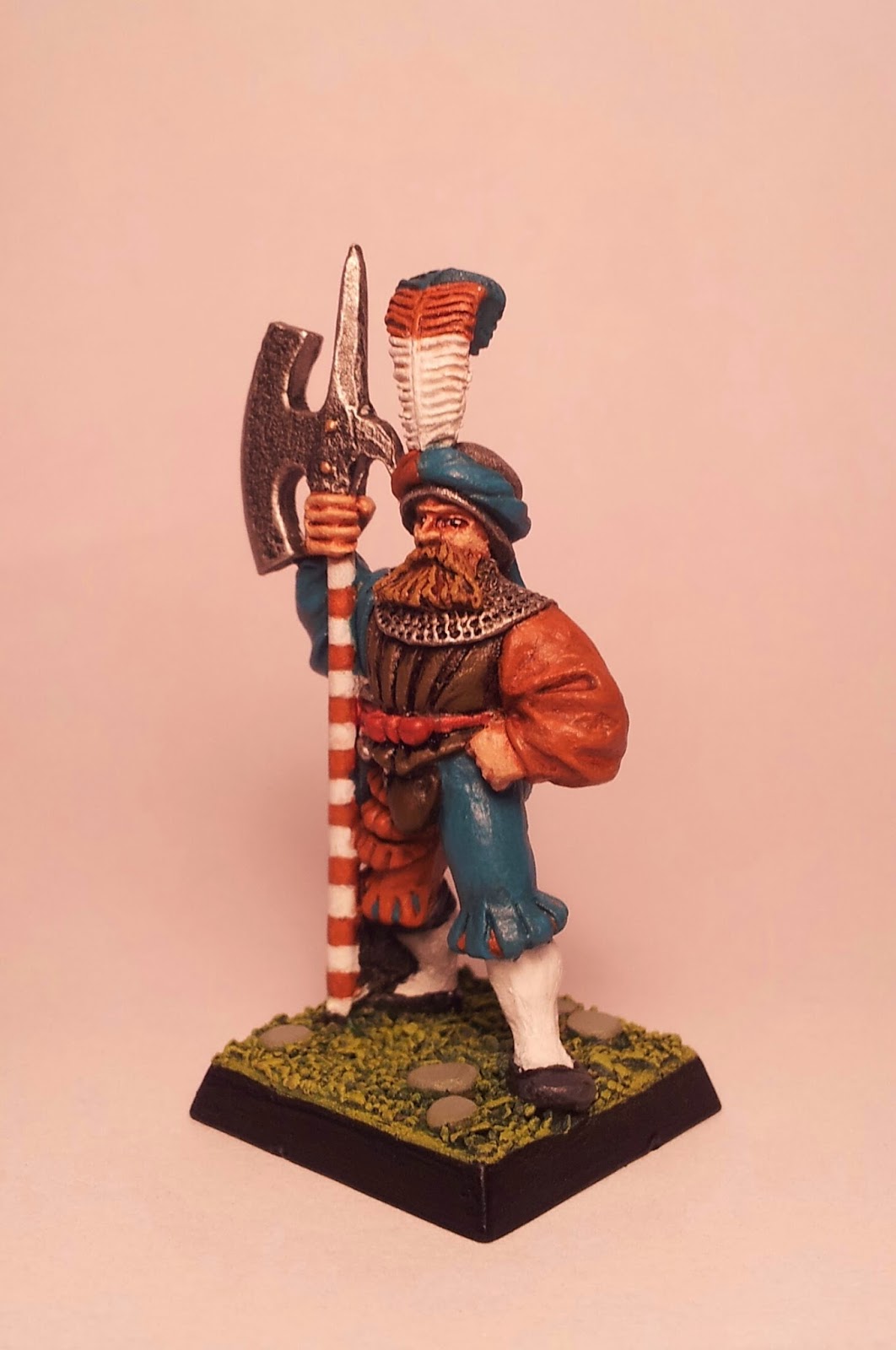 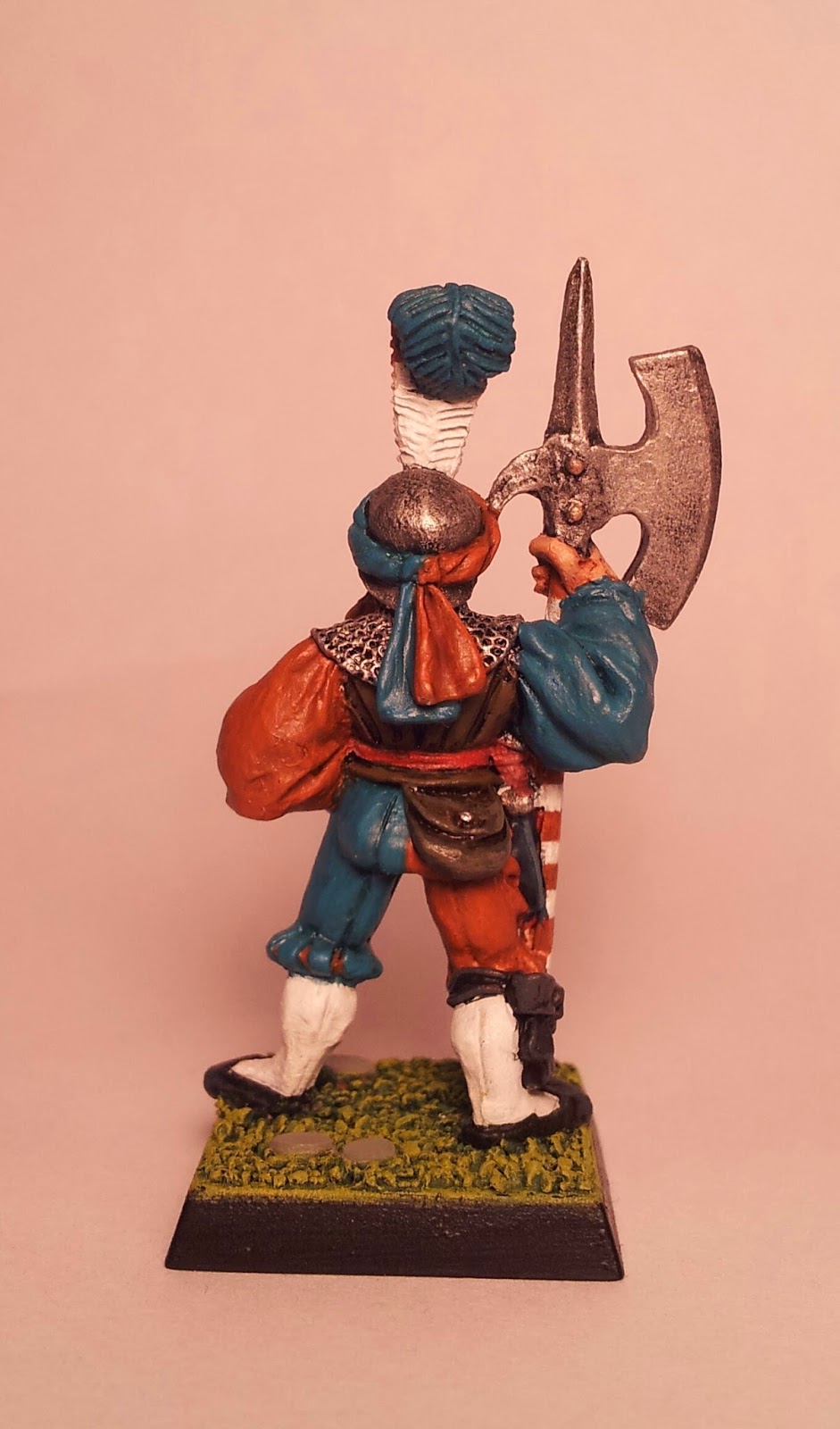