So here it is; I've pushed on to get the remaining members of the warband done - a hive worlder, an alien mercenary, a ventolin pirate and a conqueror class robot. 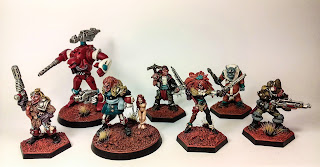 I wanted the group to be as diverse as possible but still all tying in together (if that makes sense). I had intended to write up some fluff for them all and I will at some point (probably) but that sort of crap takes me ages and I haven't got the time at present as I'm keen to take on the next project. 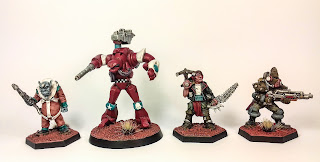 The Hive Worlder is one of my favourites from the 40k adventurers range with some really nice touches and detail. The alien is a conversion using a the head of a C48 gargoyle with the body of a 2000ad Klegg and the ventolin pirate is another nice sculpt but a tad rough in places. However, there is plenty of nice detail to him. Finally the conqueror robot who was the last I painted; I found him a bit of a chore actually and was a relief when he was eventually finished. I found the highlighting of the legs quite awkward where there are so many angles to them. 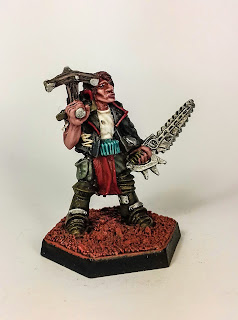 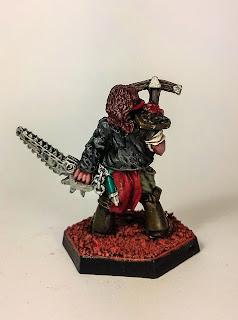 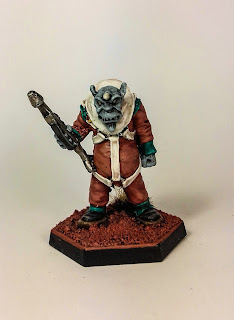 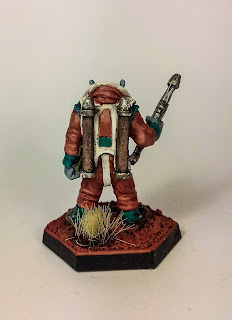 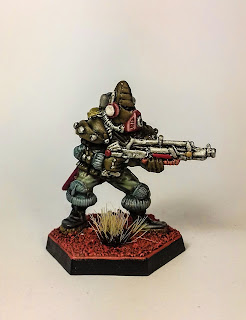 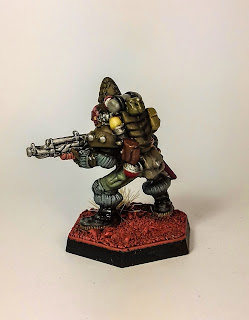 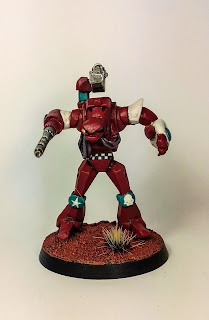 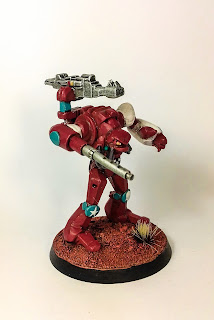 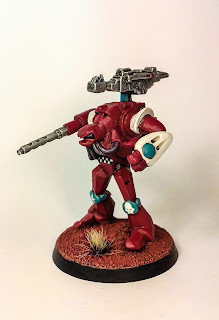 So having managed to chalk a rogue trader warband off my list, I'm now focusing on what will be my 100th blog post which has been an idea for about 10 years or more now. It may take me some time and to be honest there has been some teething problems in its planning stage.
Posted by Shaitan at 07:21 No comments: