It's been a a hectic couple of months with work. The busiest I've ever been, in fact. With barely a day off I've found time to paint a bit on the scarce side. Plenty of plans but just trying to find time to get on with it and then having the brain cells left of an evening to actually blog it. Anyway, I've finally managed to finish one post off while I have a minute.

On with my warband merry go round, with Chaos handing the baton back to Empire (Border Princes to be exact). This has been one I've had in planning for some time, an Empire warband with a unique colour scheme. 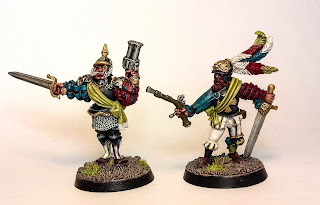 Up first is the leader and champion. I've gone for my commissioned Empire hero again for the champion (nice to slap some paint on another of those!) and for the leader I've opted for the wonderful steam tank commander. Until I purchased him recently, minus the tank, and had him in hand, I never realised how much of a superb characterful sculpt he is and of course makes a fine warband leader. 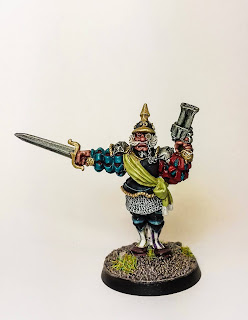 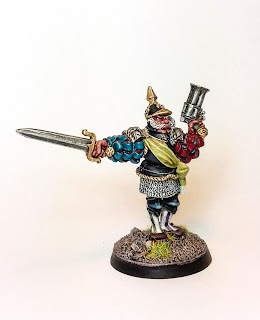 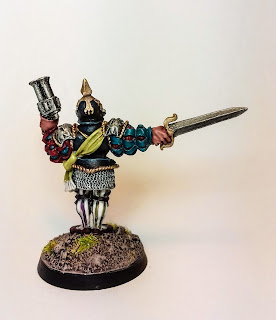 Hailing from the principality of Khypris, I've created my own colour scheme like I have done with my Border Princes army so far. I'll be aiming for an 8 man warband with a firearm theme throughout. 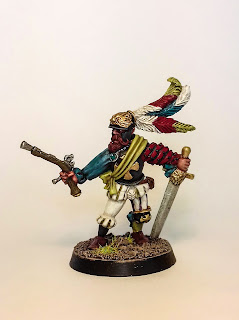 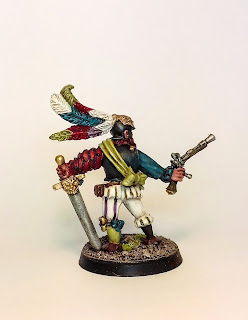 I'm unsure whether the next post will be a continuation of this lot or back to chaos warbands. Plus there is something on the horizon. Something large which I think I purchased while still under the influence of alcohol early one Saturday morning about a month ago, something I've wanted for a while now. This will take a bit of time, I will admit but it's underway at least.