After a several month break of any production on my Rogue Trader Marine Army, I have decided to get back on it. I was surprised how relatively quickly I churned out this Marine Attack Bike; about 4 evenings which is pretty good going for me.
Just as the previous bike I painted last year, the rider is one of the Rhino crewmen which most of them make more than adequate bikers. I've always been a big fan of the passenger;  the dude with the scanner whose versatility makes him ideal for poking out the top of a Rhino or Predator as well. 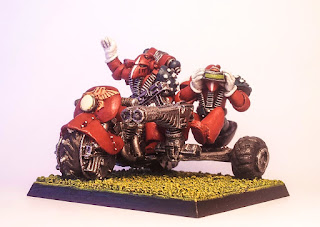 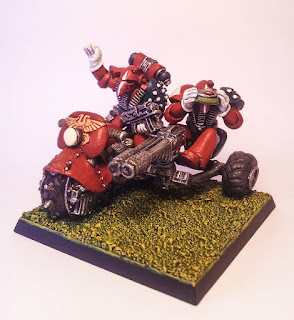 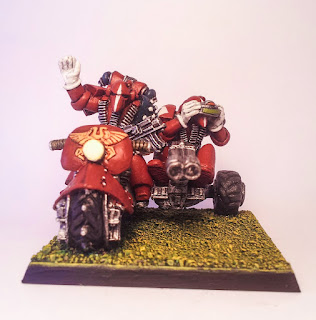 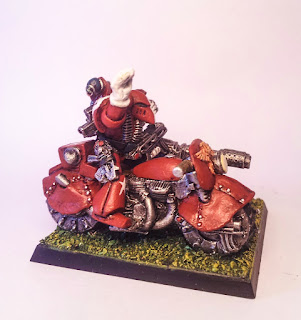 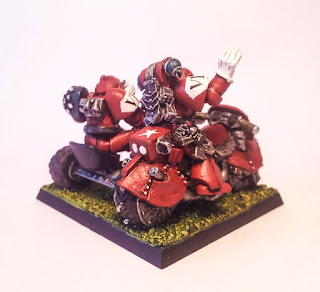 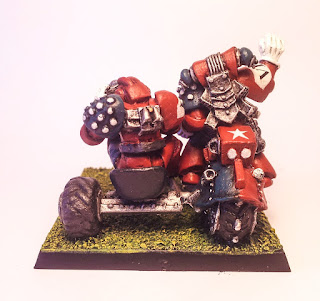 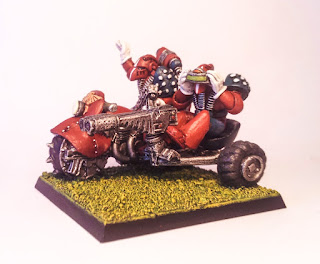 Assembling this beast was a bit tricky at times; particularly the connection between bike and sidecar frame. I had to force a pair of tweezers underneath for support overnight while the epoxy resin was setting (I opted not to pin this join). This morning I had to carefully detatch the tweezers that had ended up gluing themselves to the ensemble in the process.

More marines to follow soon; more than likely another bike of some sort or development on a second tactical squad.
Posted by Shaitan at 17:15 No comments:


After several weeks of a hectic work schedule and moving house (again), I have managed to get something finished to add on here. I've taken a break from Citadel for a short while so here is my first non GW post.
The Flintloque range from Alternative Armies may not be the finest sculpts around but to me they do possess a certain charm. Here are three Elf Hussars who have all been converted. The original faces were lacking in detail so all three have had head swaps from various Elf infantry figures. Also, I have had to tend to any areas of miscasting plus sculpting hair and the fur collars on their pelisses. 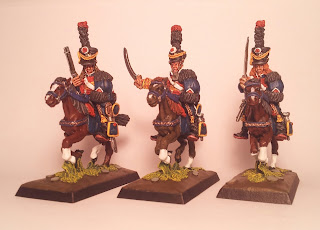 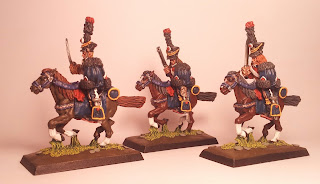 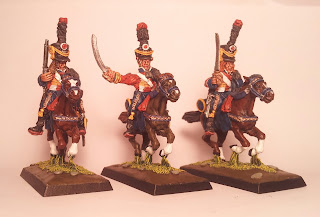 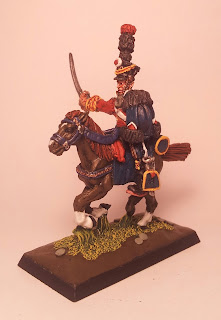 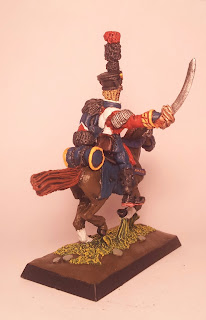 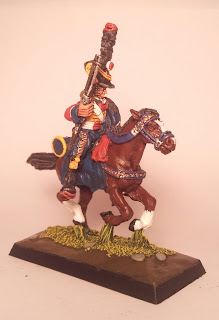 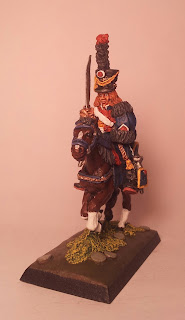 I don't usually add work In progress pictures but with the extent of conversion work with these three, I thought it was work sticking them on. 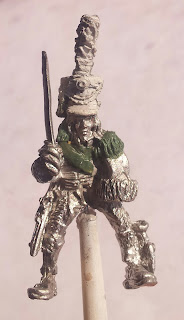 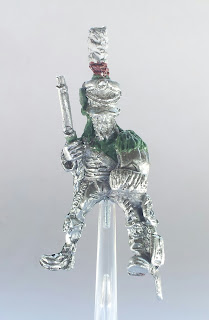 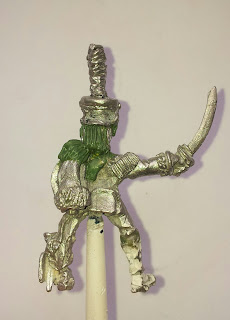 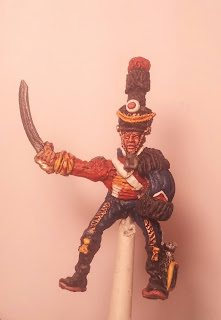 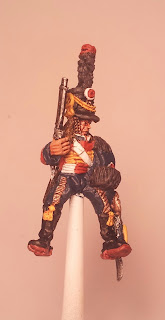 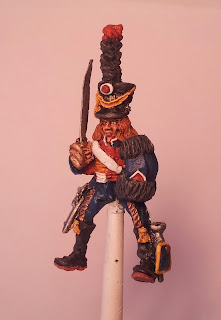 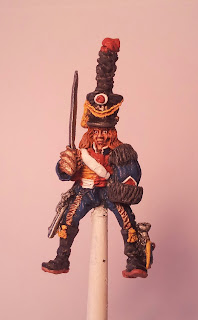