Skarloc, the first of many Elves - I hope!

I have always admired the wonderful Jes Goodwin Warhammer Elf range but until a week ago never really had the urge to collect them; I guess I have always been absorbed in too many other projects. I did own Skarloc's Elf Archers and the Chariot when I was a kid but they have been long gone from my possession.
After spying one of the Elf Captains (which I did end up winning) last weekend on ebay I began pouring over catalogue pages of all the other Elves from that range and it went from there really. It's going to be a long term project and something I can collect slowly over time. In recent years my wanted list has been pretty thin as I pushed to finish my collections a long time ago. I definitely miss the thrill of the chase when it comes to collecting miniatures so an Elf army will no doubt rekindle that feeling.
Anyway, for starters here is Skarloc of said Elf Archers; one of the few Elves I already had kicking around in my boxes. He's not the original one I owned from my childhood but one I bought off ebay a few years ago just because he was going cheap. 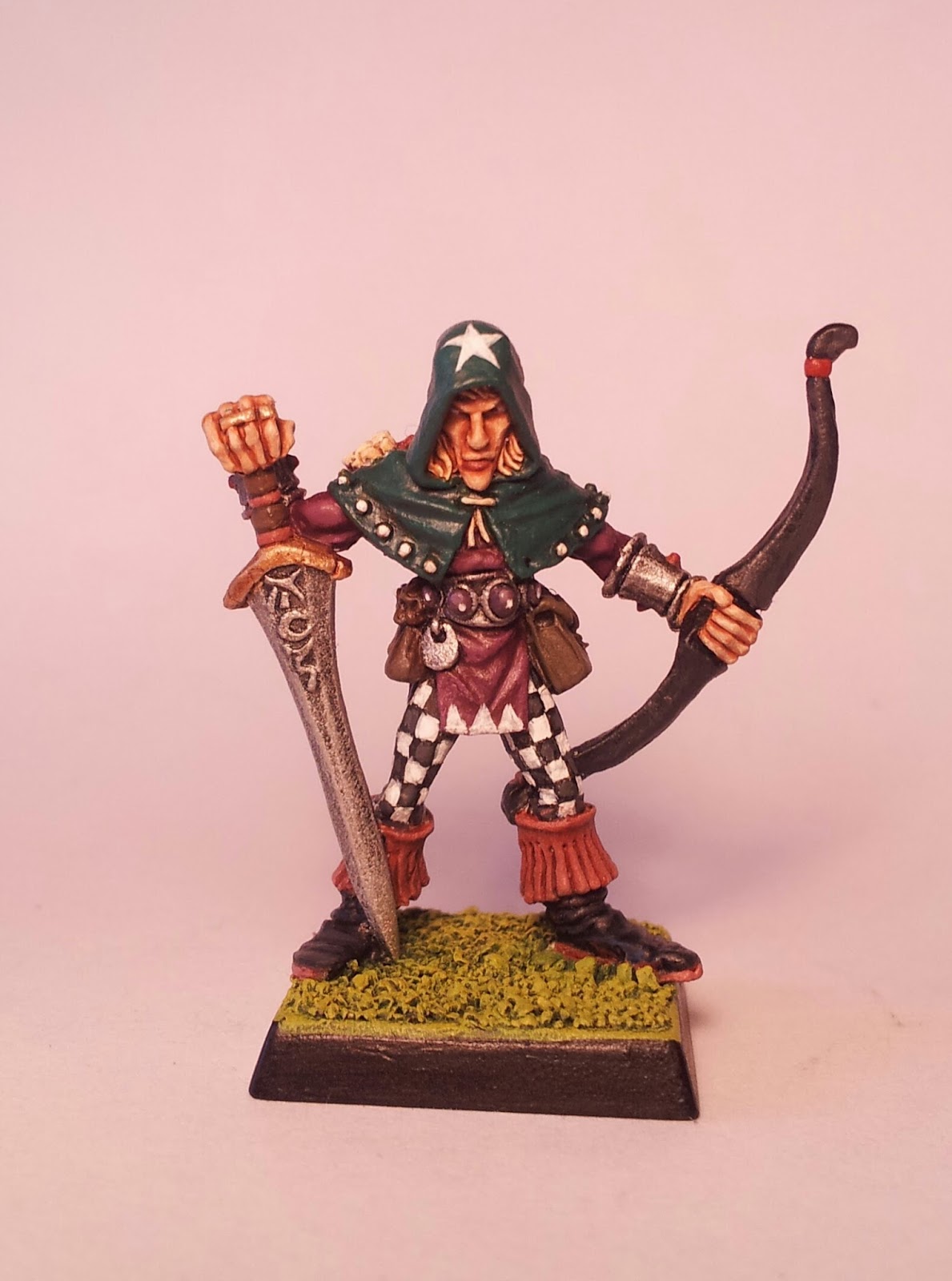 These are the first checked trousers I have painted for quite a few years. Have wimped out a few times recently due to a bit of self doubt but these seem to have come out okay. 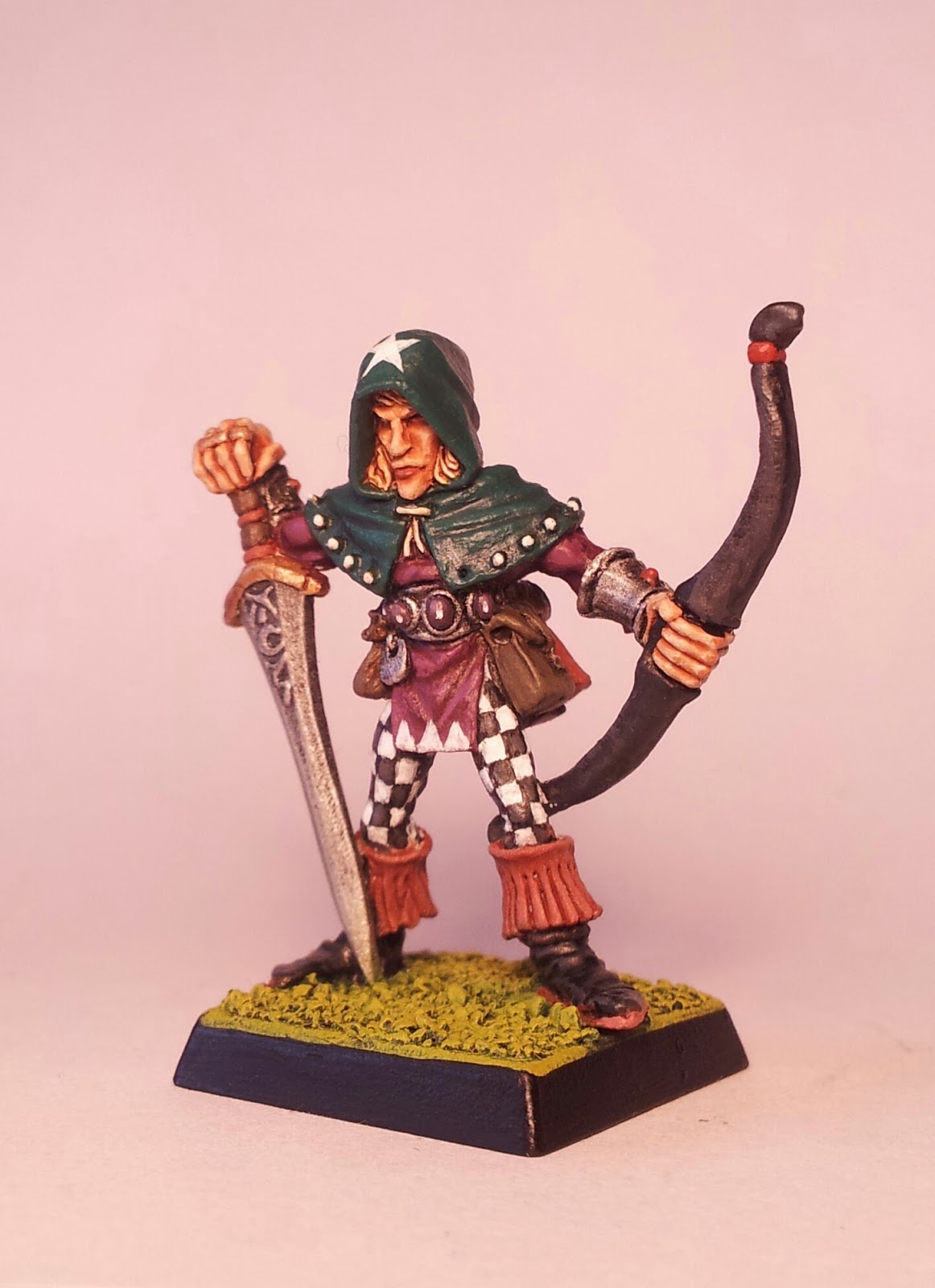 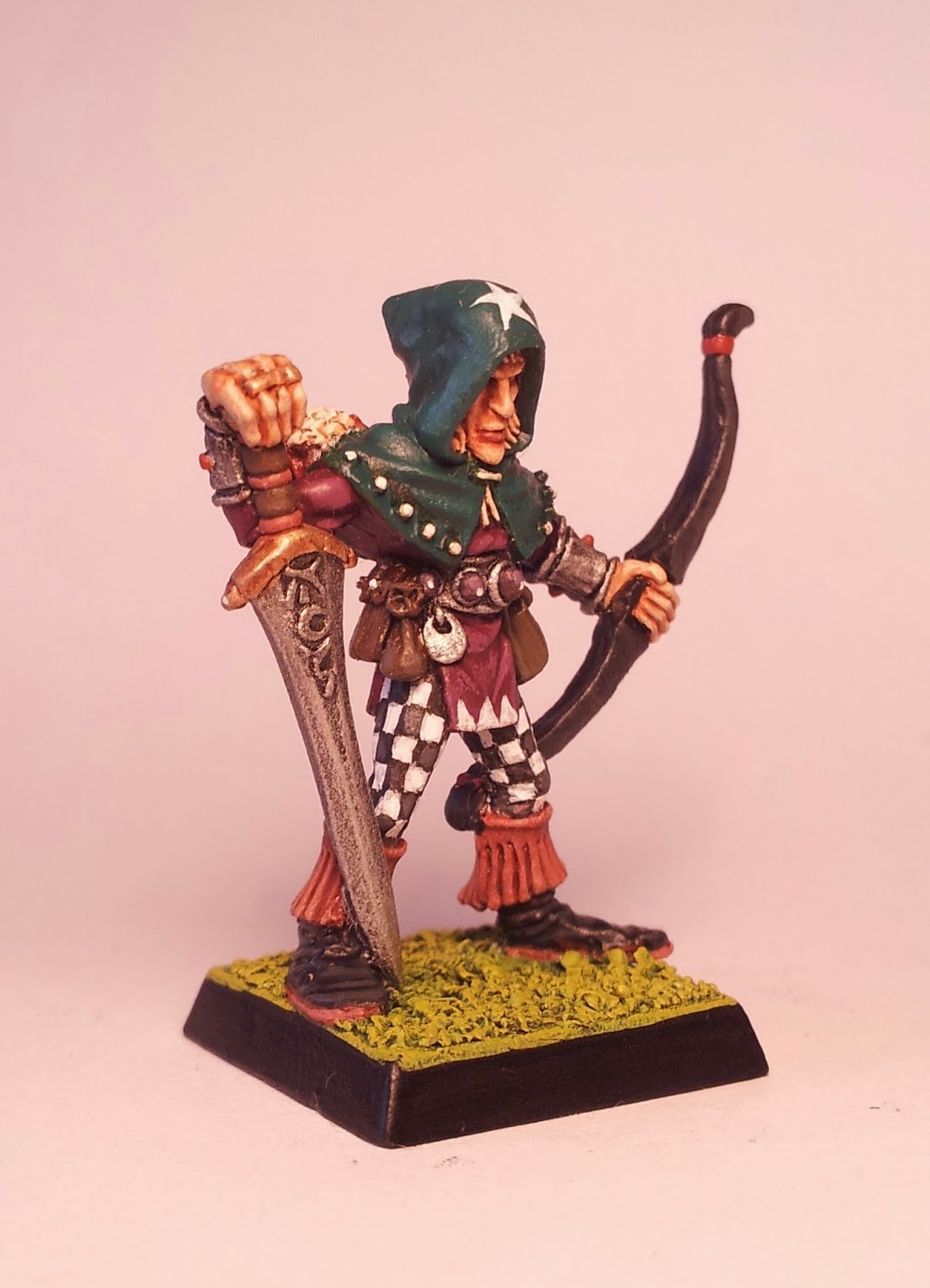 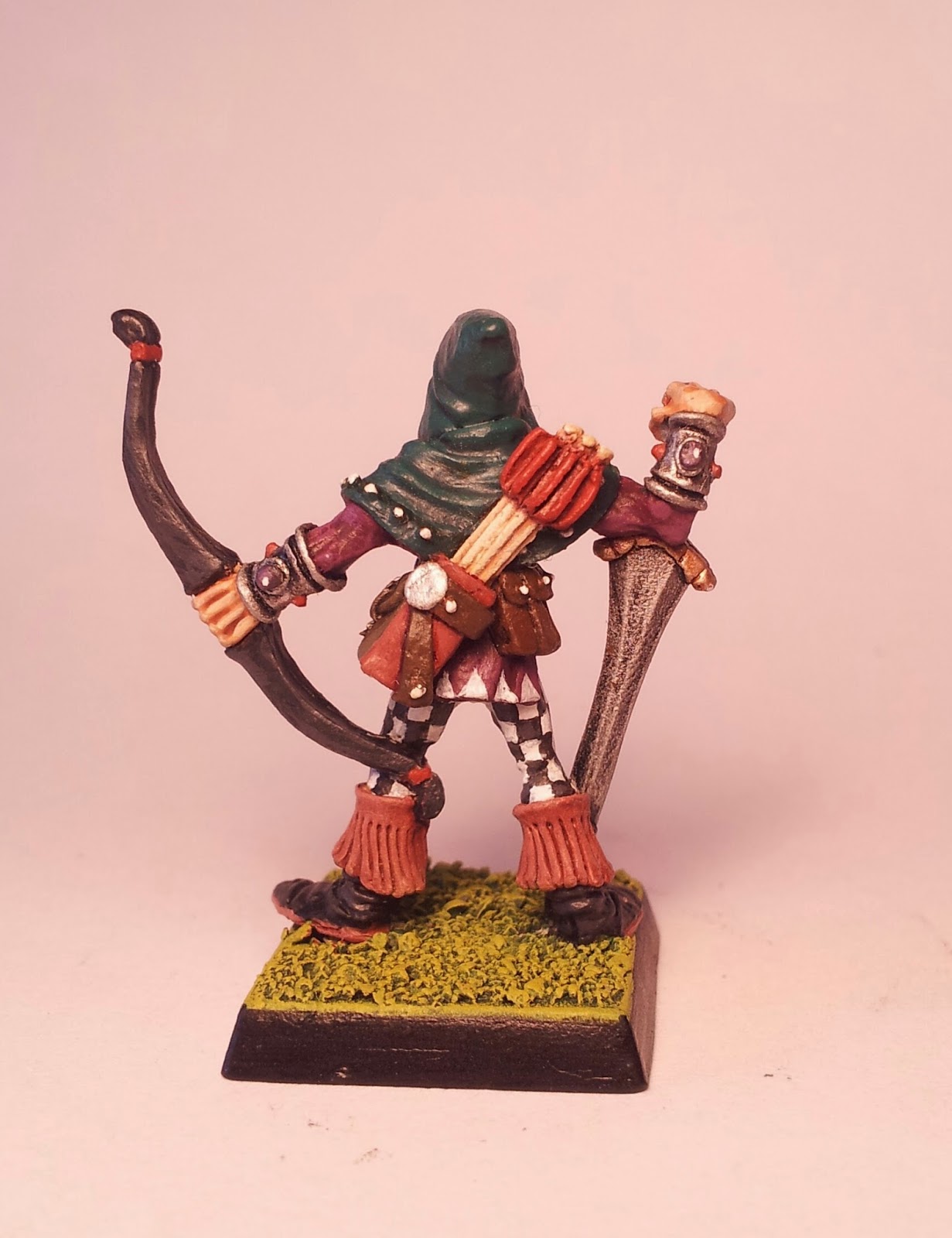 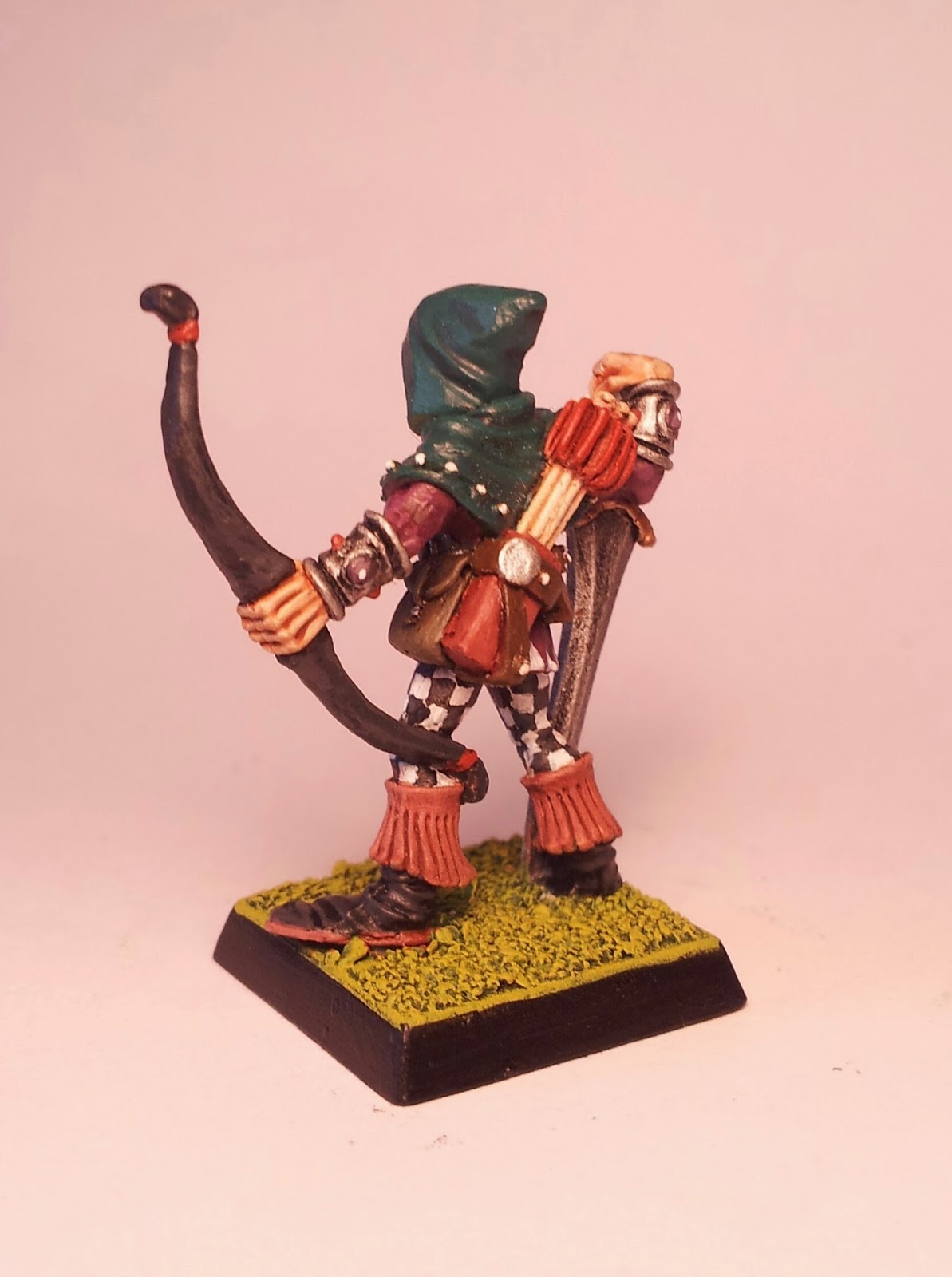 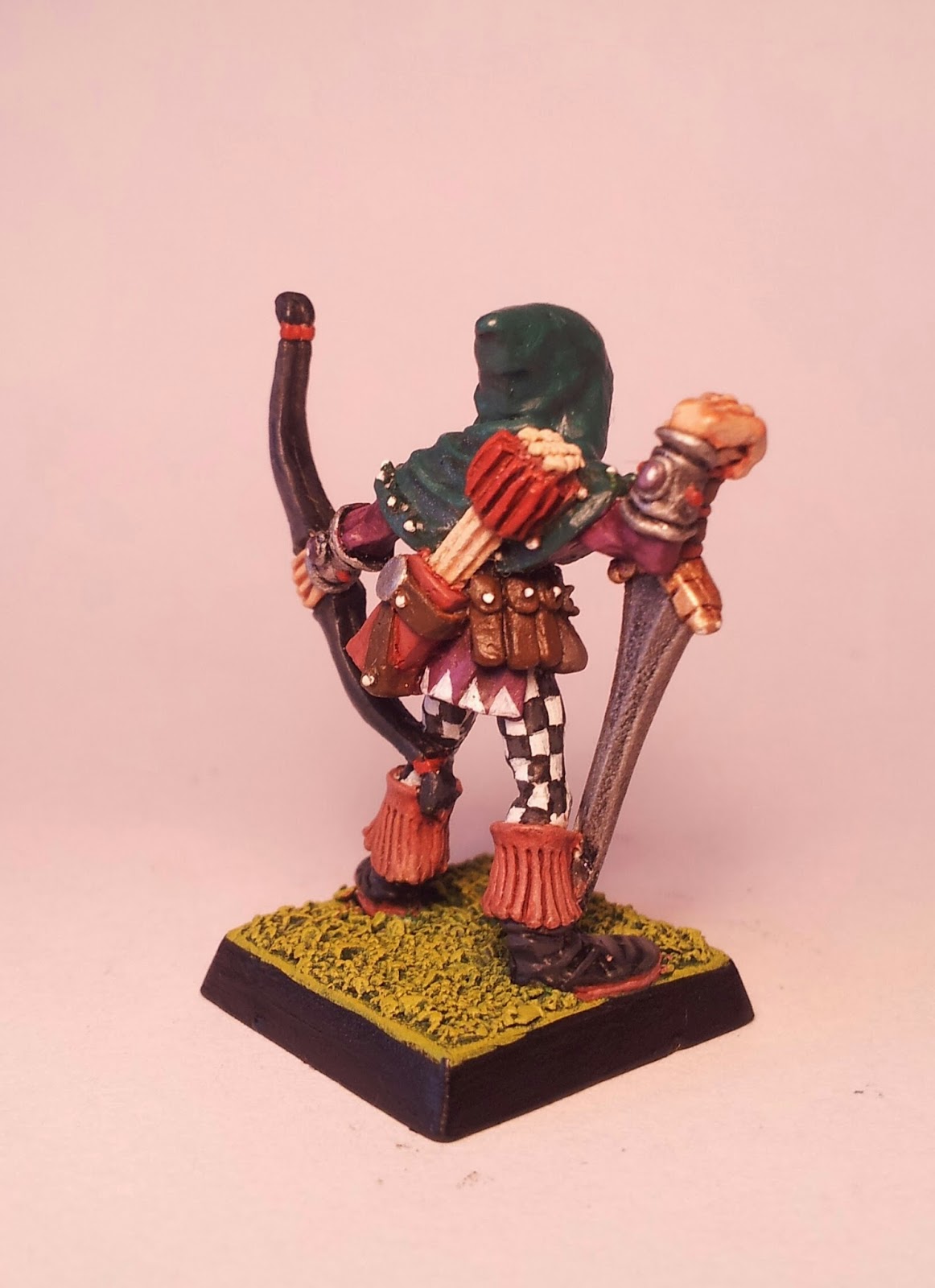 
While I'm in between Beastmen I have decided to focus my attention on a figure that had been sat around basecoated on my desk for months. It's always a shame to see a fig that's been started and not finished just sat around in half painted limbo as I've mentioned on previous posts somewhere. Anyway, new house/painting desk, new regime! I was very glad to have him completed after so long and I plan on getting the build up of others like him finished off in the forthcoming weeks/months. 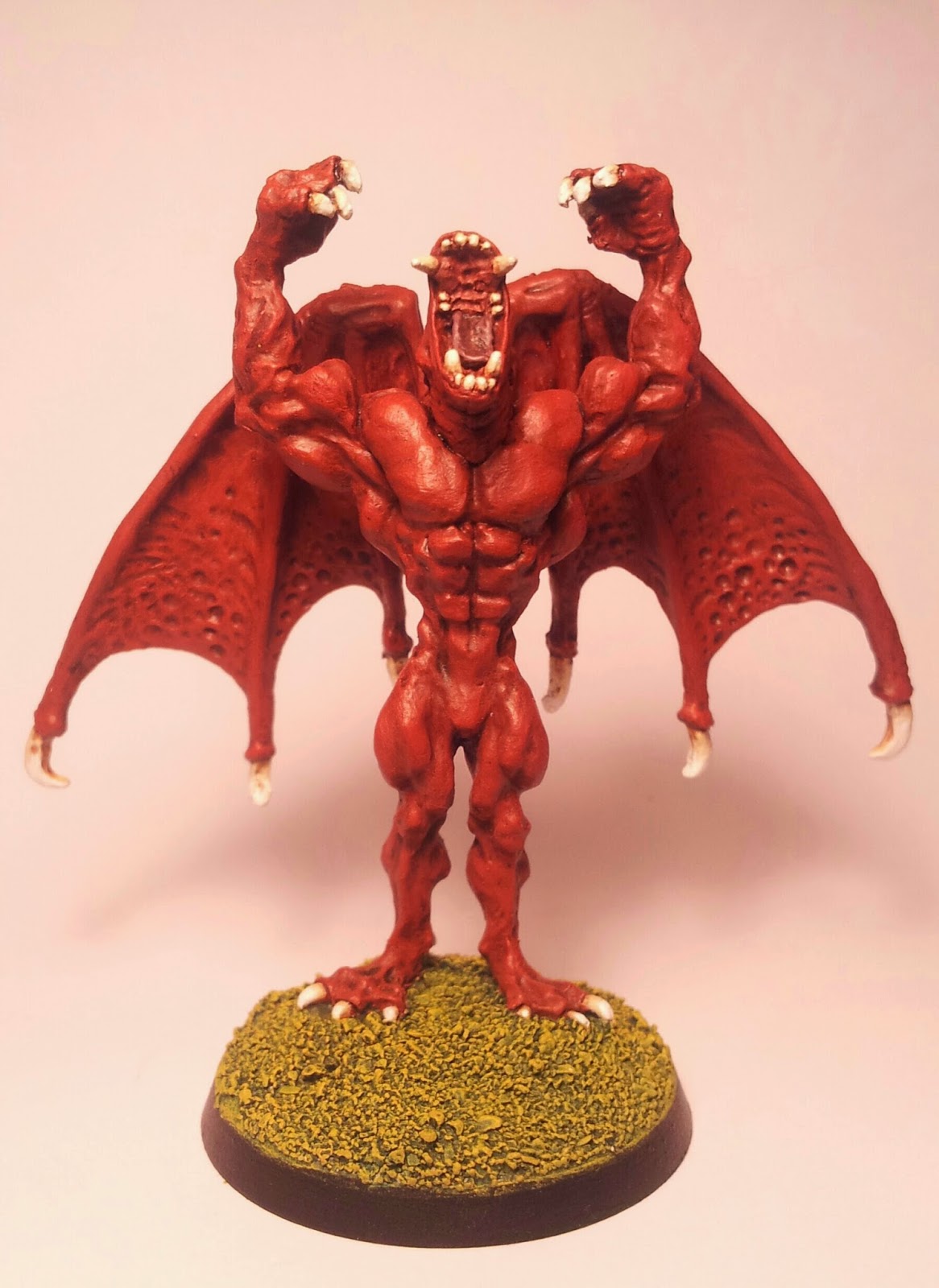 This fabulous sculpt, Amratha Mangorer from the Citadel C28 Giant Demons range was one of the stand out figures when I turned the pages of the 3rd Citadel Compendium for the very first time, way back.

A long overdue and most welcome addition to my forces of Chaos. 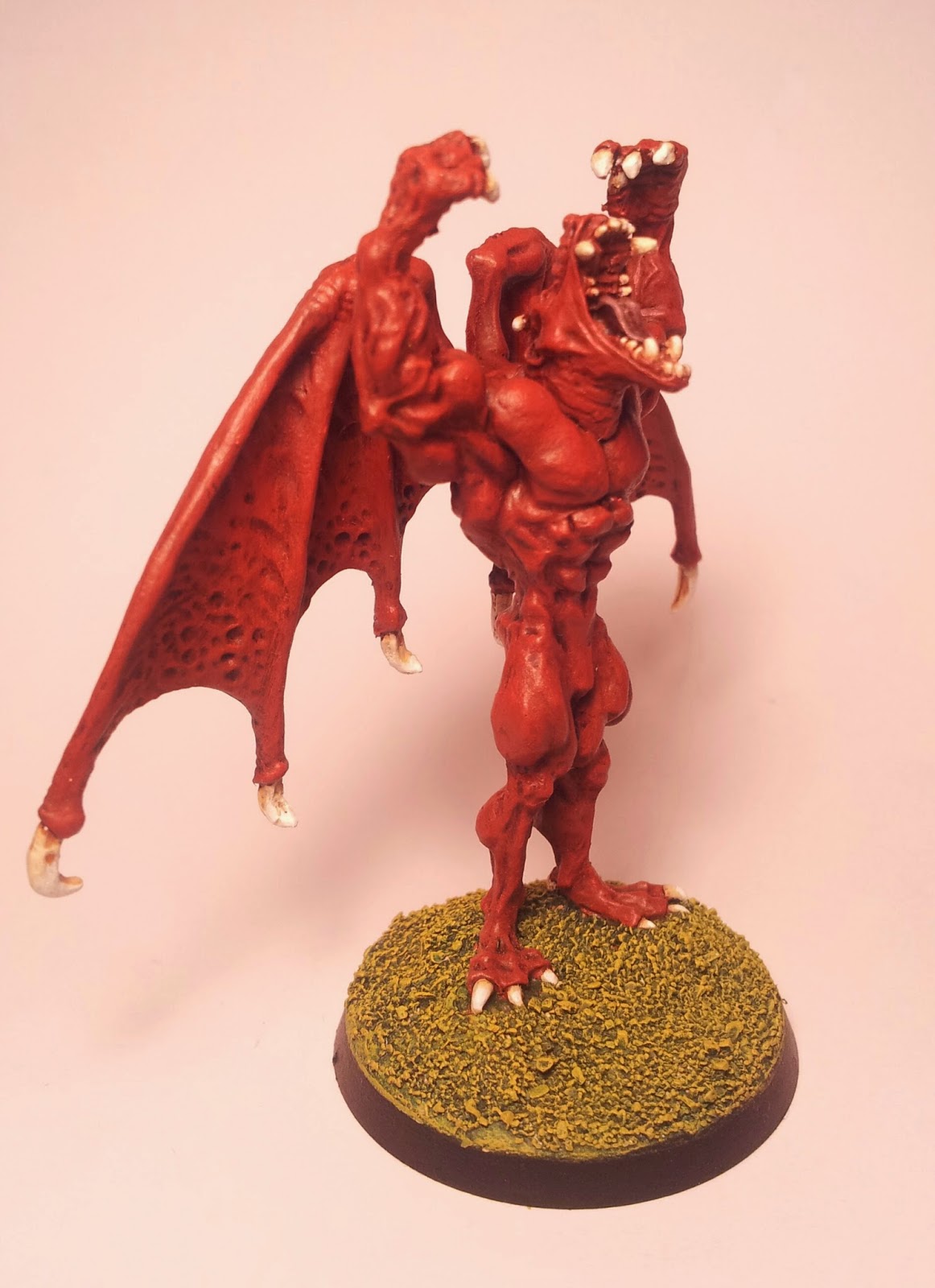 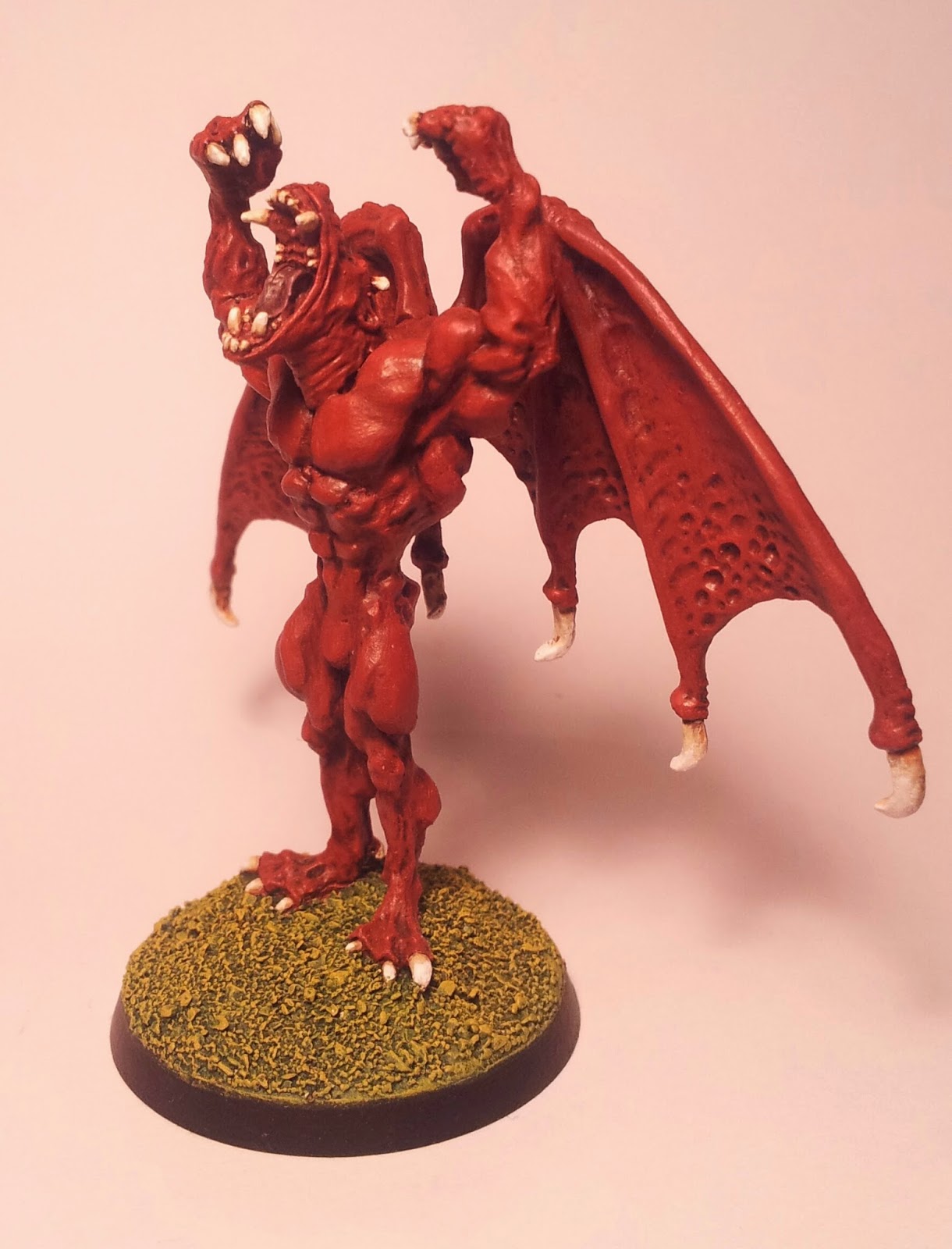 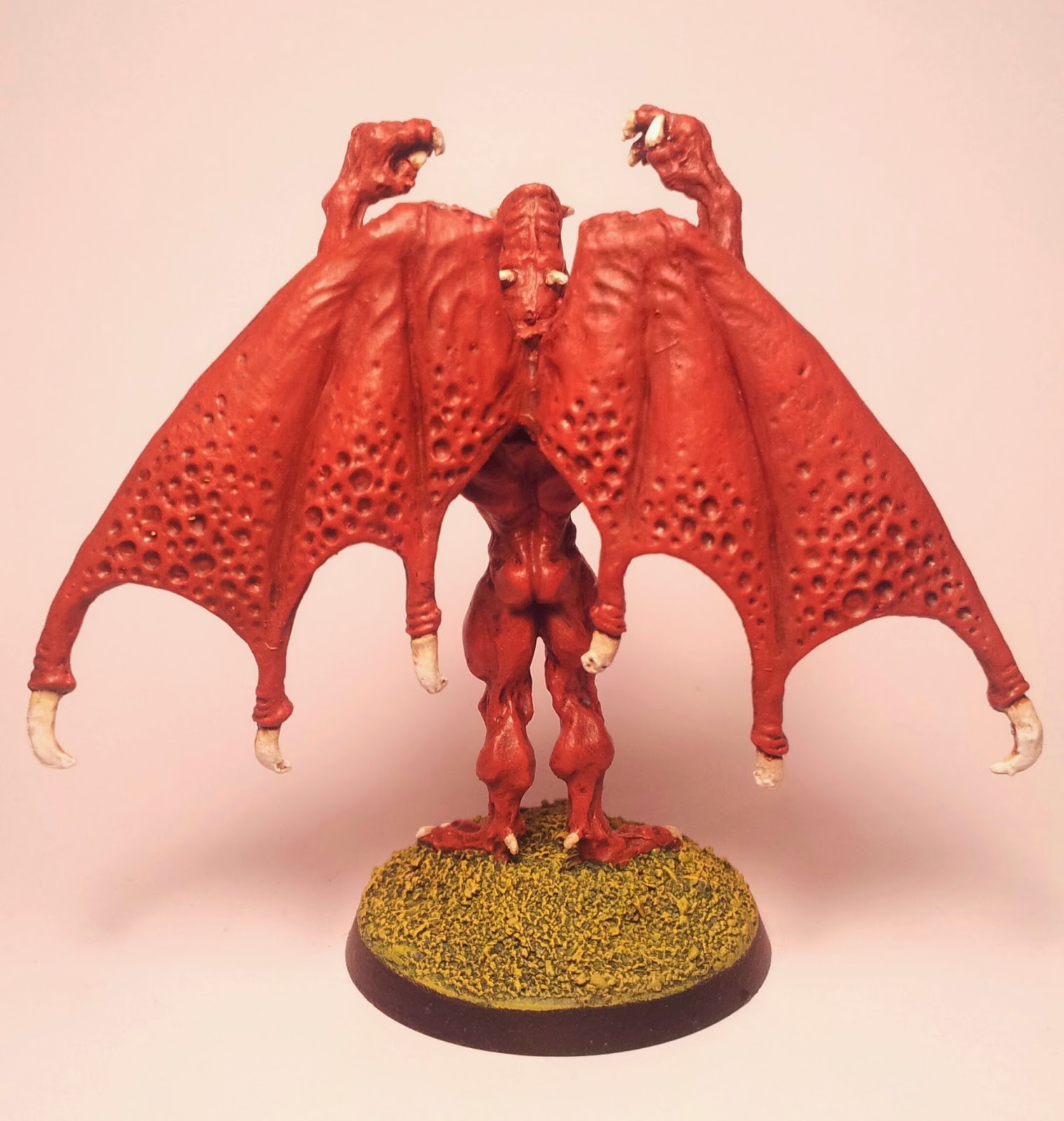