This years' Orctober hasn't really disrupted my plans; I've been painting a fair few of them anyhow. Coincidentally I had planned to tackle the Orc War Wyvern piece this month as it was. And here it is. 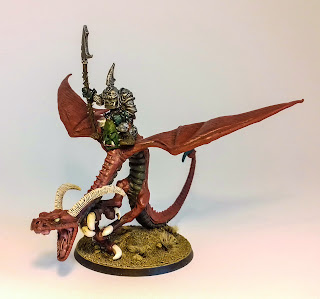 I'd like to say that it was a highly enjoyable endeavour high gave me hours of enjoyment seeing it progress into a finished article but frankly I'd be lying.
It was a massive ball ache from the off. Whatever could have gone wrong did go wrong. The biggest problem was the colour. Originally it was to be a kind of turquoise but at highlighting stage I realised it was beginning to look a tad shoddy and I had to make a big decision on colour change and there was the problem of whether it needed stripping again. Not only that, it would require being re-pinned and filled (there is a fair amount of all that kind of shit when prepping this model) plus redoing the base. So I took a punt on just painting over it. If it were just your regular 28mm figure it would have been straight in the Dettol without a second thought. 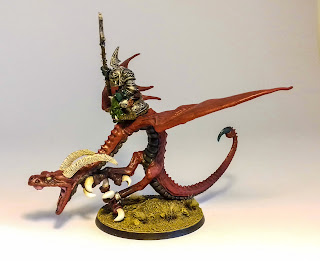 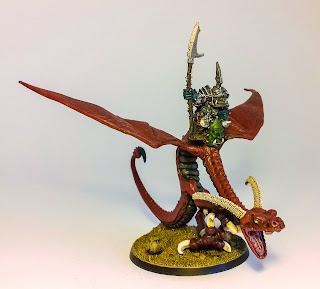 Anyway, it turned out okay in the end and at least I've got a centrepiece for my progressing Orc army now. Photographing it was a bitch as well so apologies if they're not great pics. Plus I can kind of tick the 'I've painted a dragon' box as well. 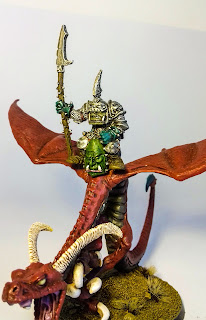 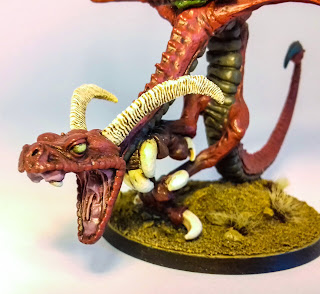 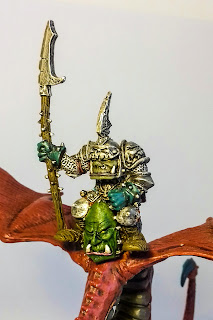 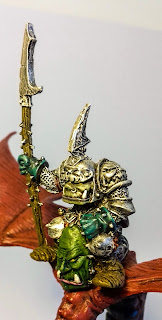 This seems to be a good point to bring the Orc project to a break for now (it's planned as a slow burner anyway) and I can now push on with the Helmawr gang.

Howdy. While I'm in the finishing touches of my Orctober submission, I thought I'd make a start on another project that I'm aiming to have completed before Christmas; the Confrontation gang challenge issued by Colin on the Palatine Hive page.

I've already made a start on both Bratt and Venator gangs but I thought I'd opt for something from scratch so I decided on a Helmawr gang. 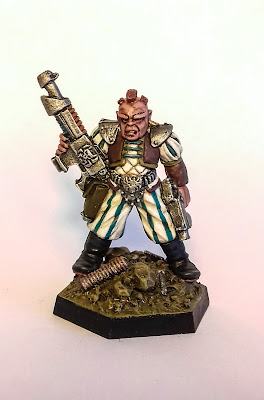 First up is the LE3 Clan Hive Ganger model which by the look of it was the least trickiest of the Helmawr lads to paint. 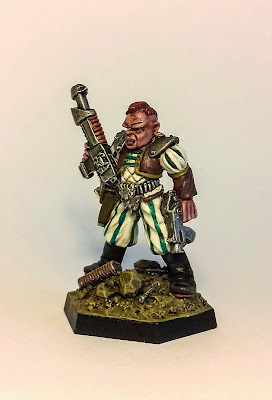 And it proved to be so. Once I'd established a colour scheme, he was pretty straight forward. They're all quite busy figures so it was crucial to get the scheme just right and not flood it with too many colours. Bratts you can get away with it but not so here. 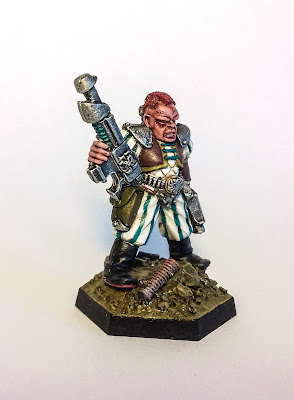 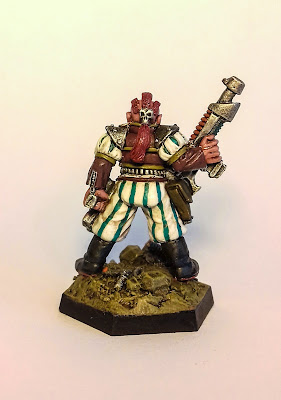 So now comes the real challenge with the other fellas but it was important to get off to a good start and give myself a platform and I'm looking forward to the next ganger with an Orcy post sandwiched in between.