Continuing with the Khorne warband, I've gone for my favourite (arguably) of the Jes Goodwin ogres. I'd painted one over 20 years ago SEEN HERE and this time decided to go for a different flavour of armour, although maybe I should have gone for red, in keeping with his master. 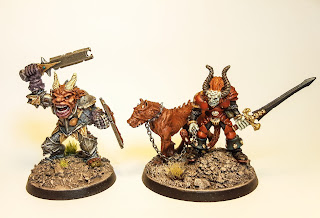 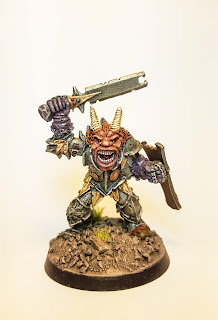 He'll be accompanied by six beastmen, two harpies plus something exciting from the Other table from the Slaves to Darkness followers lists which I'll reveal when it's painted. I've always included a roll on the Other table just to add a bit of potential jazz to my warband generating. 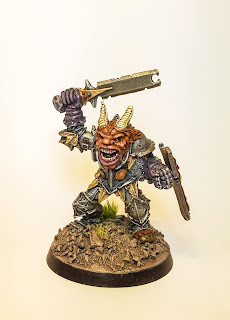 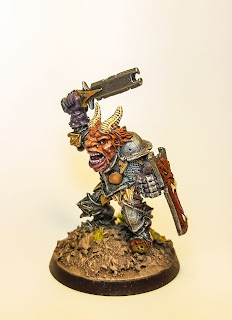 I'll probably hit the beastmen next, although they'll be scattered among a few other works in progress, there's quite a lot on the desk at the moment that I want to wrap up plus there's plenty going on in the old noggin that I need to get into production.
Posted by Shaitan at 10:25 14 comments:

Over the last few weeks I've been amassing a lot of ideas for chaos projects which is a subject I've been absent from for a fair old while now (apart from a chaos knight early last year) and a resurgence is long overdue.

So the two remaining samurai for the Nippon warband are going to have to wait for now. I've been planning on a converted Champion of Khorne for some weeks and had spent a lot of time scouring my collection and catalogue pages for a suitable head. After a lot of unsuccessful candidates I finally went closer to home and from one of his own. 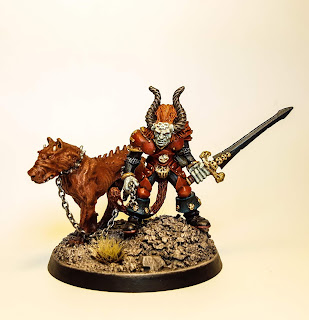 The champion is made up of two figures; the head and sword come from Armed with sword and attributed with horns, whereas the body belongs to the equally elongated titled Sword and bestial face, tail and mane of hair. See below: 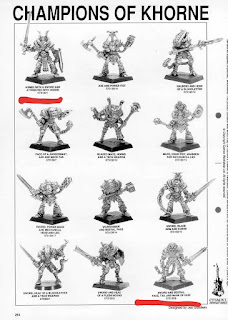 Image from Stuff of Legends 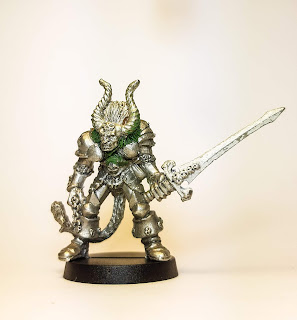 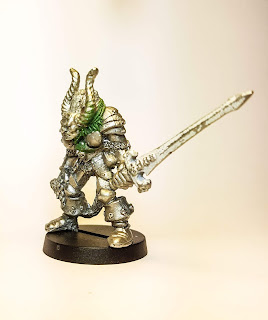 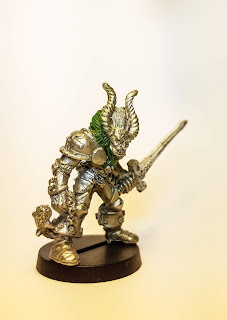 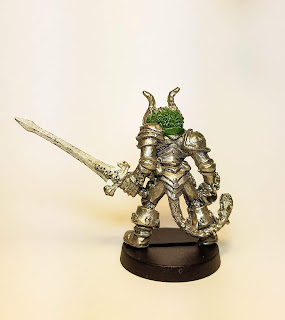 The removal of the head of 'Horns' is a real bastard of an operation and took well over an hour to cut and file down enough for it to sit on the shoulders of the other fig. Thinking about it, cutting off the other head ain't no picnic either. There was then a bit of sculpting to bulk out the great mane of hair. 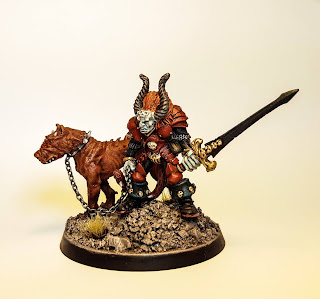 The hound itself is something rather special. It's from the unreleased Chaos range, dated on the base 1987. I've had it a fair while now and have been meaning to associate it with the right figure at some point but until now hadn't found the right combination. 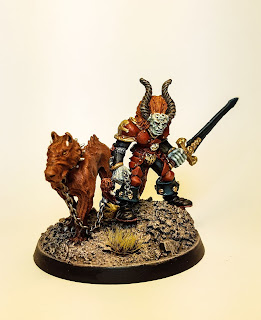 The champion himself is based on the leader of a Khorne warband I rolled up sometime last year but never came to anything as my time was taken up with other painting commitments. 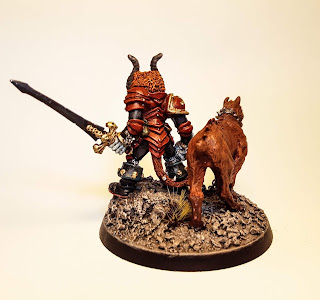 Something I am particularly happy about is the fact I've managed to a) paint a Jes Goodwin champion and be pleased with the result, which has been a bit of a monkey on my back over the last few years and b) salvage a couple of figures from previous failed attempts. I've cut up a lot of Goodwin champs in my time and many of them have ended up in the bits box.

I'm already working on the first member of the retinue so expect to see something on that very soon.
Posted by Shaitan at 16:33 31 comments:

Email ThisBlogThis!Share to TwitterShare to FacebookShare to Pinterest
Labels: Realm of Chaos, Warbands

As this Nippon warband has grown, it's been essential that I include the classic Jes Goodwin  oriental ogre as one of the stand out figures. 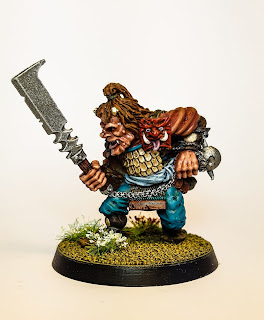 He's actually a recent purchase (big thanks to Steve Casey there!) and I can't believe it's taken 30 odd years to finally get around to adding him to the collection. 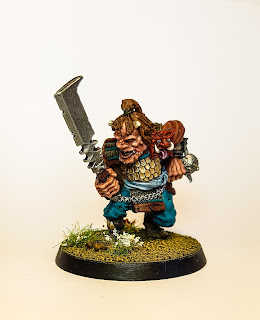 It goes without saying that's he's an incredible sculpt; plenty of lovely detail there. I particularly like the skull pommelled sword. 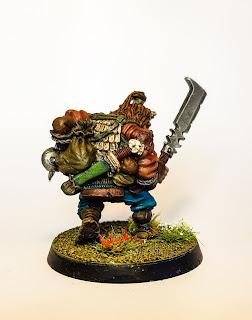 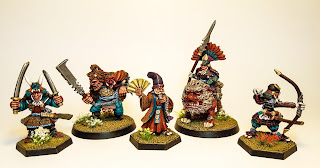 So I've just got three figures to go to complete the warband. Well two actually as I've got one of them squared off already.
Posted by Shaitan at 19:05 16 comments: