Here is the last in a trio of bikes which rounds off my Rogue Trader Marine army for a while. This guy is the sergeant who I have used one of the limited edition Christmas Marines/Spaced Out Marines, giving him a pair of riders legs. 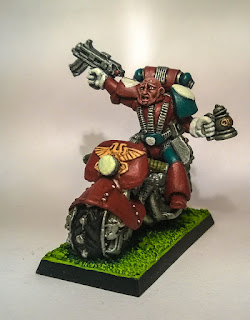 Using non original bike rider figures like Rhino tank crewmen and the Christmas marine gave me a bit more scope and envisaged that mounting up or parked up feel. Incidentally, the other Christmas Marine has been converted but he'll be mounted on something different.

But for now, the Star Reavers marine chapter comes to a close. All that remains is a terminator librarian, a medic, a techmarine and one more unit which will remain anonymous until I can amass them. A refreshing new project will begin this week so I should have one or two figures from that to post up very soon.


This project is coming to a close and here is the final 10 man unit completed. The heavy boys were done some time ago but just had to get round to painting the bolter men. Nothing really new to say here what with all the recent posts. It does feel weird having them all done though. Bike squad will be the next post before I take another break from this lot for a while. 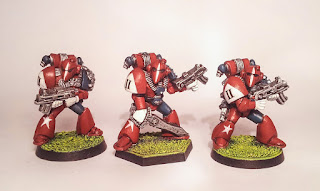 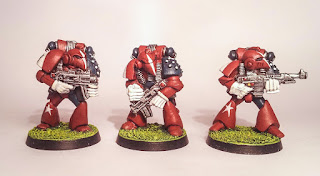 Another medic has been used here (centre) as a standard marine


For years I have admired the splendor of seeing assault troops in units of ten all decked out in original rogue trader jump packs. Now I've finally doubled the tally of my own unit of five to complete the unit. 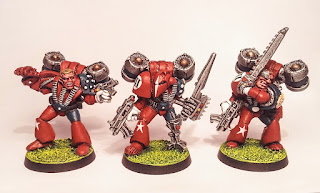 The guy on the left is another Rhino crewman used for other purposes. The battle hardened chap in the middle for is a brilliant fig and has to be the jewel in the assault marine crown. 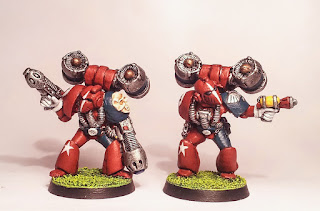 While I was at it, I decided to add some much needed detail to what I was beginning to realise was a rather dull looking dreadnought devoid of the markings that have graced others depicted from the classic rogue trader era. 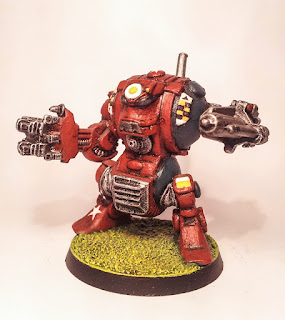 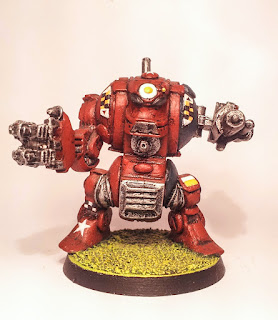 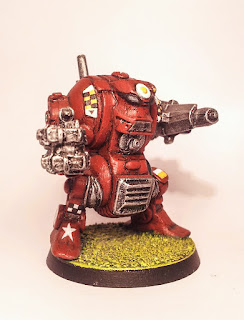 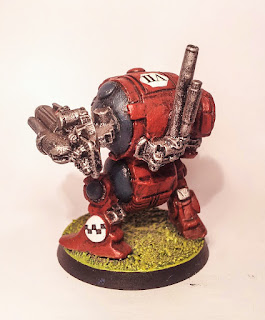