Up next (and I couldn't wait to get this fella done) is who I plan to represent as my army commander.

I like the way he's not too massive and OTT but looks mean enough to stand out as an obvious leader. 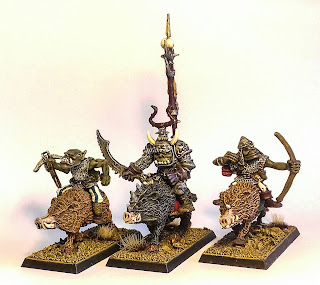 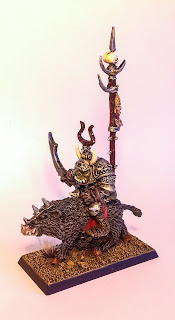 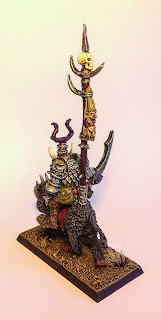 The banner pole had a serious crack which resulted in me breaking and pinning it and then sculpting a metal band to hide the join.


I decided to give the boar black fur for bad ass purposes. Now as for the banner pole which is actually a shaman's variant, I'm not even sure how you're supposed to fix this on, other than drill a hole in the boar's arse, cut the funny bit at the base of the pole off and pin what's left to the boar. So apologies if it looks a bit shite fixed where it is; couldn't think of a better solution. 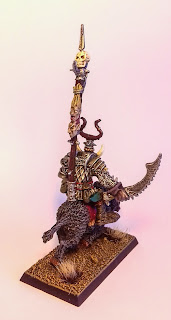 So I'm waiting for a few more boar riders to come my way now so meantime I'll be tackling the army showpiece. Hopefully I'll have that blogged in time for Orctober.

Email ThisBlogThis!Share to TwitterShare to FacebookShare to Pinterest
Labels: Orcs


Well the Orc project rolls on this week with a pair of boar riders as I aim to build a unit of 10. I think it's going to take a while to assemble a unit with all the ones that I specifically desire though. 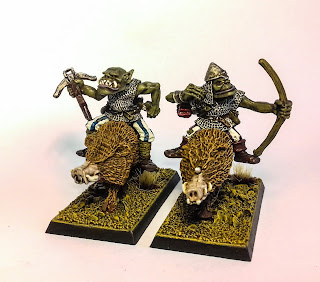 This pair were great fun to do and since I've started this Orc project, I've realised what a superb range these boar riders are. 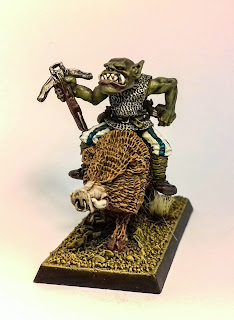 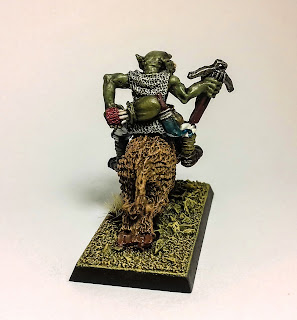 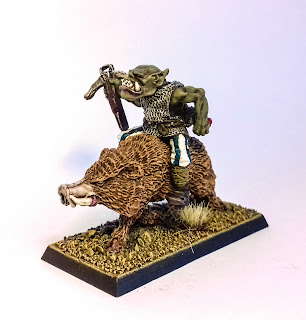 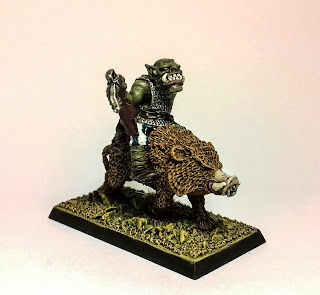 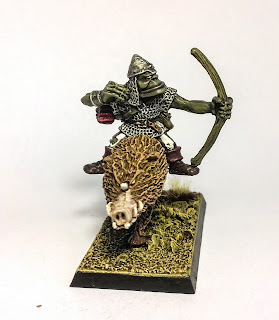 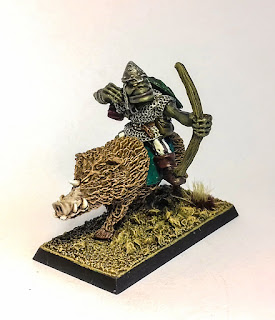 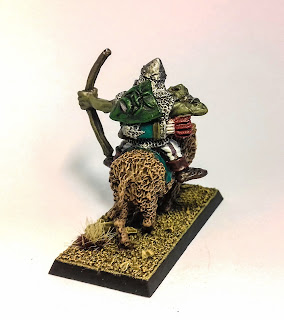 For the moment, this unit is at a bit of a halt, until I can procure some more; rather a shame as I've really got the momentum flying for these lads. Never mind, next up (and continuing with the Orcs) is something on the large side.
Posted by Shaitan at 08:44 No comments:

Email ThisBlogThis!Share to TwitterShare to FacebookShare to Pinterest
Labels: Orcs


I didn't see this coming. Beginning life after dioramas, I decided it was maybe a good idea to attempt a long term project consisting of something I've not really been involved with before; something I can dip in and out of when I feel the need, something I can slowly collect and build on over time.
Then I thought, why not Orcs? The thing is, I've never been happy with my take on Orc flesh so I'd have to overcome that issue if I was to have this as a realistic project. On the plush side, Kev did a fantastic and extensive range so there'd be plenty of goodies to hunt down. One in particular is the feature model of this post. 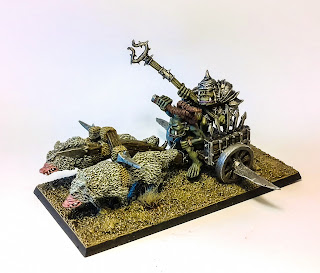 I remember there was a flyer back in the day where you could customise your existing goblin chariots from the Machineries of Destruction range. Here it is below. 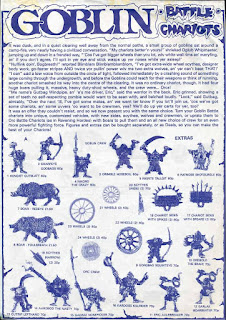 Courtesy of The Stuff of Legends


As you can see, it includes the option of Orc chariots, pulled by boars. I particularly love the Orc characters on the sheet, especially Aardbod the Nasty. Lo and behold after a quick search on eBay there was such a chariot (with wolves instead of boars - I believe the wolf option became available in one of the mail order catalogues around 89/90) a reasonable BIN price. 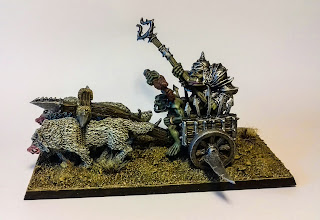 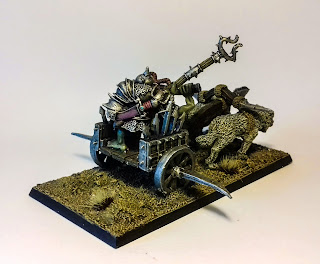 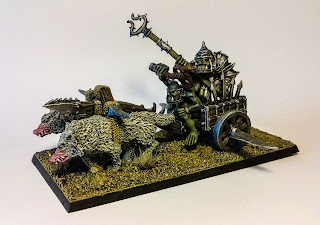 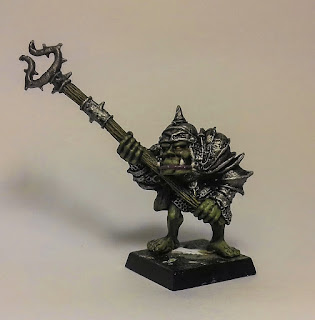 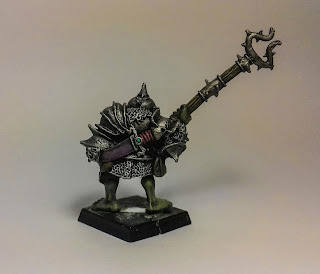 So the Orc project is up and running. A definite slow burner and what's more, I'm happy with the skin that Aardbod and his driver ended up with. So I should be adding to this over the coming weeks as I slowly build up this army. Don't expect a full fighting force for some considerable time yet though.