I have continued to make an effort to gradually reduce the pile of half finished figures on my work desk. This latest offering has been kicking about either on the desk in a box of other started projects for about 8 years and I've finally chalked it off the list. 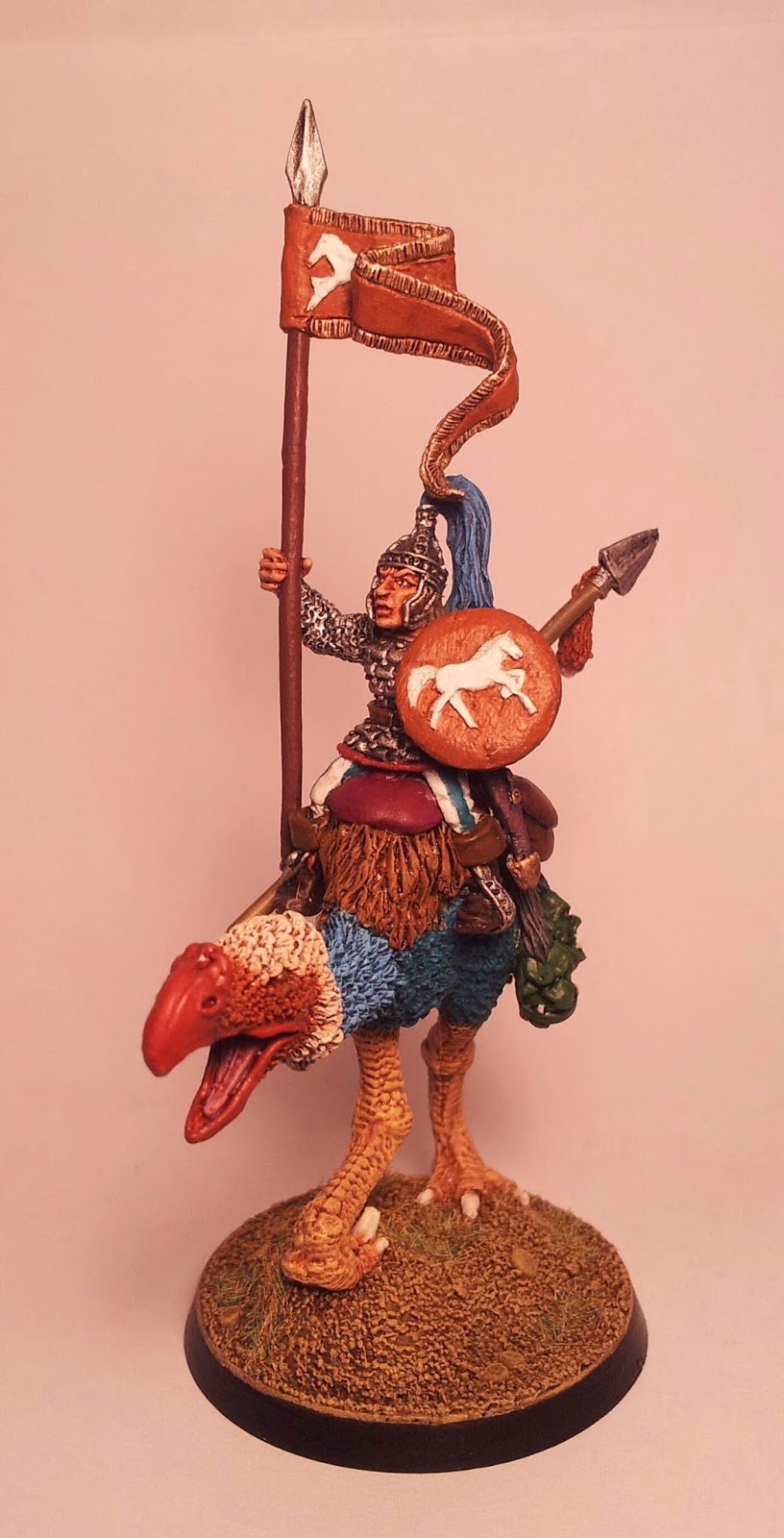 For many years I have wanted to paint a character riding a culchan after seeing two such examples in the 1988 Golden Demon Fantasy Miniatures book back when I was a kid. They are both radically different styles; a rather typically vivid and chaotic ensemble by Graham Pritchard and a more conventional example from Brian Moore. Both I admire a great deal and have inspired me to produce this piece of mine. 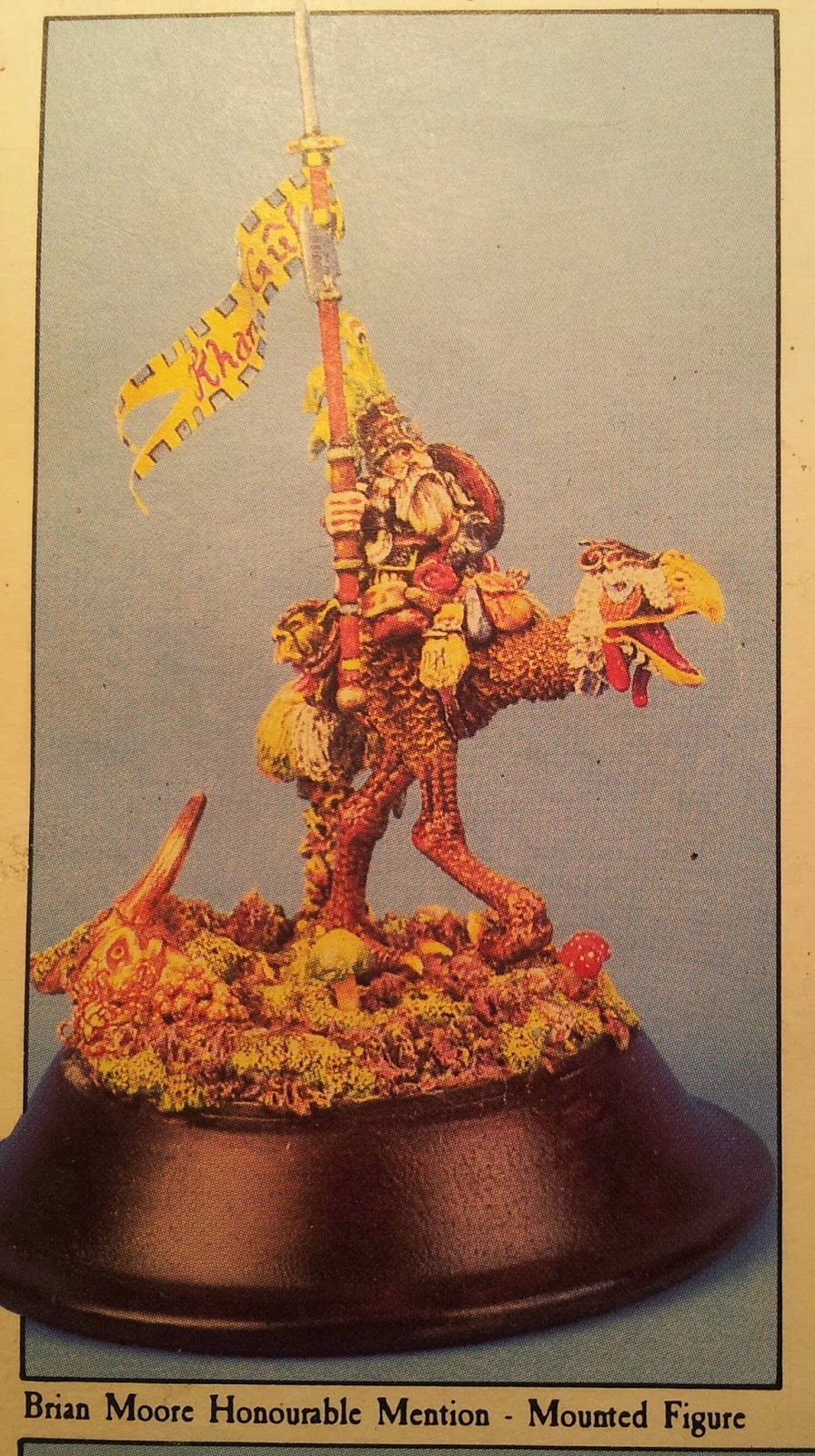 The character is originally a Lord of the Rings Rohirrim figure which I hope I have managed to detract it from its former identity just by giving him a brighter colour scheme rather than any conversion work. The culchan, a fantastic fig designed by Nick Bibby is, I believe somewhat quite sought after these days. In addition, I have built a fur throw, saddle cloth and saddle bag out of green stuff and added a pair of Orc head trophies (orginally extras from the Elf Mounted Characters range) and an extra spear and bag; I don't even know if they are Citadel or not. I can't even remember where I acquired it. 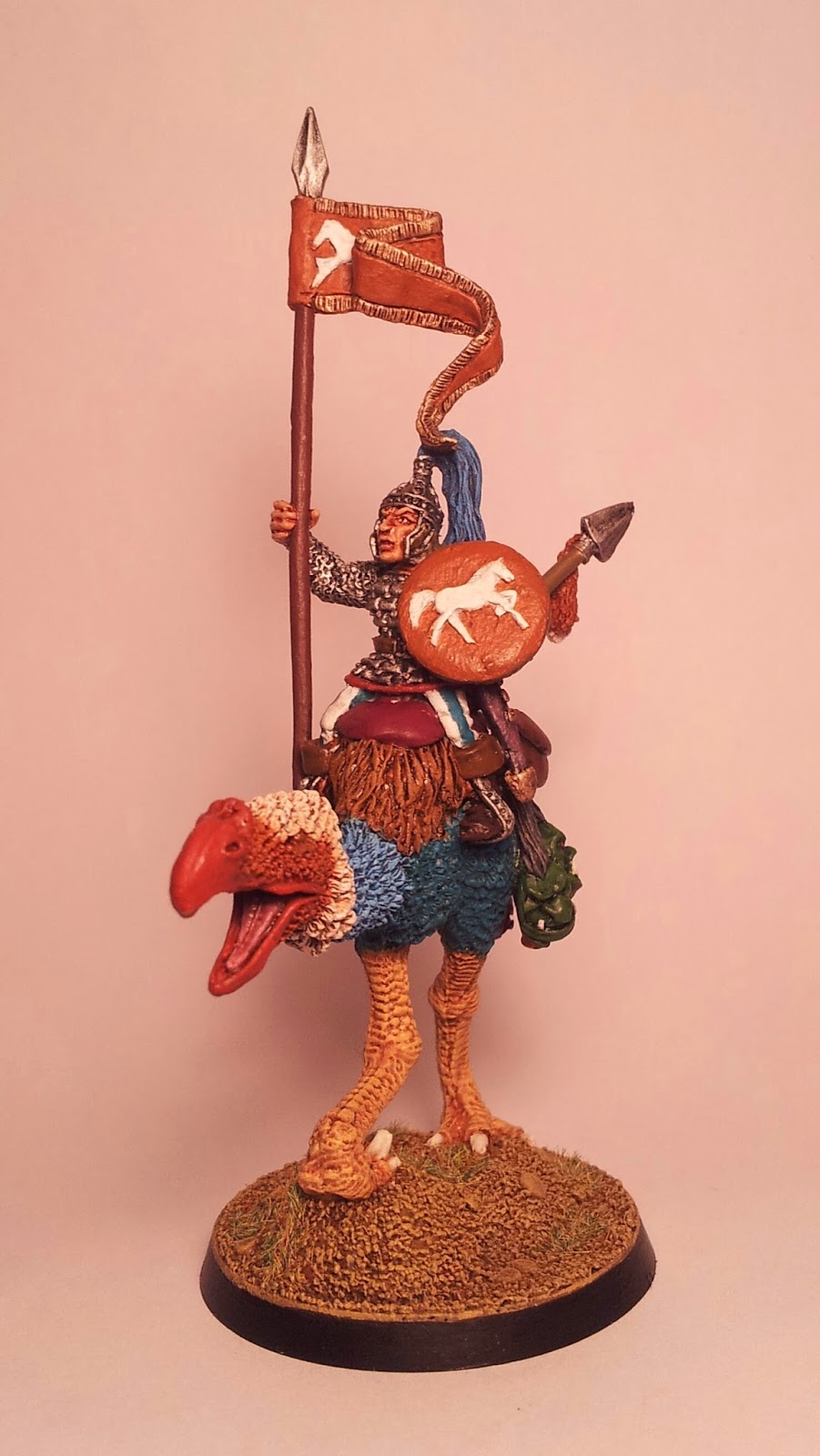 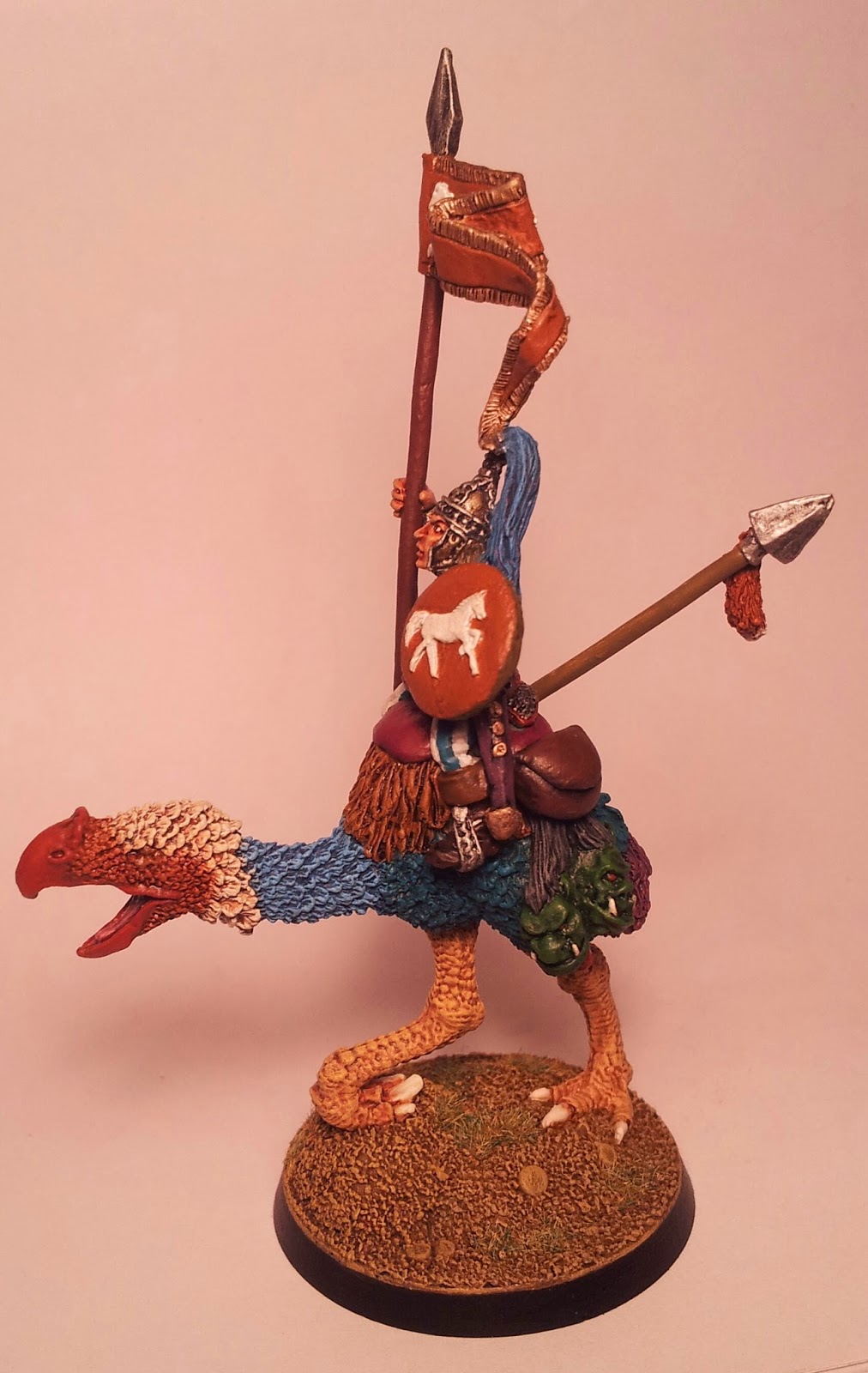 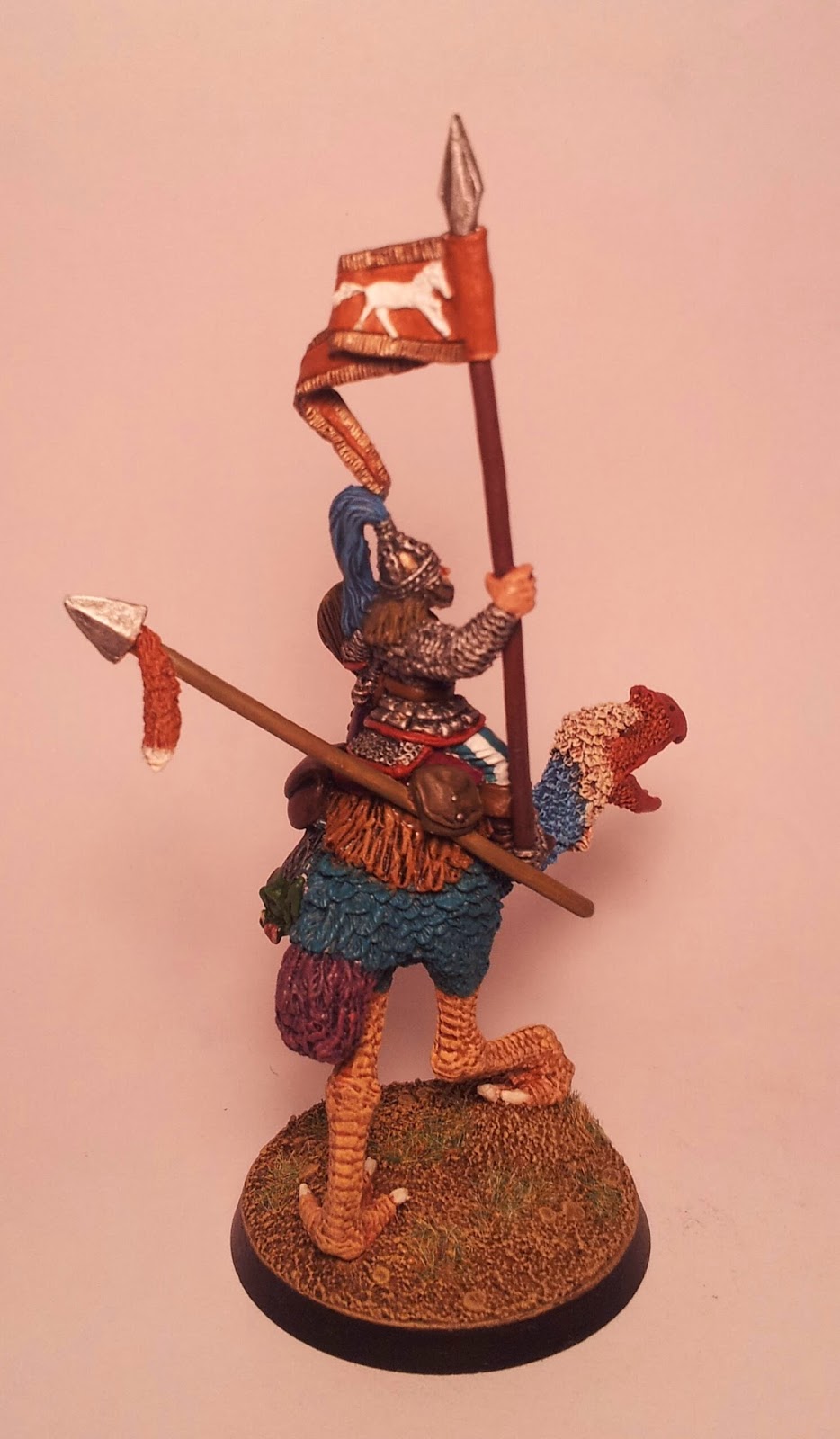 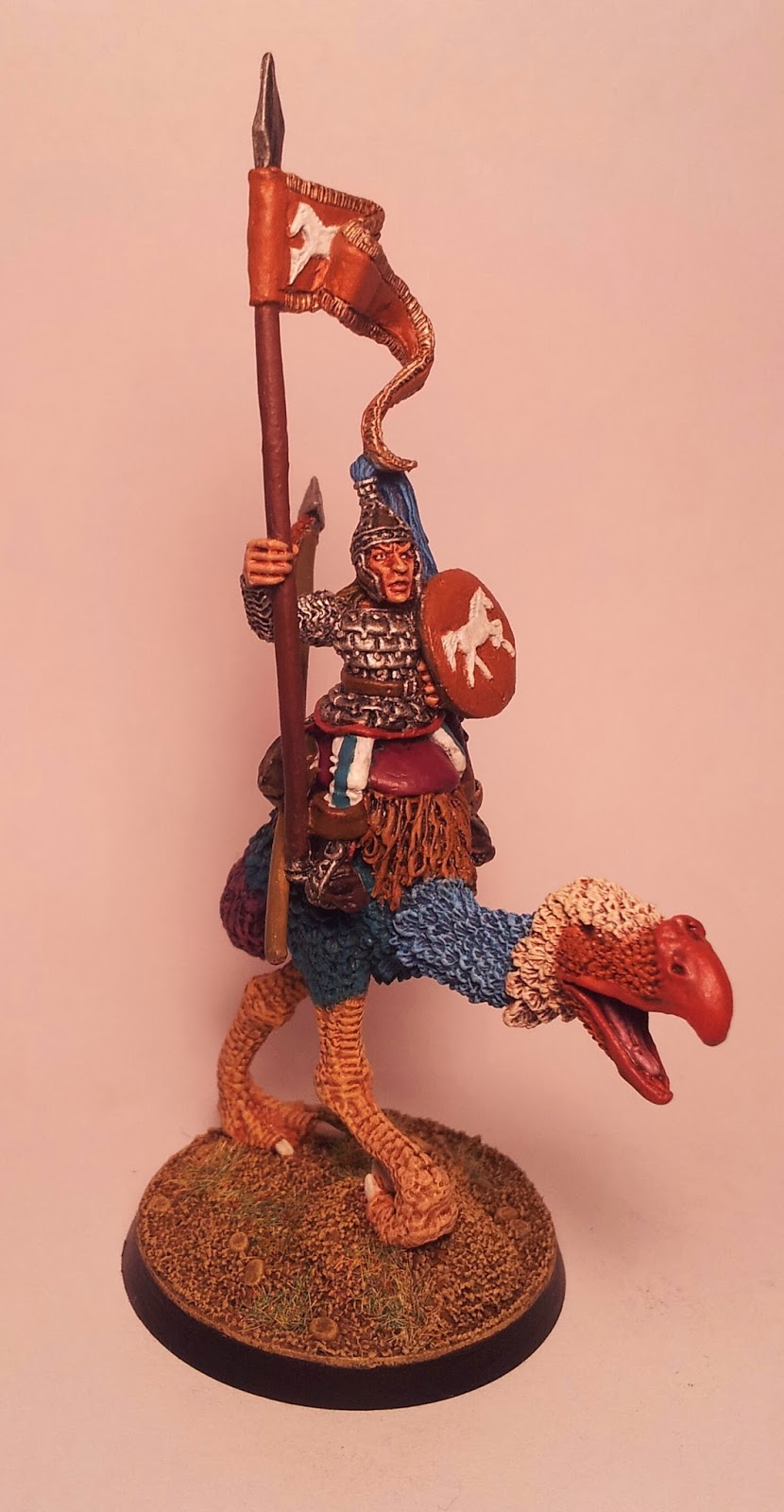 A close up of the brace of severed Orc heads 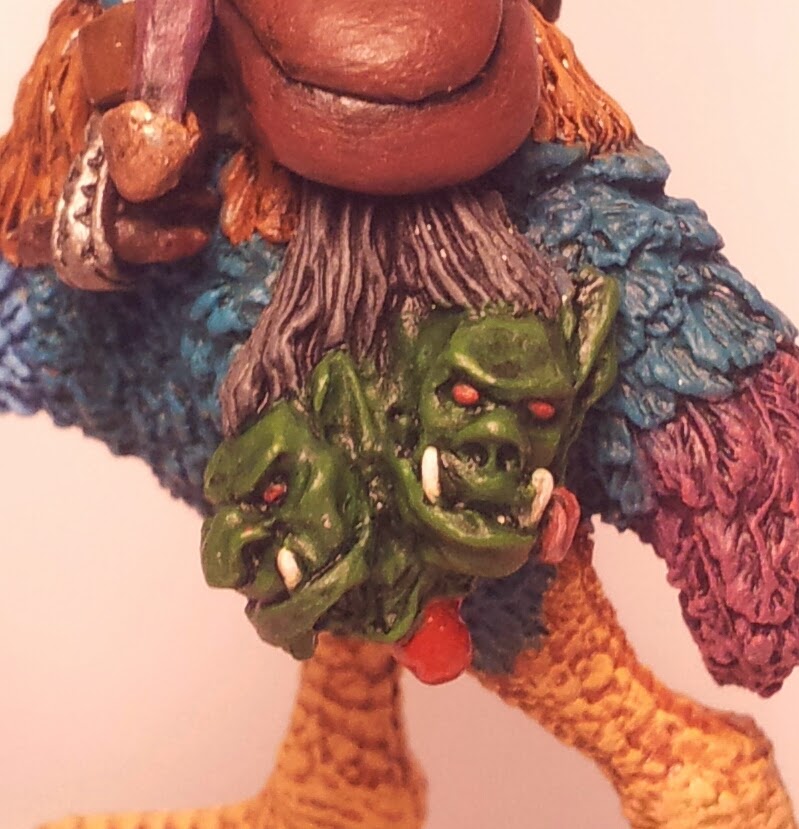 
Whilst plodding on through painting Empire troops, I decided to wander off on a slight tangent and make plans on yet another Chaos Warrior unit.
After shortlisting several Chaos Champions I opted for this one; he's not my favourite of the range to be honest nor is he the most satisfying paint job I'm ever going churn out - but hey, he'll do.

So here is the first of what will be a fairly small sized unit; Belial the Unruly. 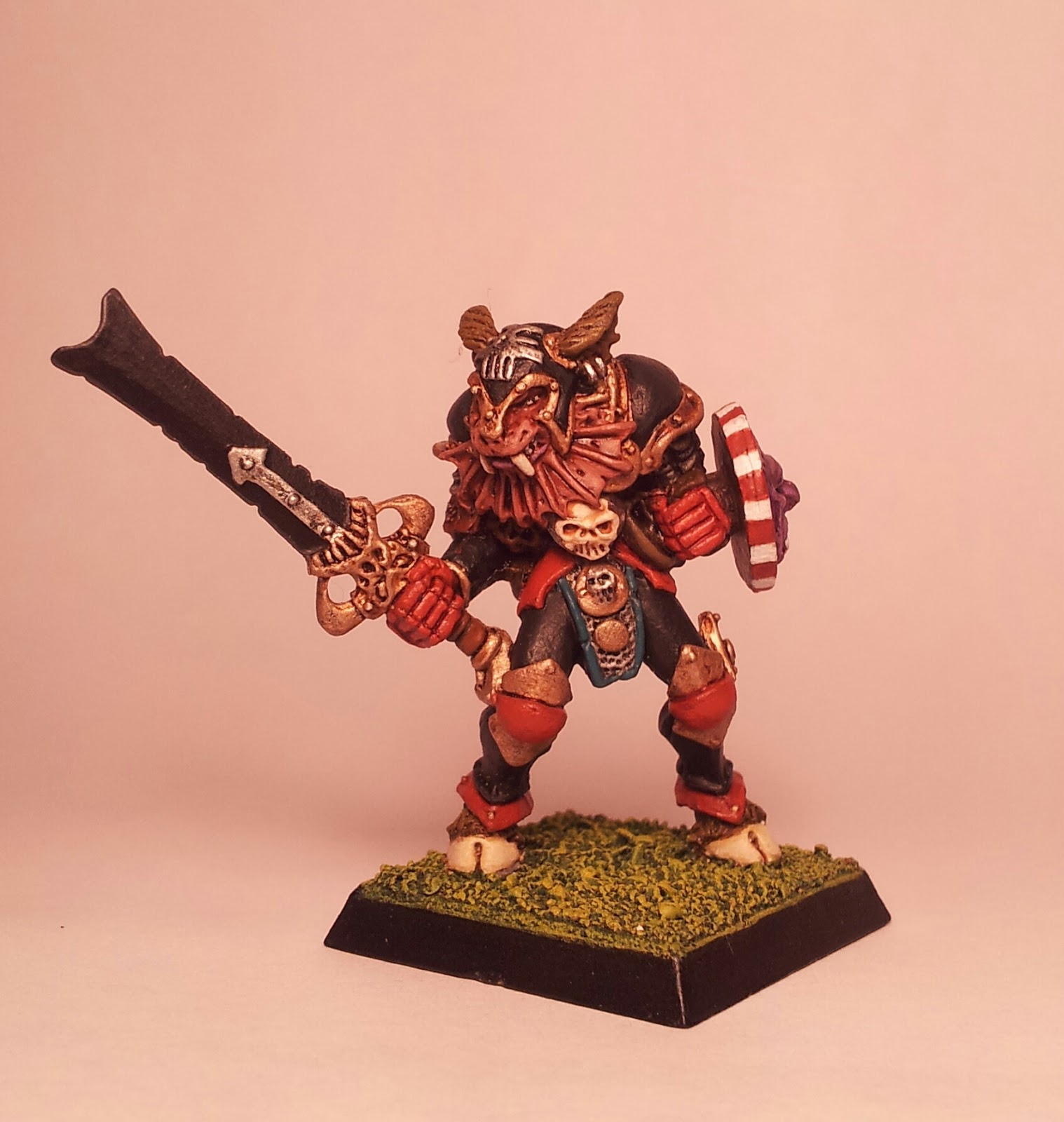 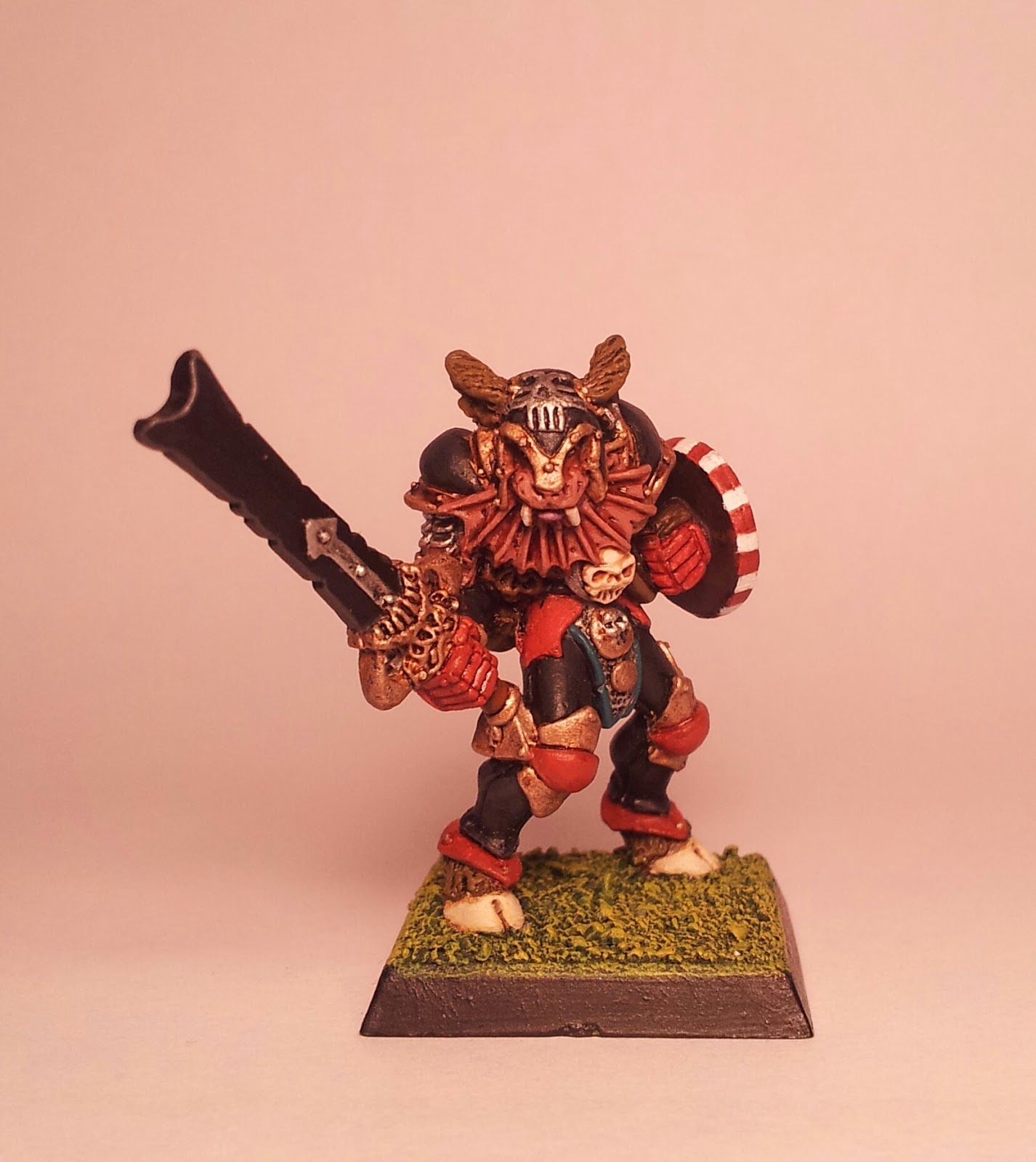 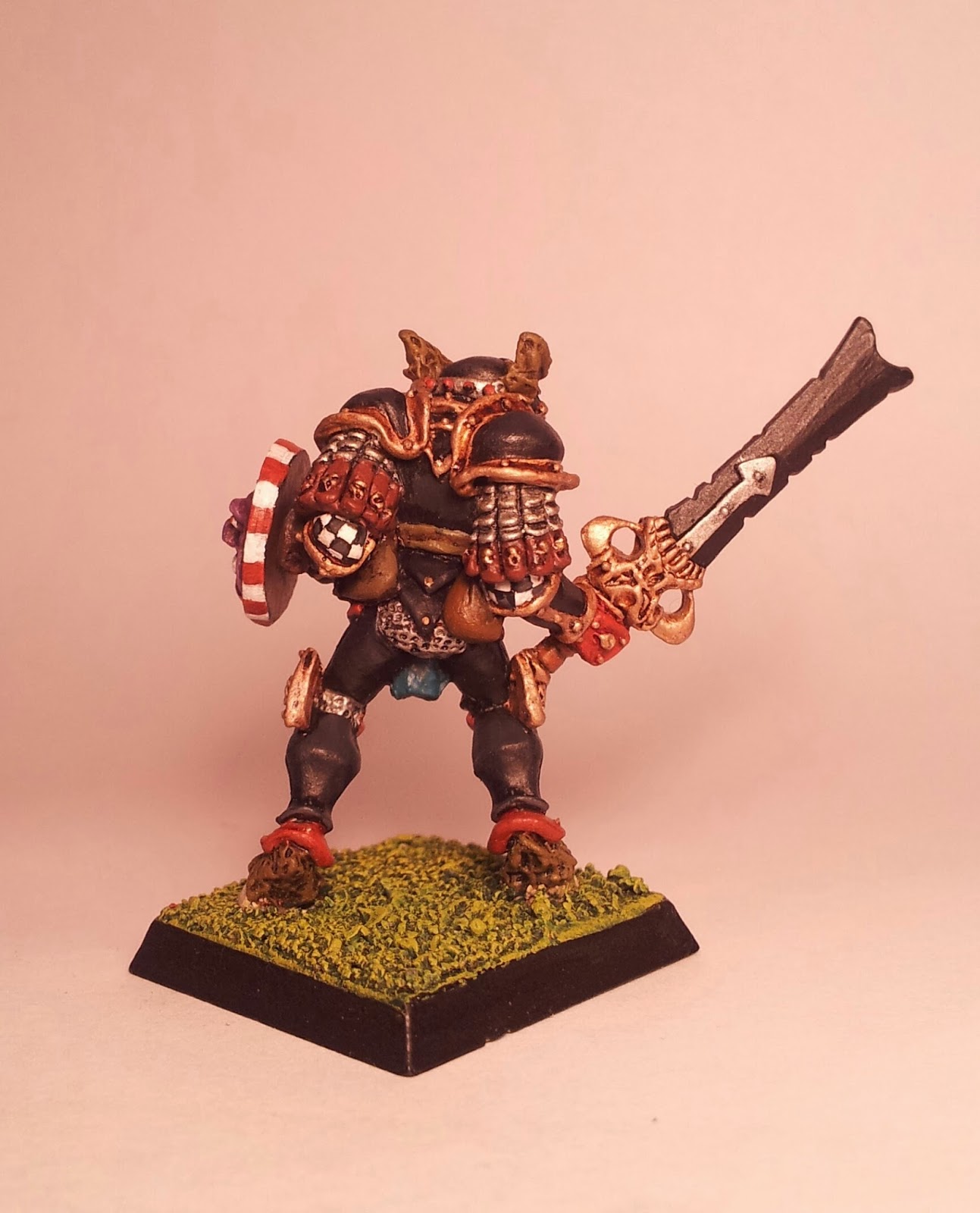 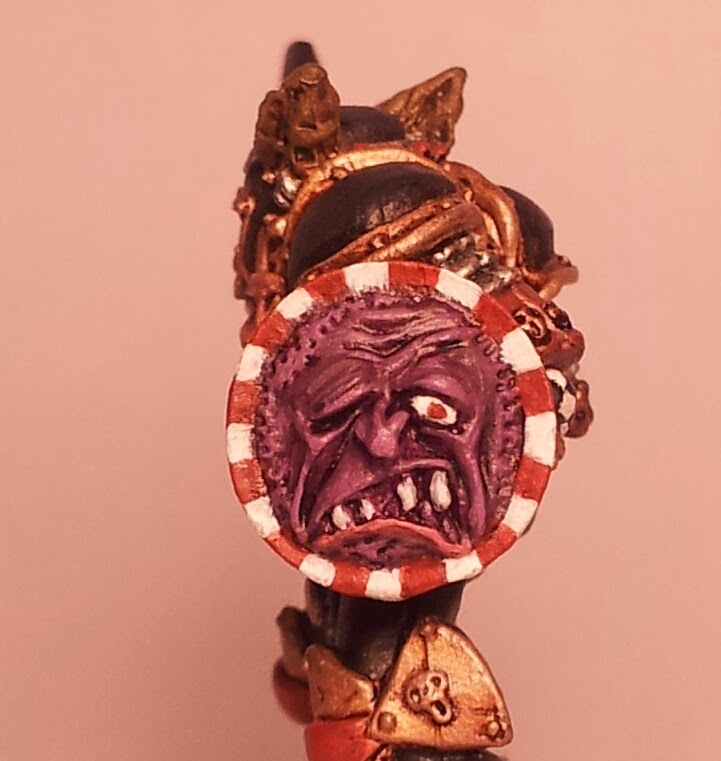 As usual I have gone for one of the classic SH1 metal shield range.