Confrontation Venator Leader - the last paint job of my 30's?


Hello there, Rochie and I have taken a bit of time off from our collaboration, both turning our attention to other projects for now....
This has been a long term idea of mine but due to not owning any of the scarce Venator figures from the Confrontation range, the plan has been shelved....but no longer!  I was fortunate to acquire a couple of Venators the other week, much to my long awaited delight. Only four different figs were ever sculpted up and there was no leader among them so the plan was to make my own. And here he is. 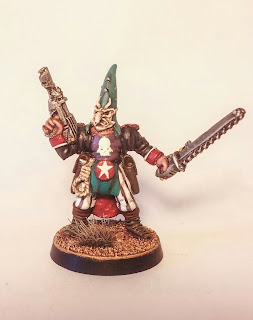 His main body consists of one of the bounty hunters of the same range. I had to sclupt over his dodgy bermuda shorts that he started life with though. Thankfully I had a spare body minus a head lying around from a conversion I'd made back in the 90's. 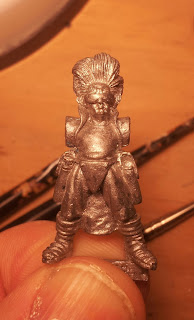 The head is from one of the Necromunda Redemptionist deacons, while the arms are from a commissar; the left one requiring a bit of tweaking by repositioning the hand. The commissar's chainsword wasn't salvageable so I had to nab one off a Van Saar leader. I wasn't finished yet and after considering making his noose out of wire but bottled it in the end and painstakingly removed one from a redemptionist. 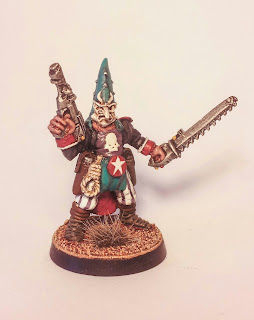 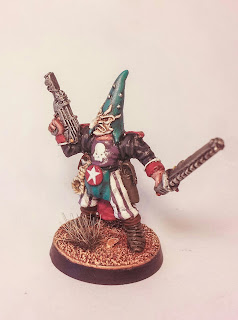 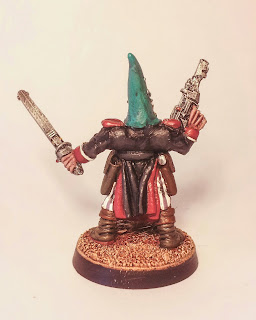 With a potentially hectic work schedule ahead this coming week, I was keen to finish him before then and now it looks as if I'll be in my 40's by the time I paint whatever is next on my list. At this rate it'll be his two gangers that arrived a couple of days ago.
Posted by Shaitan at 21:39 No comments: