We all have a long term project that someday we hope to fulfill; a magnum opus if you like. With Jodorowsky it was Dune, with Kubrick it was Napoleon but I've gone one better than those fellas and have actually completed what will probably be my largest ever project. 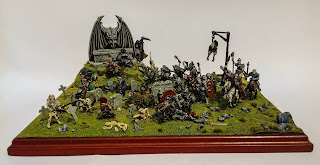 Firstly, I have to cast my mind back 15 years to the beginning....

The year was 2001. I'd been thinking of attempting something on a large scale for some time but hadn't come to any cast iron decisions, until I'd been studying John Blanche's epic undead diorama, that we all know and love, and decided to attempt something inspired by his work but on a considerably smaller scale. After finalising the scene content on paper it was time to pick what figures were going to be used, give mail order a call and wait for a parcel. After a brief and deeply disappointing phone call, I learned that all the old classic stuff was now out of production and had been for about a year. I'd had a year or so out from the hobby at that point so I had been none the wiser.
So that was that; the idea was shelved before it even got further than a sheet of A4.
Two years on and the flatlined project received a lifeline thanks to eBay. Several months down the line, I had been able to amass every figure I'd planned to be included in the diorama. Then, after painting two or three of them, the project stalled....and that's how it remained until last October.

After deciding to properly go for it, I purchased a base and began with the foreground. After completing that and making a start on the middle section I felt I had to take a break from it for a bit. In fact, I only resumed it last month when I fully felt I had the free time and stamina.

My main psychological challenge was the zombies. Great figs that they are, they do have a tendency to be a bit undistinguishable (what the fuck is flesh and what is bone etc) and painting a lot of them was going to be a test. Thankfully once I got my rhythm going they came thick and fast.

I had never planned on any story background for this piece, more 'make of it what you will'. 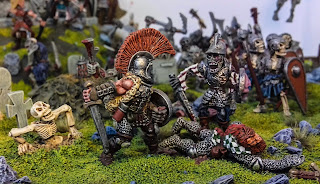 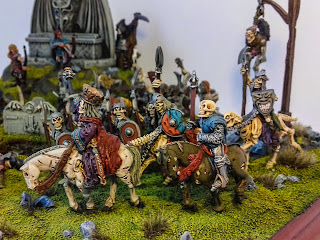 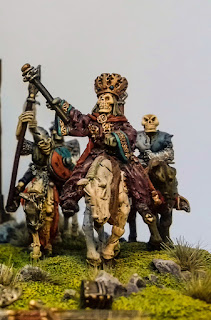 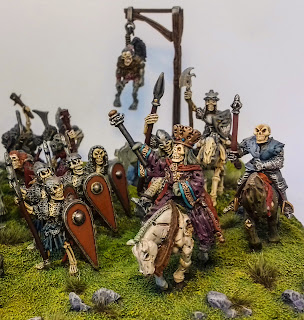 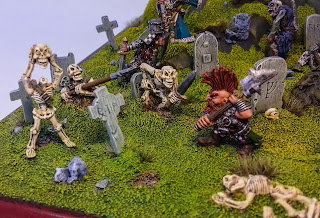 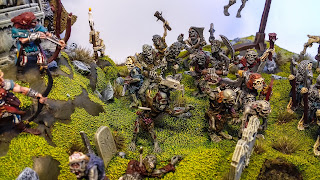 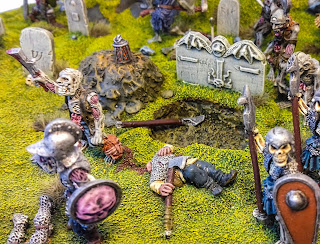 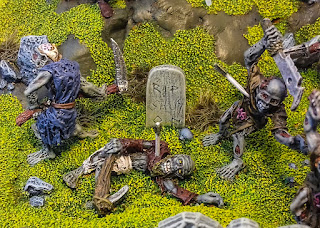 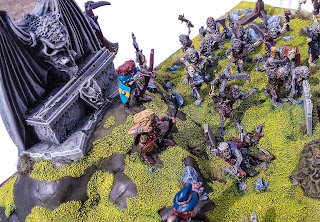 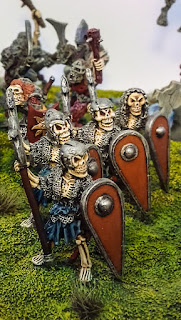 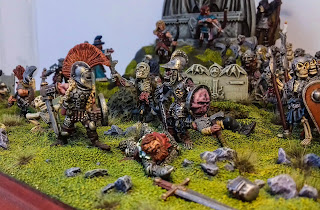 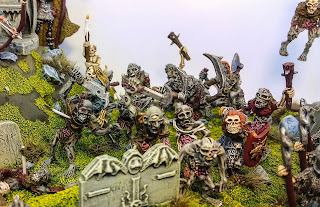 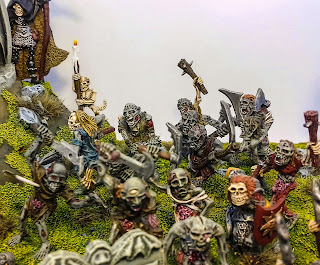 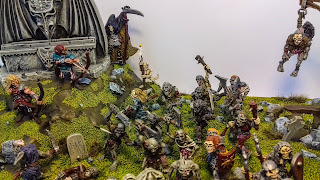 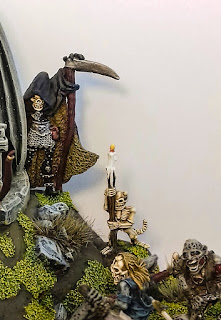 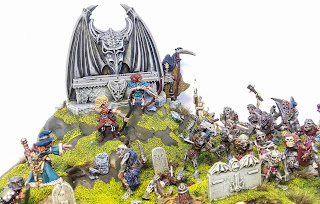 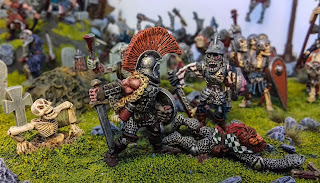 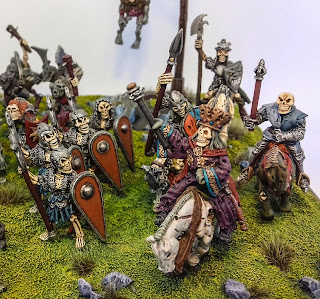 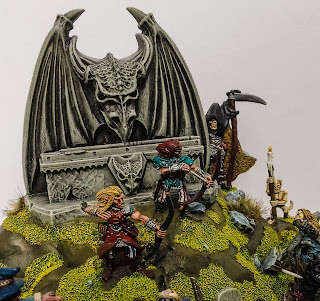 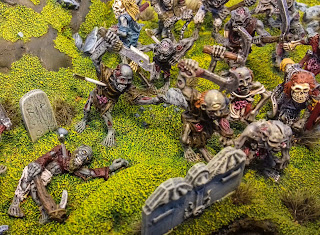 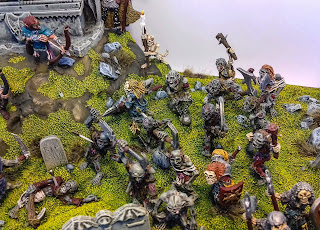 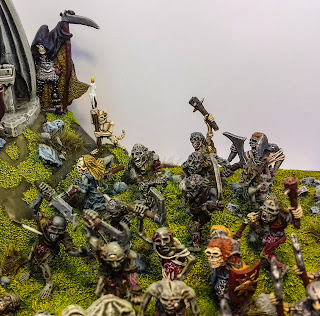 So the project has finally come to a close. It'll be strange not to have it on my to do list after all this time. Now I'll have to turn my thoughts to something else. I ought to give myself a break for a fortnight or so but the momentum is still with me so onwards and upwards!