With all this social distancing I'll at least have the time to expand my Confederate force. The latest addition here is a command base featuring Lee's War Horse, Lieutenant General James Longstreet. 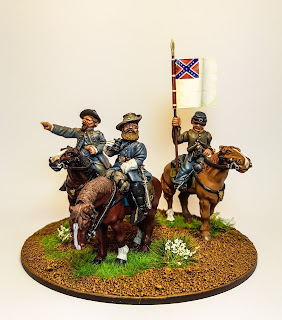 Longstreet played a pivotal role in both the Eastern and Western theatres of the Civil War. He distinguished himself in the early Confederate successes at First and Second Manassas before mounting successful defensive stands at Antietem and Fredericksburg in 1862. 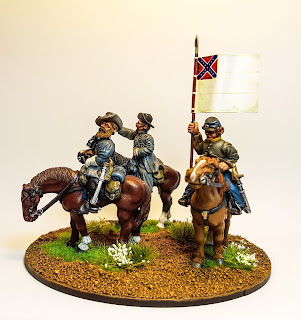 He was probably most remembered for reluctantly overseeing the doomed offensive that was Pickett's Charge during the Battle of Gettysburg, despite advising Robert E. Lee of its futility. 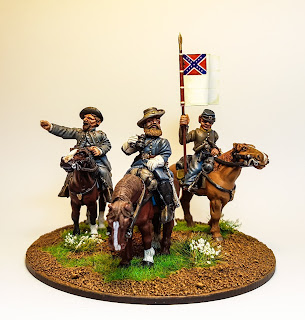 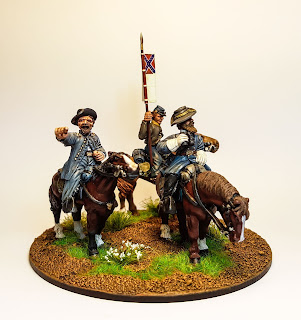 Yet another wonderful sculpt by Dixon miniatures, Longstreet was a joy to paint and it's nice to see a command base added to my force. After painting six mounted figures on the spin, I'm going to tackle another artillery piece and an infantry unit over the next few weeks. Thanks for looking and stay safe!
Posted by Shaitan at 11:23 8 comments:

I've added to my initial three Confederate cavalrymen (featuring J.E.B Stuart) with another three over the last couple of weeks. 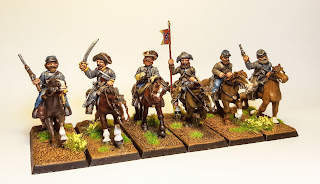 The Dixon civil war cavalry are superb and are in my opinion some of the best in the range. 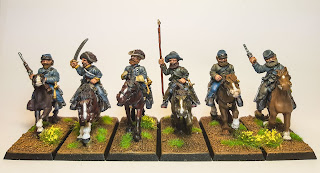 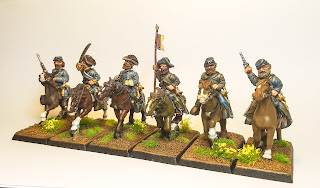 Confederate cavalry were considered as superior horsemen to their northern counterparts due to the more rural South where roads were poor and more suited to horses in comparison to the urbanised North where streetcars and carriages were more commonplace. 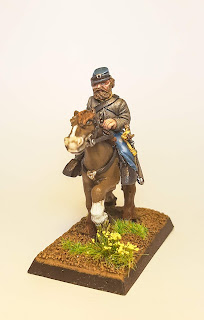 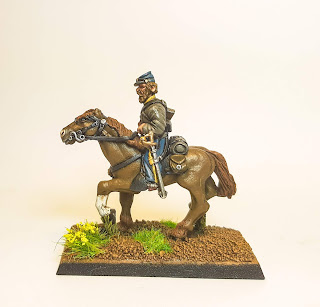 Confederate cavalry owned their own horses and were compensated on a monthly basis. If a soldier's horse was lost (killed, sick, injured etc), he was responsible for replacing it at his own expense. The general rule was for the soldier to return with a new horse within sixty days or face the ignominious fate of becoming an infantryman. 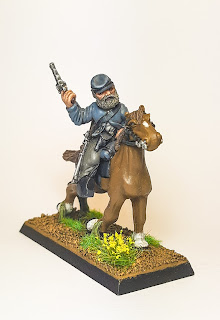 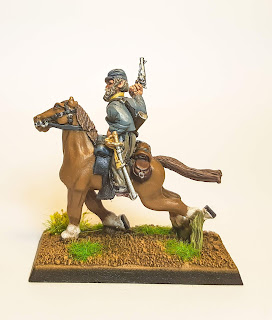 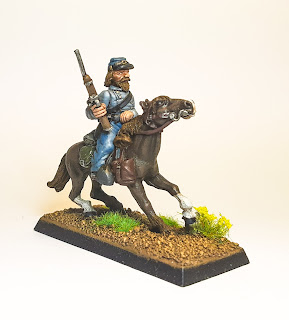 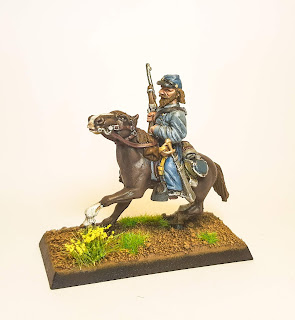 The plan is to paint another six in the near future. I'm currently in the process of knocking out another artillery piece and also a Confederate command base featuring General Longstreet so watch this space.