Well it's been slow going with the Tilean mercenaries over the last few weeks and while I'm trying to pick away at the halberdiers, I've struggled with the other units due to unsuccessful uniform colour schemes resulting in several figures being abandoned or stripped. So I've taken some time out for the sake of my sanity.

Meantime I've decided to tackle some more of my Confederate army and have produced a second cannon base, this time a 12 pound Napoleon gun, using Dixon Miniatures as usual. 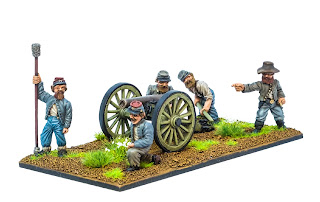 Named after Napoleon III of France, it was the most popular smoothbore cannon used in the Civil War, widely admired for its safety and reliability. Union gun crews were the first to use the Napoleon but the Confederates soon replicated its versatile design for their own use and had around 600 in total throughout. 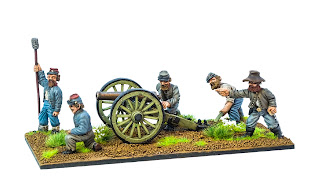 Due to the gun's effectiveness, General Lee had nearly all 6 pounders from the Army of Northern Virginia sent to the Tredegar Ironworks in to be melted down and recast as 12 pounders. 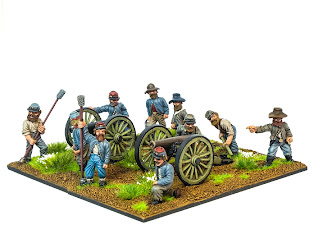 The Napoleon lined up alongside a Parrot Rifle

Copper became increasingly scarce for the Confederacy, due to the Ducktown copper mines near Chattanooga, Tennessee being siezed by federal troops, thus causing the casting of bronze to cease. Therefore, Tredegar would cast later models of the Napoleon in iron. 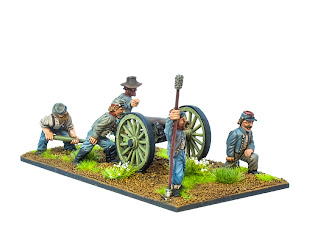 I've also painted a couple of infantry to round my original unit off to twenty. 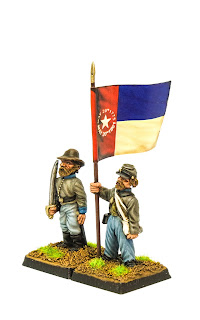 I've plans for another infantry unit plus one or two other bits and pieces. Sorry if you were expecting more Tilean Mercenary updates; they will appear, it'll just have to wait till I'm good and ready.