The beginning of a small adventuring party

I'm in need of a much needed palette cleanser after a number of months plugging away at my Tilean mercenaries so I've gone for an adventuring party that is likely to consist of just four models. It'll give me the opportunity to have some diversity on each one and up first is a human fighter. 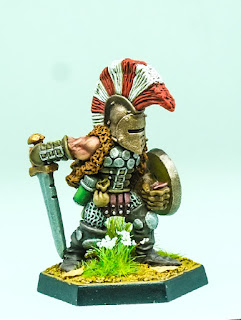 For me there was no alternative but to go for Gladius from the Heroic Fighters of the Known World box set. All eight were cracking sculpts by Jes Goodwin but personally I'd say that Gladius was the pick of the bunch and I've always stood by this since I received the set for my 11th birthday in 1987. 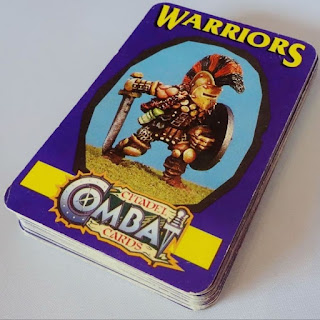 He is also, of course, the poster boy for the Warrior set on the Citadel Combat Cards 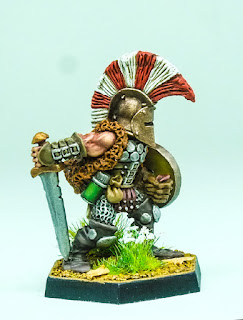 A few of the fighters from that set had a second variant model (I believe due to casting issues), such as a helmet alteration or in Gladius' case, a head at a different angle. I have his variant on one of my dioramas. I think I personally prefer this one. 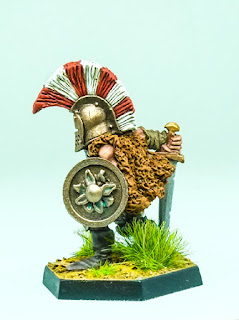 Another charming detail is a comb on the rear of the model presumably to maintain his impressive striped crest. Sorry! I haven't got it in shot unfortunately.

So next up is the party's wizard which I'm aiming to have wrapped up by the weekend.