With work full on at the moment and taking up seven days a week I've been struggling to find time to get any painting done. And here we have the start of yet another warband, this time from Marienburg. 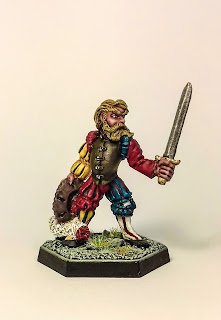 The plan is to have several on the go at one time. I've been planning a Marienburg warband for some time now and apart from trying to carefully select the figures to represent the group I've been obsessing over who to choose as its captain.

Of course there are plenty to choose from in the citadel fighters, Dogs of War and Empire ranges but none of them seemed to stand out. It felt as if I was searching for something that didn't actually exist.

I decided to delve into some of the more obscure ranges and there I spotted the merchant/gentleman figure from the vast selection of townsfolk. After missing out on him on ebay, I eventually managed to secure the next one that came along. 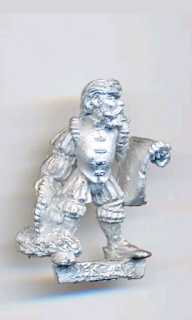 Of course he needed a weapon to replace the scroll and to make matters trickier, he's left handed. Then began the long search for a left sword arm which proved to be a right pain in the arse; there aren't as many as you'd expect - plus it would need to cohere with his empire costume. 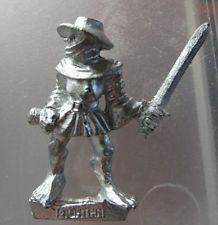 Eventually I found a suitable donor in Adolf from the dogs of war range and trimmed his sleeve down a bit. I also had to re sculpt some of his left trouser where the scroll had been. 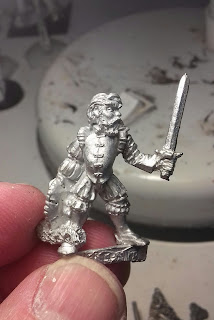 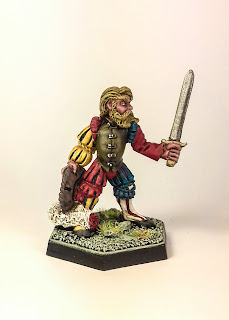 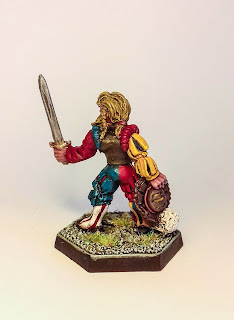 I also had to try and overcome my hang up for painting yellow; many's the time I've abandoned a figure after being disappointed with my yellow efforts but this time I was happy with the outcome.

So with the captain out of the way, I can relax a bit knowing that ghost has been laid to rest and get on with the rest of the group. I'll probably knock out another two or three before resuming with one of the other warband projects.


This has been one of those pieces that has been cluttering up the desk for a few months now and I'd decided that nothing else will get my attention until it's sorted.
The Citadel toad dragon has sat in my Chaos box for about 20 years since grabbing him in the GW trolley dash and had always foreseen it to carry some kind of rider. 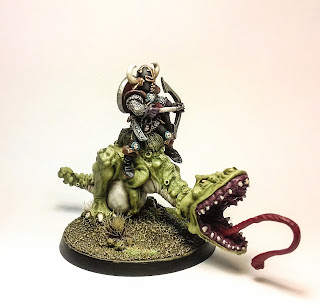 I think my main problem was finding a suitable rider as the dragon itself has been the best part of painted for a few weeks. I'd shortlisted a number of the Jes Goodwin Khorne champions to play the role and had even got half way through painting one I'd converted up but I ended up abandoning it. 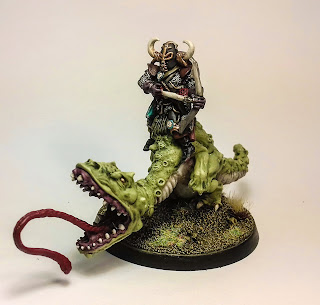 I decided to search elsewhere for the right candidate and as so often before, the AD&D range came to the rescue! 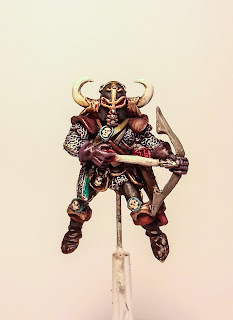 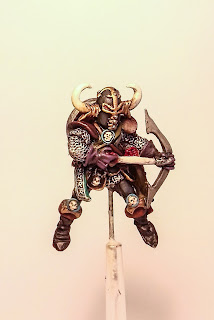 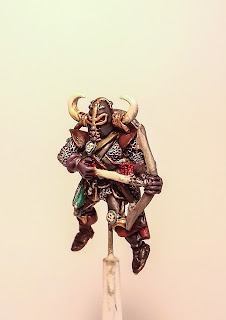 It's probably because the bulk of the AD&D figs never made it to the later catalogues that I've often overlooked them as ideas for projects. So with a little careful bending and twisting this AD&D stage 2 Evil Fighter was just the job. 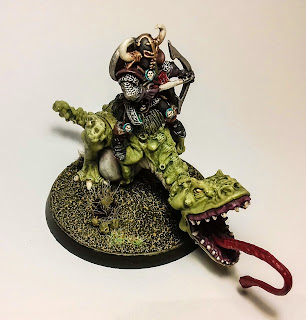 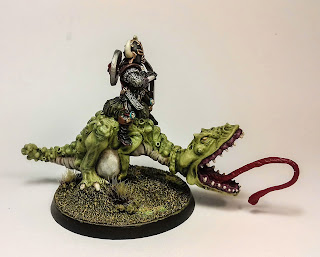 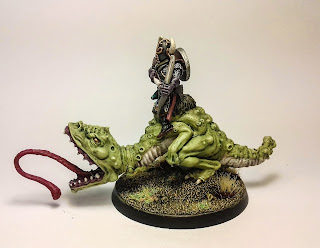 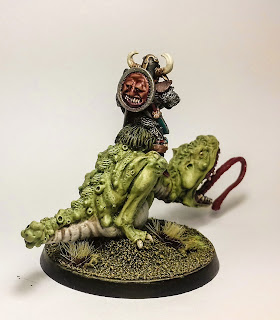 There's no specific purpose to this fella really but he is versatile enough to fit into a future chaos warband or part of the ever growing horde of chaos. Plus he makes the desk just ever so slightly clearer.
Posted by Shaitan at 08:45 No comments: