Finally I Jump on the Frostgrave Bandwagon

It's been a frustrating month or so. I've been flat out getting nowhere with several projects that have stalled on the very first figure. I've probably been guilty of trying to take on too much at once and not being able to focus properly.
Anyway, I've been keen on starting a Frostgrave warband for a good while now and like everyone says who has done, it's a great excuse to take on potential one off figures you wouldn't normally paint. 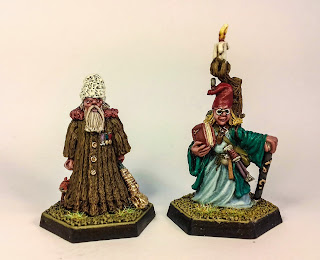 Up first is the wizard and apprentice. Now another great factor of this project is selecting the figures to represent the characters. I've gone for two of my favourite wizards here; Ivan Bloodblast, (I've used the original name given by the citadel staff here) who I think will suit the role of an Enchanter, is a peculiar sculpt to say the least. He looks more like some kind of Kislevite war veteran than a mage. I shall endeavour to think of some fluff down the line at some point. 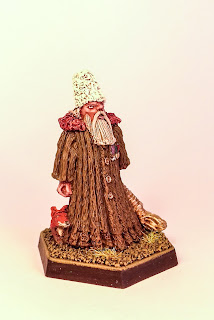 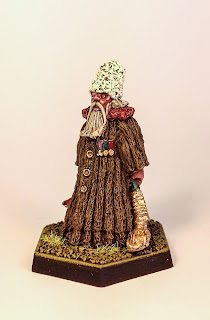 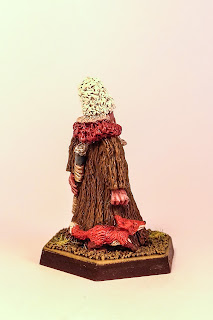 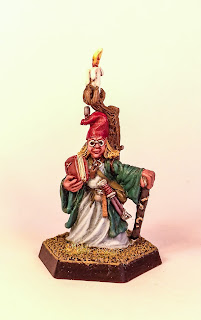 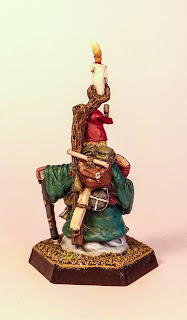 Ivan's apprentice is Waldo (also original staff name) who was extremely fun to paint, has been lumbered with carrying his master's belongings. The pair (both Aly Morrison sculpts) together make rather an odd couple but both have a lot of character and I'm pleased with the start of the party.

There'll be another couple posted up next week which I have made a start on. It's good to be back making progress instead of staring at a dozen half painted miniatures on my desk.
Posted by Shaitan at 08:39 No comments: