So what with it being my 100th post, I wanted to make a bit of an effort with it so here is, like my diorama from last year another idea that I'd initially devised many years ago. I've always been a massive fan of the Citadel Balrog from the BME3 Lord of the Rings set from 1987; I'd say it's personally my favourite Nick Bibby sculpt (preferred even to the spined dragon). I always thought its pose was perfect for some kind of aerial duel and was keen to find a suitable flying opponent to make this idea a reality. 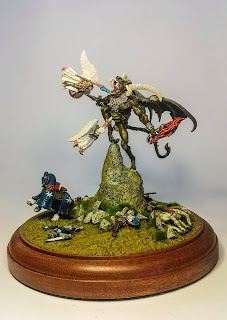 Now this idea has gone through more teething problems than I care to remember. Originally I'd intended for the balrog to be lanced by a knight mounted on pegasus in mid air but there had always been issues with weight. The intended figure's (the 90's version) arm - a separate piece would never bear it's own suspended weight. After trying a few unsuccessful mock up ideas and alternative figures, I had to admit defeat. 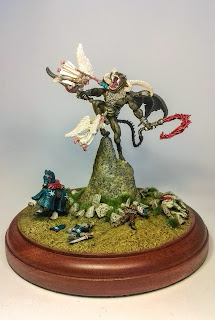 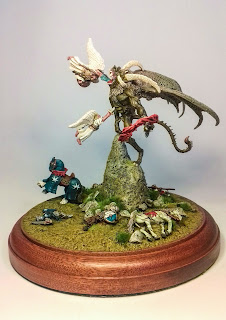 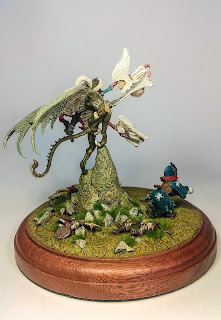 Then a few months ago I was discussing the predicament with Rochie (and he gets shed loads of credit here) and he suggested an alternative approach with the possibility of some kind of lawful demon as an adversary. The penny dropped and I thought of the C34 Demons of Law.
I've always thought "They're classic, they're lovely but I'll never paint them." but now they had a purpose. 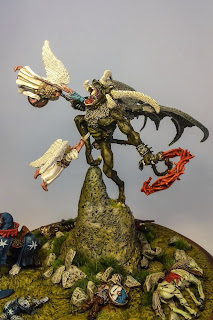 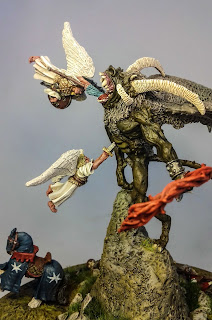 What's more, being considerably less weighty that a knight on pegasus, there shouldn't be any issues suspending them I mid air. The most challenging part would be drilling down through their respective spears and swords in order to substantiality pin them to the demon. 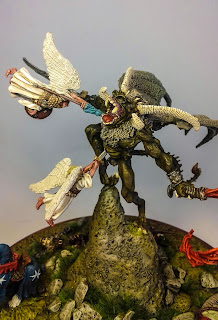 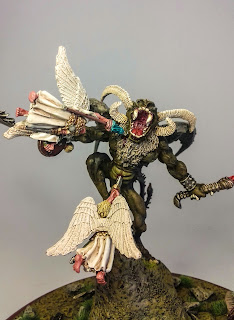 The base itself required the right balance of not looking too barren or over crowded. 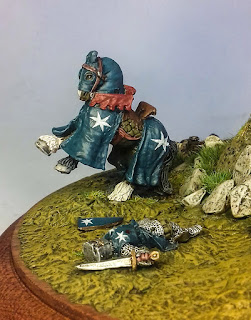 A fallen knight with panicked steed 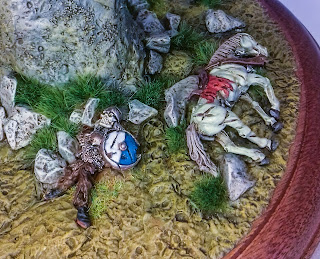 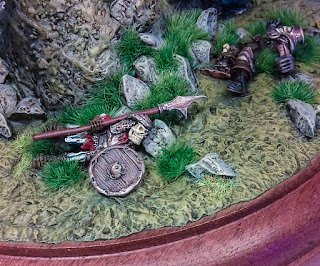 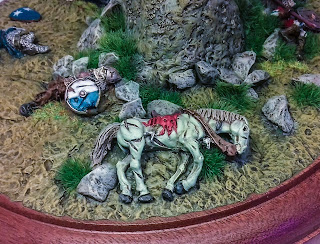 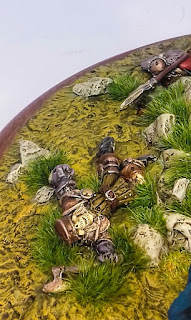 The base and rock pinnacle is made from a core of milliput and an outer layer of green stuff. The base texture is actually a mold press taken from the base of a 54mm napoleonic model. Here's a few WIP shots. 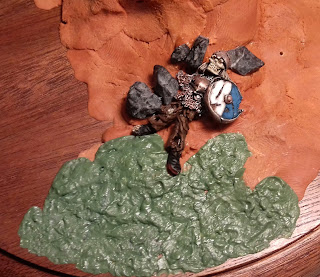 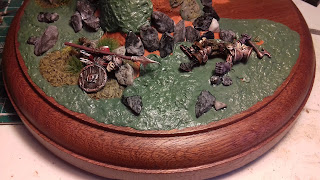 Beginning to add the rocks 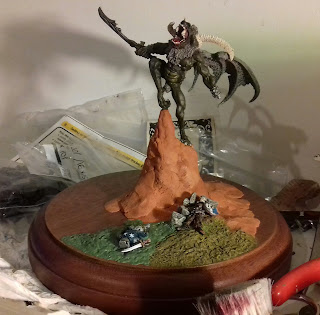 So that's all my bucket list projects accounted for now. Time to start planning something else that I can produce in another 10 years or more.