With a combination of being manic at work and slaving over this project, the blog has been a little dormant over the last month or so but here is the final unit that makes up my Star Reavers chapter; riding lizards. 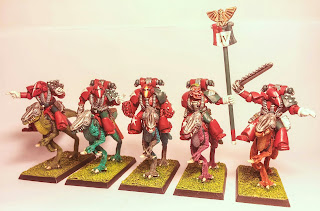 Made up of the limited edition space marine riding lizard figure, this is a unit that I have been aiming to get done for some time now. Part of the problem was not owning enough lizards for a unit of five; up until the end of last year I owned only two. Then, not long before Christmas I was extremely fortunate to win no less than FOUR riding lizards on ebay for £10.50 also with free postage. The bargains can still be found out there; living proof.

Although initially designed for the plastic marines from the RTB1 set, I planned to use metal riders for the lizards just as I'd done with the first one I painted a couple of years ago.  Bike riders fit nicely but I was running out of options here having used most of them up on bikes already.
So I set about using other marines that would fit onto saddles. 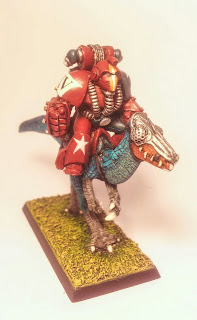 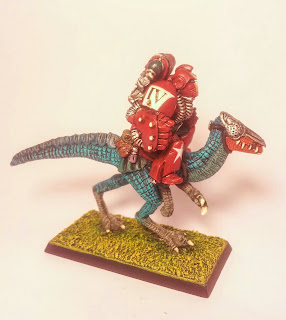 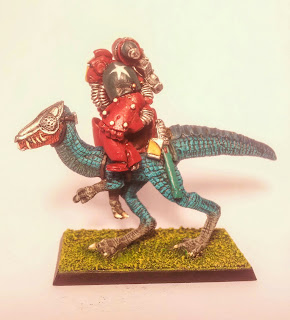 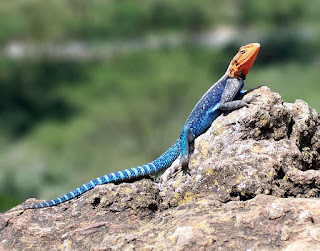 Unit leader - I had originally planned to remove one of the sergeant's power fists but a wise man (Rochie over at Buried Under Lead) convinced me he would look great left as is so I took his sagely advice. His mount is roughly based on an Agama lizard; I wanted something a little more colourful for the leader. 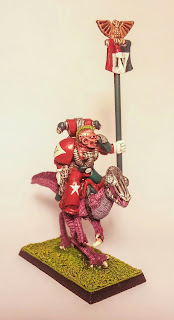 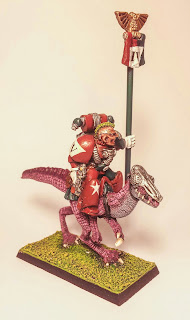 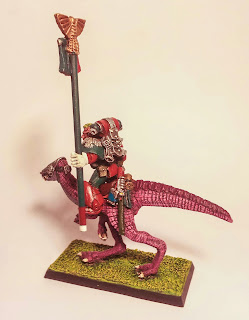 Standard Bearer - He underwent a bit of converting here and his left hand was replaced by a Blood Bowl Human lineman whilst his standard was made from brass rod and the banner of a Marine Chaplain; this part was a real bastard as I had to drill the existing banner pole out to accommodate the rod. One of those fine line between success and completely ballsing it up moments. 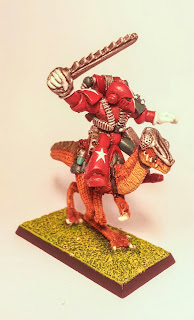 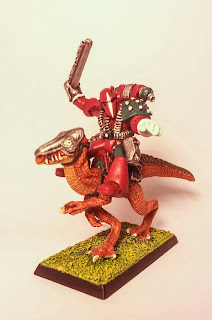 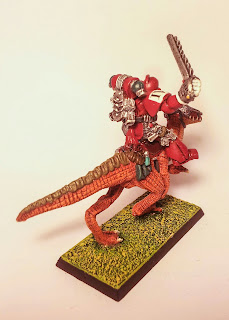 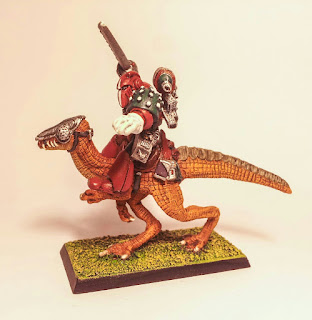 This guy was a lot simple. Originally a medic bike/jet cycle rider, he merely needes his medic symbols removed. 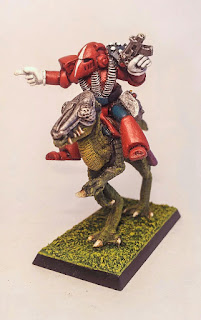 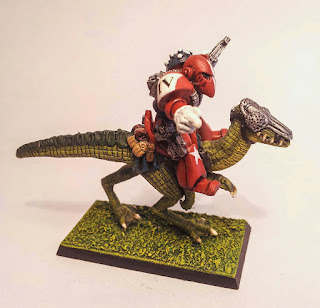 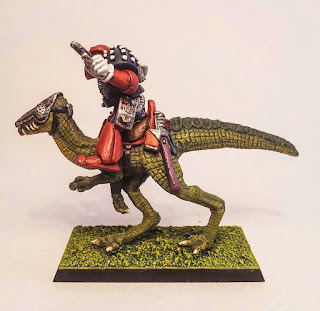 Originally painted a couple of years ago, he's a sidecar rider/tank crewman. 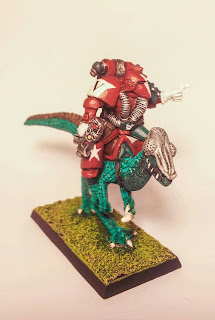 Lastly, this guy; another former medic. Just a case of file the medic sigils off again, cut the tag off and pin him on.

So that's it; all units completed. All that remains is a medic, a techmarine and a librarian in terminator armour and I can draw a line under the Star Reavers chapter and tick off one of my goals for 2016 thus drawing my attention to some other important projects and works in progress.
Posted by Shaitan at 22:41 1 comment: