I've struggled over the last couple of weeks to knock these two out due to suffering with proper flu and I've probably not felt this shit in 20 years. But soldiering on, I have added the first of the Magister's followers; a Dark Soul and beastman. 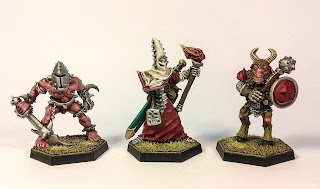 I've always been a big fan of the Chaos warrior I opted for to represent the Dark Soul but I never really felt he fitted in with the rest of the guys from the same range; having the look of a chaos thug more than a warrior due the the lack of plate armour. 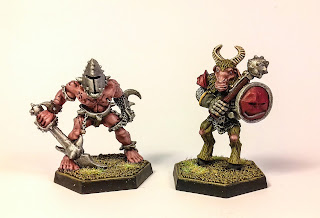 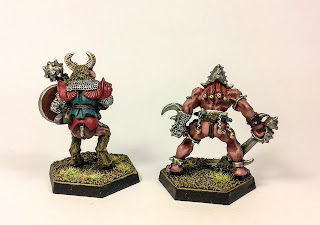 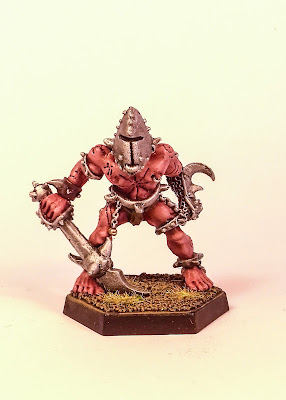 The plan was to paint his tattoos in blue ink (which I actually did) but having already shaded his flesh with chestnut ink, it didn't really show that well. Never mind, he'll do. 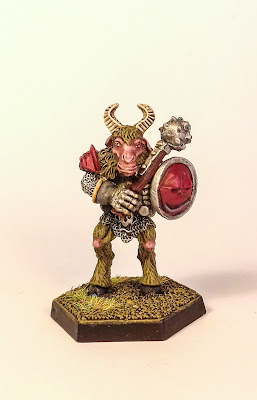 I really enjoyed painting several Bob Olley beastmen last year for a warband and this chap was no exception. The armour is such an innovative design and I'm planning on adding another to the group before the end. 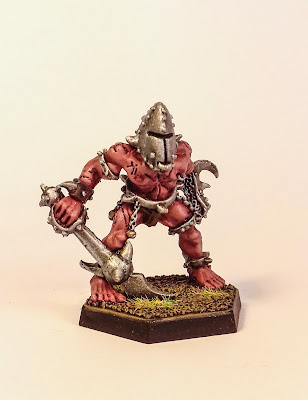 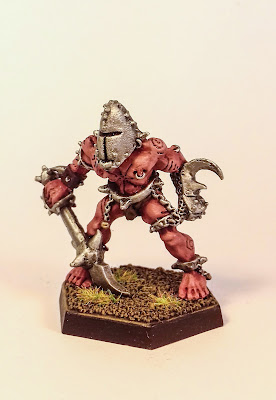 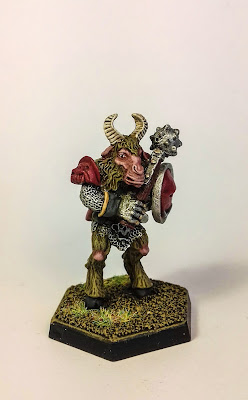 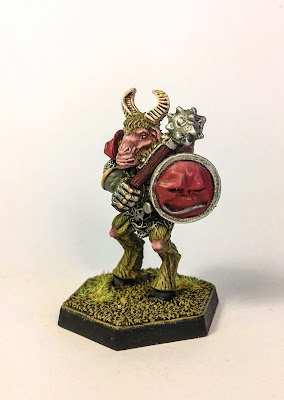 I'm going to stick with this lot for a while and the plan is to add something large and brutish into the mix for next time.
Posted by Shaitan at 17:58 No comments:


Despite the Frostgrave boys coming along nicely, my urge to take time out and get this lad done to kick off a Mordheim Possessed Warband has been far too great. 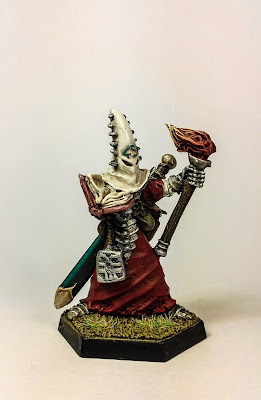 As expected, despite a personal liking towards the Mordheim Possessed figures, I'm going old school with the entire warband. I don't think there was any hesitation on choice for the magister in the Shreve the Inquisitor figure from the old Chaos Sorcerers range. 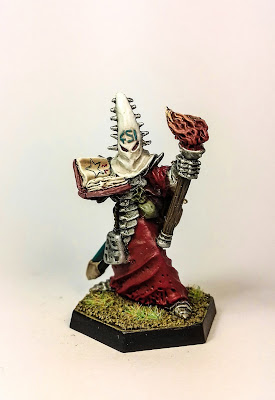 I replaced the, call it, talisman hanging from his waist with a green stuff mould press of a chaos champion's hammer head to serve as an amulet. And then there's the sword; a bit OTT maybe but it fits like a glove. 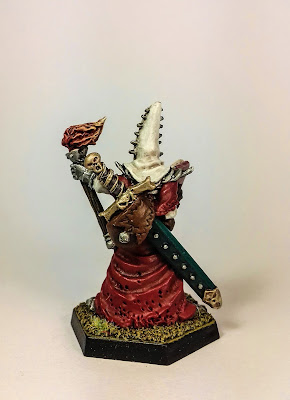 I'm torn right now between resuming the Frostgrave warband and getting one or two painted up to accompany the magister and there are some belters lined up in the queue for this too.


Continuing with the Frostgrave warband, I've added the first two followers of Ivan and his apprentice Waldo - a templar and a man at arms.

The initial plan here is to paint eight members of the warband and then one of each of the remaining characters at a later date. 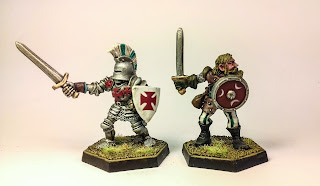 The templar is a lovely sculpt by Jes Goodwin from the F2 Paladin range and the man at arms, by Aly Morrison, is part of the F2 Dogs of War series. 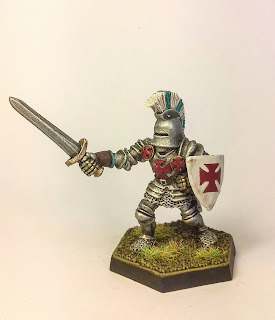 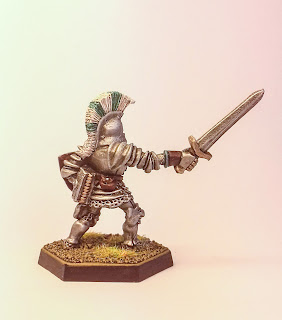 I decided to try a bit of freehand of the templar's shield; this is about as technical as I get when it comes to freehand but it'll do. 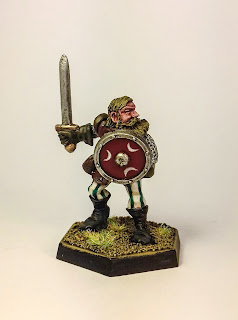 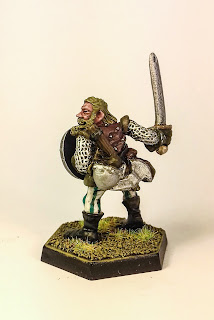 I love this fighter with all his little details. Until I bought him I had no idea there was a helmet and axe tied to his belt around the back. This is also the first plastic shield I've painted since the late 90's. 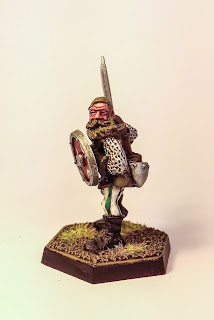 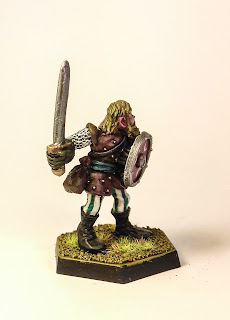 So at the half way stage, I'm taking a short break to paint the leader of another warband (that's all I'm saying for now) as the urge is just too great. Then it'll be back to finish this lot off. There's some interesting figure selections to come yet.
Posted by Shaitan at 20:25 No comments: