Running a bit late this week but here is the new Tzeentch warband update. Rochie posted a  fine pair of Bob Olley beastman the other day as am I tonight - or three in fact.
These guys were among the most enjoyable I've painted in a long time; Mr Olley is a master of intricate and bizarre detail. It was good to be able to run riot with colour as well. 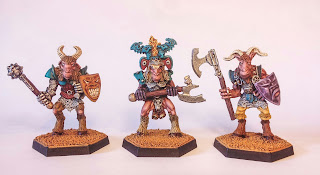 From the undergrowth appeared three more brutish beastmen all sporting brightly coloured and decorative armour. The mounted one cursed them furiously as they looked about the scene of carnage. They had split up in the search for food and upon seeing the corspes of the peasants, the three starving newcomers savagely began to tear at the dead flesh in a frenzied bloodrage.
Dieter watched patiently as they feasted before calmly approaching.
"My children." He hissed soothingly.  "You will never go hungry, never be hunted, never be forced to wander in futility again....I can promise you this if you follow in my servitude. Come with me and we shall embark on a journey of power and glory in the name of our master!"
The four Tzaangor brayed in unison; devoted to their charismatic new leader. They would serve Dieter well in the times ahead.... 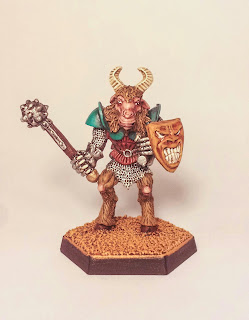 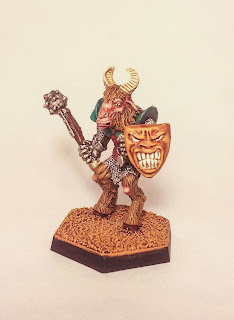 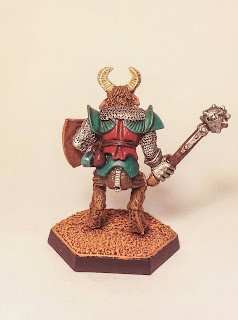 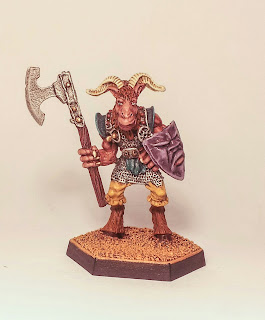 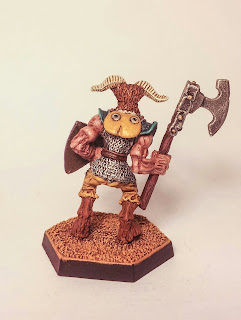 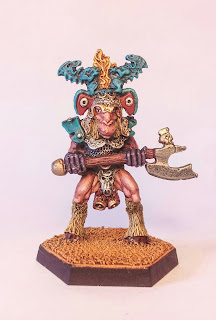 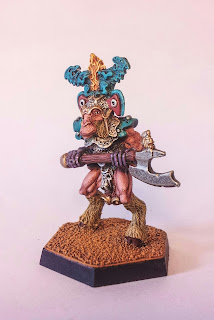 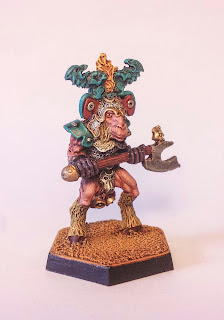 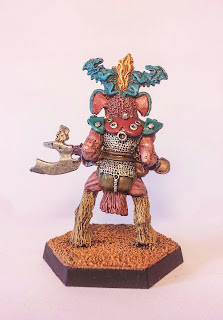 The warband of Dieter Heldengast begins to take shape


So another stage done. Next up is Rochie's new installment with his 40k Slaanesh warband at some point over the next week if he isn't too tied up with commissions. For me that's probably not a bad thing as I need a bit of time to sort out my own 40k warband update.
Posted by Shaitan at 07:27