I've been continuing with my Confederate army and the plan is to create an infantry unit from each of the regiments that made up The Texan Brigade under the command of General John Bell Hood. Up first is the 3rd Arkansas. 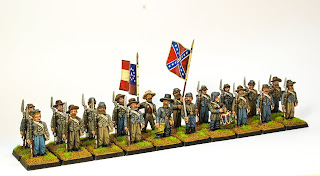 This was the most celebrated regiment from Arkansas, being the only one from the state to feature in the entire war in the Eastern Theatre. Initially commanded by Colonel Albert Rust and then later by Colonel Van H Manning who had co formed the regiment, the 3rd would go onto be one of the most distinguished and respected Confederate regiments of the war. In November 1862 they were assigned to Hood's Texan Brigade joining the 1st, 4th and 5th Texas infantry regiments. 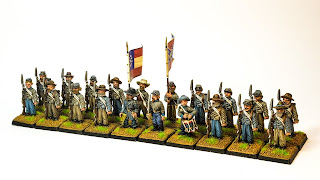 Their most notable action was arguably at Gettysburg, at the Devil's Den where they sustained heavy casualties due to being placed in the front of Hood's assault. 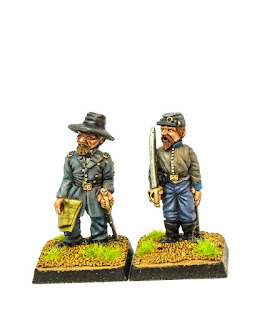 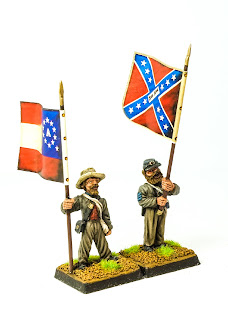 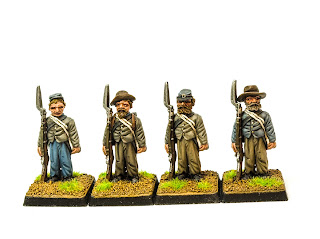 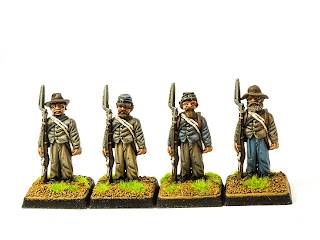 I was glad to finally wrap these guys up having taken me just over a month from start to finish. With every trooper body being the same (save for the knapsack worn by some), it was getting a little monotonous. At least all my other regiments on the to do list will show more variation. 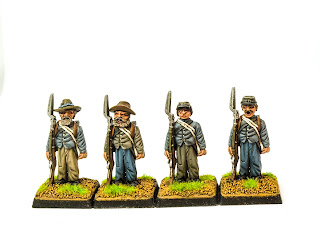 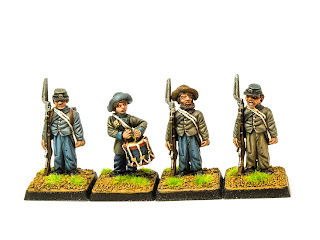 Up next will be John Bell Hood's command base which I aim to have done in a couple of weeks so keep an eye out for that.