Two figures in two months isn't a great turnover but the front rank of my Tilean spearmen unit is done. A combination of work getting increasingly busy, The Euros and the pub has contributed to the poor input but it looks like I'm back on track here. 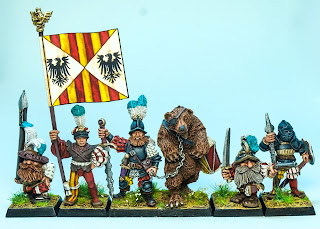 The latest additions are the sergeant from the Marauder Dwarf Regiment set and an unreleased Empire mercenary captain. I had to make a tough decision with the latter and strip the existing paint job as he was in another spearman unit but seeing as it's unlikely that I'm going to land another casting of this rare model it had to be done. Plus is saw his as an essential addition to this unit. 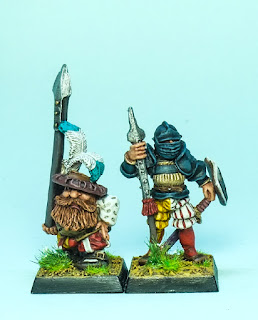 I've made a start on the second rank but I'm still missing three models so it may have to be put on hold while I'm tracking them down. 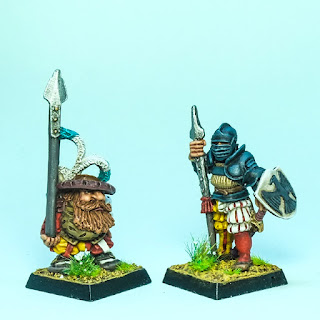 The shield is from the Citadel Goodly Knights of Law Speciality Set and ties in nicely with the eagle depicted on the regimental banner. 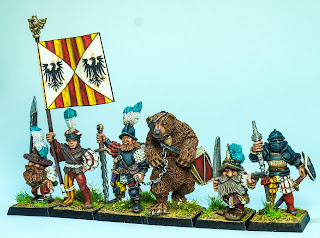 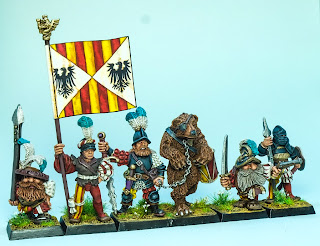 So the plan will be to paint the three spearmen I actually have and then while I'm tracking down the other three I don't have I'll be revisiting my Tilean halberdiers and hopefully wrap up that unit as I'm only needing another five of them to paint to reach completion!