It's been a bit slow going of late due to work being pretty full on over the last month but I've managed to get the next pair of Tilean mercenaries done to finish the command group. 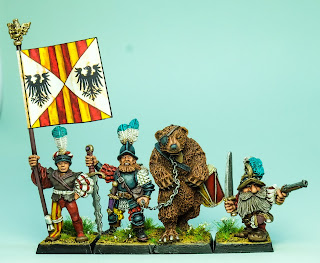 The standard bearer is a conversion of an Imperial gunner and the dwarf champion is the captain from the Marauder dwarf regiment set. The dwarf is more than a little off centre on his base but it was a case of having to so he can rank up alongside the bear. 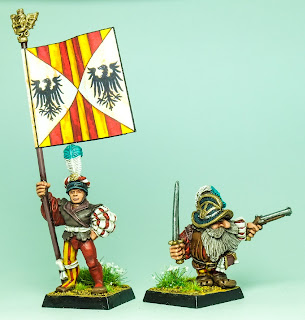 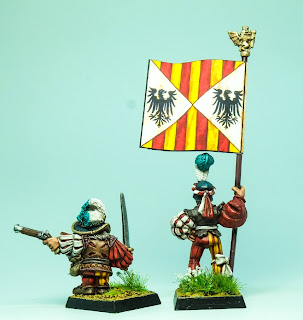 For some time now I've wanted to paint a mixed mercenary regiment of dwarfs and men and seeing how a number of the Tilean cities are populated by both, it seemed appropriate. 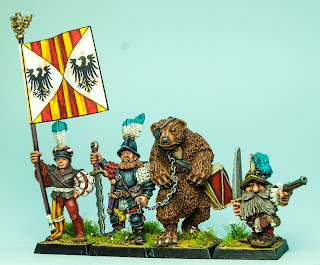 The flag is nicked from a Sicilian Condottieri design by the excellent Pete's Flags and fits nicely in with the livery of the unit. 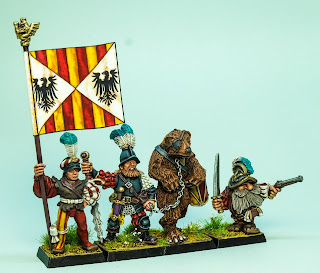 So there's two left of the front rank to get done, hopefully I'll have a bit more time to work on these over the next couple of weeks - if work permits.