If someone said to me after I painted my Rogue Trader warband back in 2017 that I'd not paint another 40k model for five years, I'd have probably laughed in their face. If someone had said to me years ago after painting my space marine army that I'd never paint another one again, I'd probably have agreed with them. 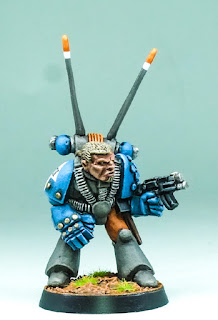 So, here we are. I'm not aiming for anything to big here, just a tactical squad to accompany an Inquisitor in terminator armour. 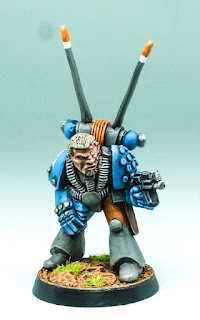 I've opted to kick off with my all time favourite space marine model, Brother Napier. Sculpted by Mark Copplestone, who is my favourite of the marine sculptors, Napier captures that classic 80's RT aesthetic, especially with that hairstyle. Like the army, I've gone for a made up chapter/colour scheme. No chapter name finalised yet, I'll probably wait until the squad is finished. 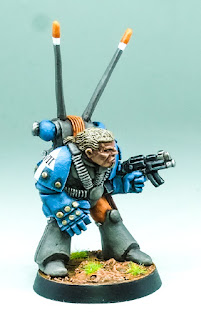 I wanted the armour to be predominantly grey and pale blue and decided to break it up with a small amount of orange. Also, he's sporting a classic rogue trader marine backpack with banner poles which aren't too easy to find these days. 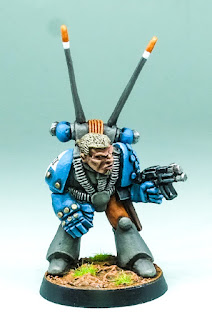 I've nearly wrapped up man #2 with man #3 ready to go and the Inquisitor is currently being stripped so I'll hopefully post another update next week, all going well. 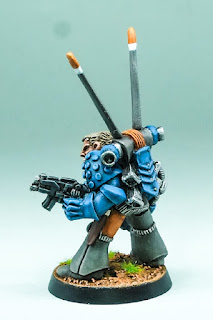